Trinity of Sin: The Phantom Stranger #9 Review: One Hell of a Read

Along with Talon, The Phantom Stranger was by far the book of the New 52’s third wave that I was most excited for. One starred a new character, and that was great, but the other starred a character I knew nothing about, and desperately wanted to see more from thanks to his appearance on Batman: The Brave and the Bold. Maybe it was the character’s mysterious nature, or the fact that despite all my fanboy research, I’d never actually heard of him up to that point. Or maybe it was just the fact that he was voiced by Kevin Conroy. Sadly, this is a title not a lot of people are reading, and I look at the sales figures every month, constantly more fearful that it will be cancelled soon.

So many things that happen in this book are just great, such as ethical debates with demons, ghost battles, slumming in bars with Jack Ryder, and my personal favorite, a poker game with the Sons of Trigon. So what new fun does this month’s issue bring to the table? Well…

The Stranger is looking for his surrogate family that has been magically abducted, a search that has brought him to Hell. As such, most of the issue takes place in Hell, where the demon Etrigan and the book’s current antagonist, the Sin Eater, guide the Phantom Stranger, leading him to his punishment. It explores themes of sacrifice, love, and what Hell is, stating that the greatest Hell is one created not by Lucifer, but one created in the mind.

Until now, Dan Didio’s been writing the book, but this month credits nobody but J. M. DeMatteis for the writing. Didio wrote the first few issues on his own, bringing on DeMatteis at issue #4 to write the actual script while Didio wrote the plot, and it was a great improvement. Didio had managed to keep the book interesting up to that point with really cool plot ideas, and while I wouldn’t call his execution or dialogue bad (especially not in issue #1, where the Stranger and Trigon share a simple yet wonderful conversation), it did leave a little something to be desired. DeMatteis brought that something and more, so it’s interesting to see him as the sole writing credit for this issue. I don’t know if Didio’s left the book, or just took off for an issue or so to prepare for Trinity War, or if DeMatteis is still following his plan or just doing his own thing with the plot now, but I like it. The writing is fantastic. The philosophical tone of the book and discussion Hell’s true nature is wonderful, and DeMatteis masterfully ties it into the plot, never making you forget it’s about both Hell and the story. I especially love the villain, the Sin Eater, who we learned all about last issue. This guy’s pure hatred for the Stranger and sadistic glee in making him suffer is such a great driving force for this story.

The Sin Eater is far from the greatest philosopher of our time, but he is still fascinating to read.

Really, Hell in the DC Universe is just amazing. Every writer seems to display it differently. Hell in Shadowpact is not is not Hell in Hellblazer is not Hell in The Phantom Stranger. How authors use it in Day of Vengeance is not how it’s used in Demon Knights. And each version is interesting, be it Sandman’s ruling unholy Trinity or Reign in Hell’s military command center. Or in this case, the Phantom Stranger’s mindscape, a place where every thought, every feeling, every action can and will be used against him. It’s just fascinating to look at.

On the visual side, The Phantom Stranger has had many artists, but this issue’s new artist, Fernando Blanco, is the best yet. Every other artist so far has presented things with a rough texture, which, while fitting for the story’s tone, wasn’t exactly pleasing to look at, and the book looks a lot better without it. The characters stand out more; bolder. It’s like you haven’t cleaned your glasses for a month, and you finally do so, and the world just looks so much clearer than it did before.

Magical effects such as this one have looked really murky in the past, but in this issue, we get to see them in the full beauty and clarity that they deserve.

Finally, there’s a lot of good stuff here for the DC fan. In addition to a substantial guest appearance by Etrigan in his first appearance in the modern DCnU (“modern” meaning outside of Demon Knights) since Stormwatch #14, there are also guest roles and cameos from the Justice League Dark, the Spectre, and appearances from recurring supporting characters Terrance Thirteen and the Question.

The only real complaint I have is the ending, and it isn’t even bad, so much as just not what I expected. It seemed like the book had finally ended the whole story arc about the Phantom Stranger’s search for his family, in what would have been a very poignant moment of closure. But in the last couple of pages, that closure is pulled away, and it seems we have one more issue of this to lead us directly into Trinity War. In the grand scheme of things, it’s not bad, but it’s like somebody giving you dessert before you finish your steak, then realizing you haven’t finished and taking away the dessert. Steak is still good, and I have no problem finishing it, but that cake looked really good.

This was one of the best issues of the comic yet, and a surprisingly good jumping-on point. All of the important plot information you need for this book has been recapped, so even if you haven’t been reading it in the past few months, you can actually just pick it up this month and go. You’ll learn about the Phantom Stranger, his family, his involvement with the Justice League Dark, and the Sin Eater all through the book’s dialogue. While there are a couple things that won’t make sense to you if you haven’t read past issues, it’s pretty friendly to new readers. As for the quality, this was a fantastic book, really good looking, with a great plot, tons of interesting ideas, and amazing dialogue.

Trinity of Sin: The Phantom Stranger #9 is on store shelves now, and available for $2.99 in stores physically as well as digitally on Comixology and Kindle. This series, especially this issue, is a treat, and if you have any interest in it at all, I heartily encourage you to buy it. You won’t regret it. 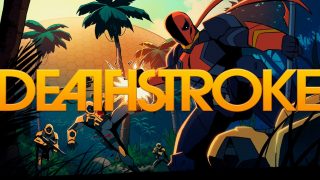