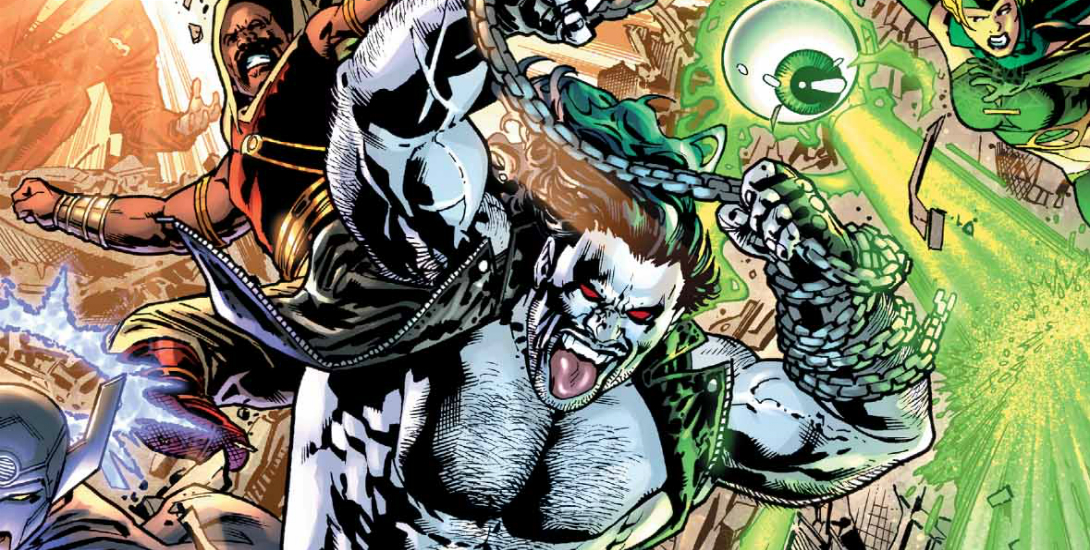 Summary
The lines have been drawn and it seems that only one team will remain! Max Lord and Amanda’s original Suicide Squad — Lobo, Johnny Sorrow, Rustam, Doctor Polaris, and Emerald Empress — have broken into Belle Reve to retrieve a weapon that Waller has in her possession. The only thing standing in their way? The combined might of the Justice League and Waller’s new Suicide Squad consisting of Killer Croc, Harley Quinn, Killer Frost and others! As the teams go to battle Max makes his way through the twisted halls of Belle Reve to retrieve the weapon.

Positives
This story just keeps getting better and better with every issue! Last time, we saw how truly badass Amanda Waller was — now it’s Max Lord’s turn! Williamson does a great job reminding us why Maxwell Lord is such a good villain. Not only that but we see some interesting and surprising team-ups to stop him! A funny one is Wonder Woman and Harley Quinn, who take on the powerful magician Johnny Sorrow. However, my favorite has to be Deadshot and Batman taking on Lobo! There are other team-ups that occur as well, and Williamson does a great job of making sure every character gets the right dose of attention. The book is full of characters but yet everyone gets the right amount of attention at the right moment.

Negatives
I really have nothing negative about this issue! So far the last few issues have been outstanding as we pretty much see a game of chess that’s basically being played by Amanda Waller and Max Lord, with all three teams being the pawns — whether they know it or not. I’m interested to see exactly what happens from here as toward the end Max Lord seems to have gained the upper hand, and with the power he has he could literally destroy the world.

Verdict
This book is strictly action with the appetizers being the story itself and that’s completely okay! Williamson does awesome work with the team-ups of heroes and villains along with the conversations that take place the action starts. It’s rare that I bust out laughing while reading a comic, but I found myself doing it here. Once you combine that with the art of Fernando Pasarin whose detail throughout the series has been remarkable, you instantly get a favorite. The story isn’t even over yet and I already know that this particular series is going to be a personal favorite of mine for a long time.