DC To Fans: The Resurrection of Milestone is At Hand!

In 1992, a diverse group of writers and artists broke away from the mainstream companies of Marvel and DC and gave birth to something unique and groundbreaking with DC as its uninvolved parent. Although some of them – notably the late great Dwayne McDuffie, creator of Static Shock – are no longer with us, DC Comics recognizes the cultural relevance of these properties, and on October 5 at the New York Comic Con, an announcement to the fans of that company will cause rejoice.

During the “Robert Kirkman: The Walking Dead, Invincible and Beyond” scheduled panel, DC Comics Co-Publisher Jim Lee is set to make the announcement of the relaunch of the Milestone titles. Further, Milestone will be tied in to Kirkman’s docuseries, The Secret History of Comics.

Although the line of books had been cancelled, some of Milestone’s characters have been kept in the public eye, most notably Static Shock, aka teenager Virgil Hawkins both as a successful animated series and New 52 rebooted character. Still, Milestone retained the rights to their properties, having only licensed DC to use their content. It wasn’t until 2015 when the combined powers of Reginald Hudlin and co-founders Derek Dingle and Denis Cowan reformed Milestone Media, and at the San Diego Comic Con of that same year announced the agreement to license the Milestone IP once more as a comic line.

At this time, DC had set up the idea of the Milestone co-existing alongside the New 52 universe in a reality dubbed “Earth-M,” which would allow for the launch of titles such as Static Shock, Rocket, Icon, Xombi, and others produced by DC’s top talent, with artists like Jim Lee and Bill Sienkewicz included. However, much recently in August 2017, Charlotte McDuffie, Dwayne’s widow, sued Milestone Media under numerous charges, such as “Fraudulent Conveyence,” “Civil Conspiracy to Commit Fraud,” “Intentional Interference with Economic Relations,” “Breach of Fiduciary Duty,” and “Aiding and Abetting Breach of Fiduciary Duty.” As to whether or not these lawsuits will have any impact on the company following the announcement at NYCC remains to be seen. 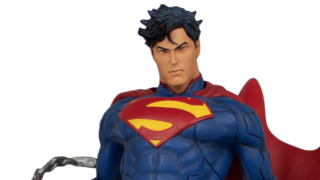 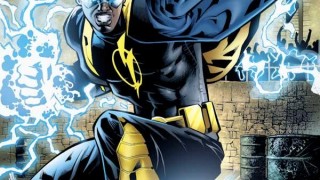