ARROW, THE FLASH, DC’S LEGENDS OF TOMORROW, and SUPERGIRL are Expected to be Renewed at CW 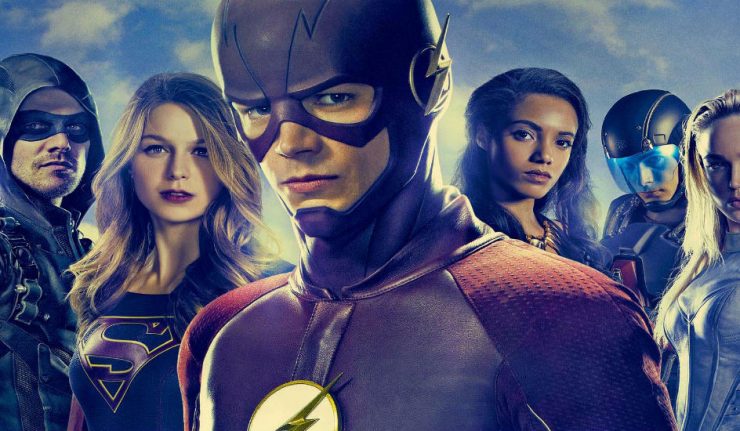 As of this moment, CW has yet to announce the season renewal of its DC Universe shows, but CW president Mark Pedowitz says that he is “confident” that all CW’s supehero shows will be renewed for a new season.

In an interview with Entertainment Weekly at a Television Critics Association event, Pedowitz shared his thoughts on the future of these DC shows:

“At the moment, it’s a little too soon. We’re noted for announcing at winter TCA that we’re picking up shows, we just weren’t ready to do that yet. A couple more weeks [and] we’ll probably get around to it. I’m pretty confident we’ll see them all back.”

In the interview, EW lists Arrow, The Flash, DC’s Legends of Tomorrow and Supergirl as part of the conversation leaving out the new upcoming Black Lightning series, but it was then included when Pedowitz mentioned “five” superhero shows – hinting the inclusion of Black Lightning. It was also explained in the interview about the decision to stagger the mid-season returns of Supergirl and DC’s Legends of Tomorrow in a rotating time slot which will delay Supergirl – and a desire not to flood their market with DC shows. Pedowitz explains,

“There was a little bit of a production delay [on Supergirl] We knew we were never going to air five superhero shows [at the same time.]. ‘Okay, there’s a production delay, let them figure it out, don’t worry about it, we put Legends in, so we’ll run Legends and then we’ll put Supergirl right after it.’ Supergirl running into the summer is actually better programming for us year-round.”

Next week will be the return of the DC/CW shows starting of with Supergirl on Monday, January 15. The Flash and Black Lightning will follow on Tuesday night, January 16 and Arrow on Thursday, January 18, while DC’s Legends of Tomorrow will replace Supergirl for nine weeks starting this February 12. Then Supergirl will return to its usual time slot on Monday from April 16 to June 18.