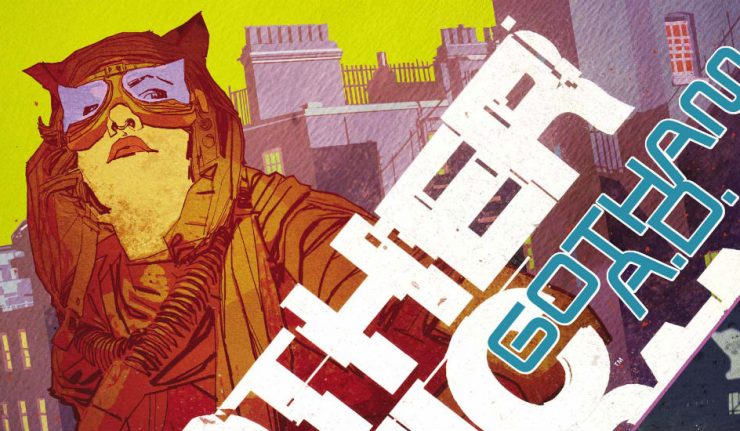 Violet, on information she’s gained from one of Catwoman’s associates is breaking into what used to be Arkham Asylum.  What she doesn’t know is that Dr. Harleen Quinzel has been discovered by Gala, and now imprisoned as well.  Harley is the first inmate that Violet finds and from whom Violet gets a more detailed location for her mother.  Violet breaks her mother out and learns that like her mother on her world she exhibits an ability to see the future and other worlds.  This is a critical moment in the arc as it is clear that this is not Violet’s Gotham in the future, but truly an alternate reality.

Gala regroups and is confronted by Violet’s brother who chastises Gala for letting his mother be taken away.  It’s clear that they don’t know that Violet is Mother Panic, yet Mrs. Paige does through her special abilities.  It is then quite a shock to see Gala lead Violet’s brother to the room in which this world’s Violet is being held in some sort of sensory deprivation stasis.

Meanwhile, the Joker finally gets his- he is apparently bludgeoned to  death by Jason Todd and a Joker imitator.  Catwoman releases the video to the media!

There are a lot of clever plot points in the issue that are laid like little mines.  They appear to fill in back story, but they actually complete the narrative so that the entire issue flows smoothly and effectively.  Nothing seems forced or cliched and it enhances the feeling of complexity in this familiar and unfamiliar world Violet is stuck in.

While this may not be Violet’s world, she is just as affected by the events as if was.  Her connection to her mother is engaging and it reflects back on her own world and their relationship.  We learn more about Violet’s mother here than we have so far in the entire series.

The back up story this issue is not nearly as interesting as the previous one.  It’s a simple recounting of how Harley and Ivy were torn apart when Gala “rebuilt” Gotham and how Ivy ended up in Robinson Park.

This is an extremely technically well executed issue especially in terms of plot.  It pays off not only advancing the story and raising the intrigue, but it reads so easily and and has a completeness to it not often found in comics today.  It’s like seeing the painter’s brushstrokes while being consumed by the whole painting. 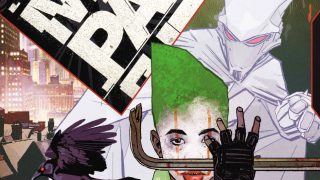 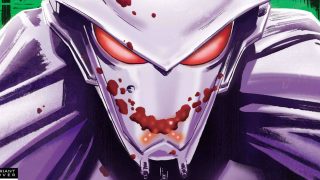