Review: The Batman Who Laughs #1

Left rattled by the events of DARK NIGHTS: METAL, Bruce Wayne must come face to face with the nightmares spawned from the Dark Multiverse. But even though evil devoured evil in the collapse of Challengers Mountain, the Dark Knight still has his doubts. He discovers that the Batman Who Laughs not only survived the fight with The Joker at the end of METAL, but now he is enacting a sinister plan across the Multiverse—something both terrifying and oddly familiar. But when Bruce Wayne realizes the only way to stop this madman is to kill him, he must consider violating the very rule Batman won’t break…the same rule that created this insatiable villain—the Batman Who Laughs! 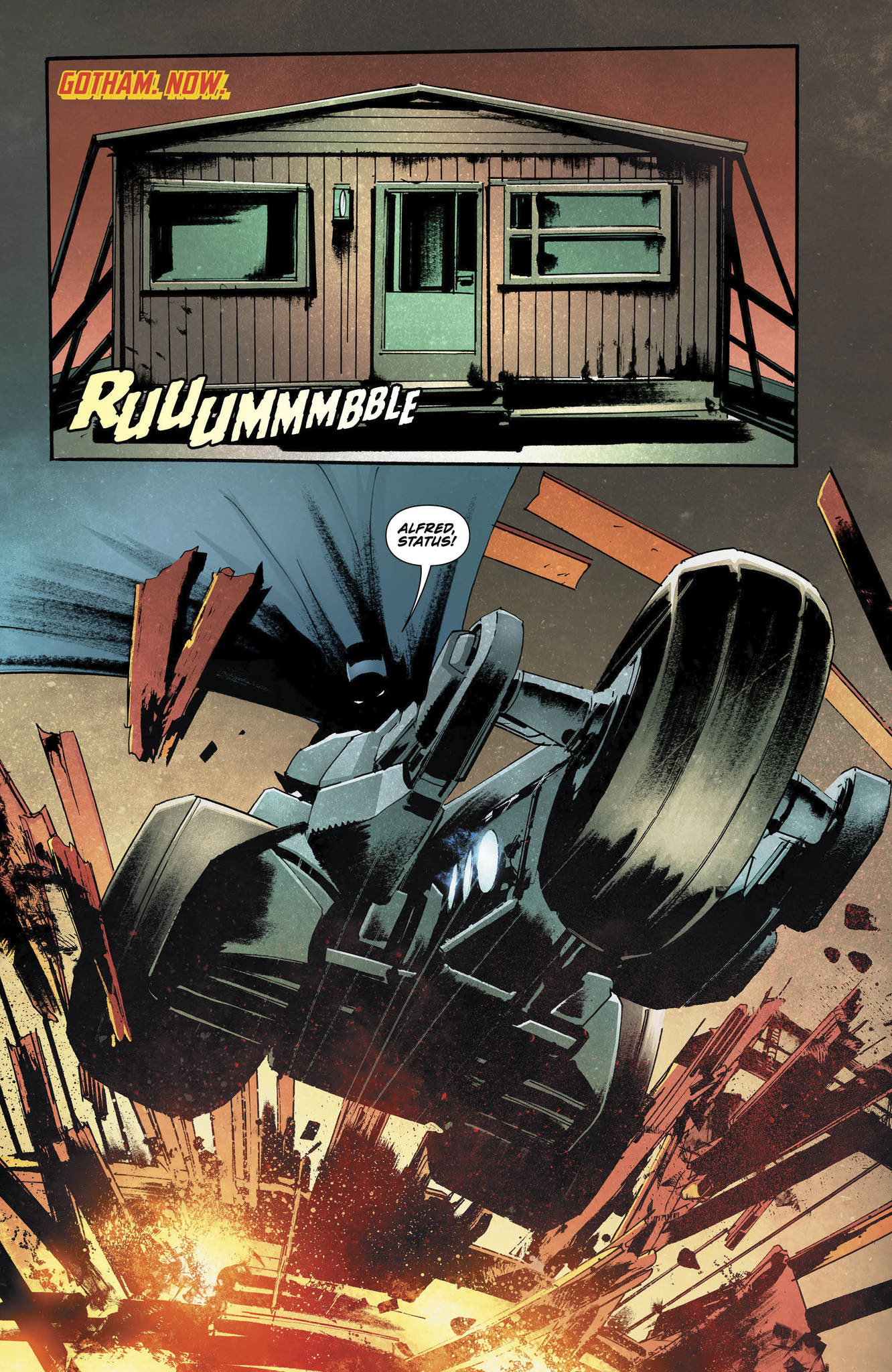 Where do I start?  First, Snyder has been building this for some time, and in previous issues of Justice League, we know that Lex Luthor has made a deal with the devil himself in the Batman Who Laughs to bring him back.  Also, we know that the Joker is not too keen about this creature having worked with Batman in the past to defeat him in the Metal Series.  But when have we ever seen the Joker do something so altruistic as to kill himself for the greater good?  Holy Emanuel Kant?  We’ve already seen one sacrifice to the Grim Knight…..what’s not to say that this Joker was not a pawn to ultimately beat the Batman Who Laughs?

How much can Batman take? His psyche has taken a beating and his level of self doubt is pretty high as we revisit his broken back by Bane as a turning point for the dead Bruce Wayne.  And the sense of loss of a child as he looks at the tattoo of a prospective daughter’s name on the corpse.  Left at the alter, and without NIghtwing, he is now infected with a toxin that will take all limits off his Batman persona.  How much amalgamation of Joker and Batman can one body sustain?  And if you look at the current titles of Batman and the stories he is involved in, he is being very “short” and “curt” with Alfred.  We thought Bane wore him out, but I think Batman is going to emerge a different person entirely after this tale. The only thing I can imagine is a form of Doomsday that inhabits the Man of Steel being more intriguing.

There are a few Canon pieces in the Batman mythology that everyone must own…. Death in the Family, The Killing Joke, Batman’s saga with Bane breaking his back and his battle back to assume the Mantle, Hush, Court of Owls, Frank Miller’s stories and now this…. Snyder has created various forms of the Bat in his Metal series, but now that the worlds have collided, he takes the ultimate Batman Who Laughs and uses that villain/anti-hero/hero and plays the ultimate Ace of Spades in a Batman Card game. 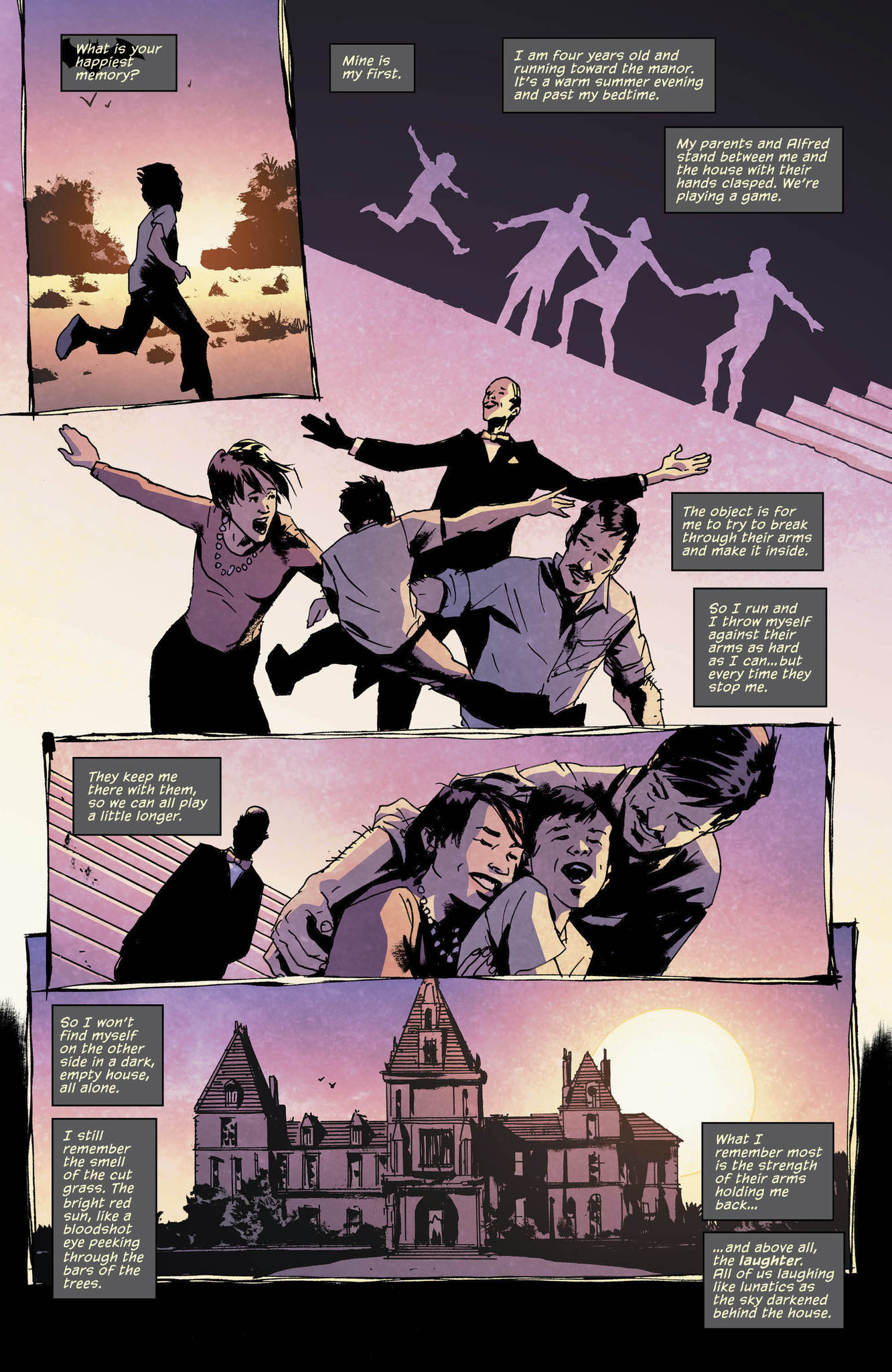 I didn’t think there were any other things you could take the Dark Knight through, but I was so wrong.  If only Greg Capullo could be the artist throughout the entire book.  This is no slight to Jock, but Capullo has a style that reminds me of Todd McFarlane’s intricate way of drawing Batman, and his Variant cover is so frameworthy!  The only thing negative is that we have to wait for the next issue! 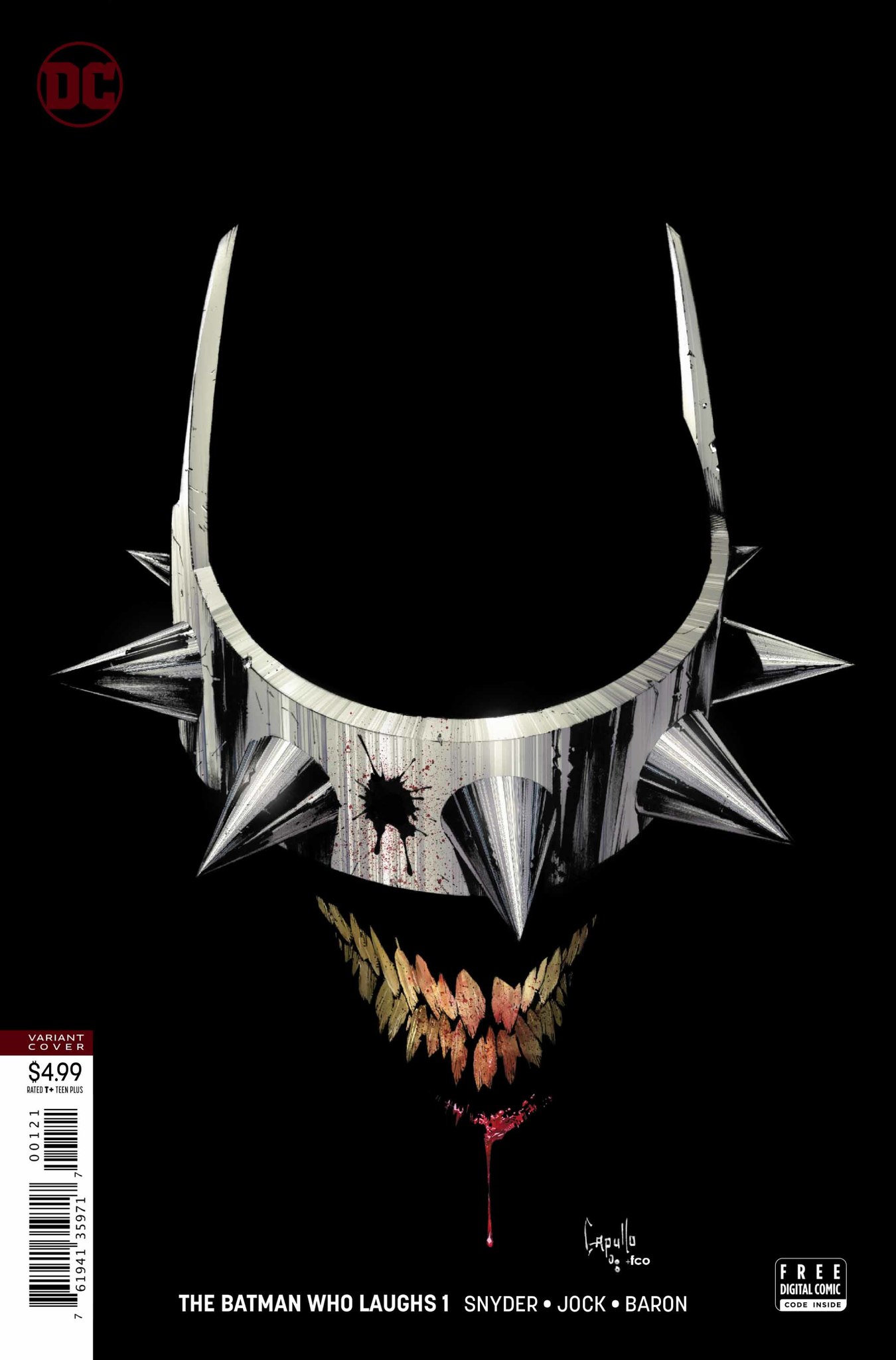 This character. The Batman Who Laughs, had me from the beginning.  The artwork of Capullo and Jock and imagination of Scott Snyder is well worth the investment into this series.  Plan now to visit all your local comic store to invest in this issue and the five more planned.  Move over Joker….. you have just been demoted to second string in the Rogues Gallery!