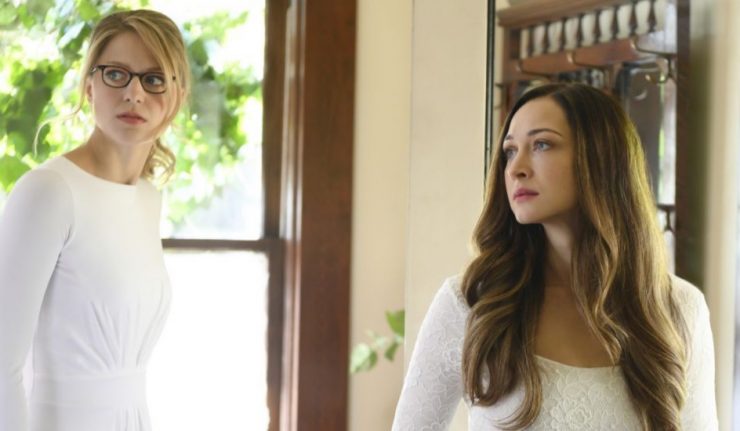 Kara joins Nia on a trip to Nia’s hometown to visit her family during the town’s annual Harvest Festival. While home, Nia’s mother encourages her daughter to embrace her destiny. Meanwhile, Alex deals with a street drug that is turning people violent and giving them temporary superpowers.

The consequences of Alex’s mind wipe are really interesting. Supergirl is a formative part of Alex and taking that away strips Alex of a part of her identity. It’s a fun conflict to have with Kara.

I like that the first real prejudice Nia receives for being trans is from her own family. It is a brutal scene but helps the episode make a lot more sense. I spent the entire episode wondering why Nia’s family wouldn’t even consider that she got the powers. And then when Nia’s sister lashed out, it clicked. The power is passed through women; they never saw her as a woman. That’s very sad but also interesting that in the context of this peaceful town that loves aliens, there still is a form of prejudice.

While I like individual elements and there are some really solid scenes, this episode didn’t really connect with me. It feels very filler. Time is clearly being wasted and the episode kind of drags.

I’m not sure how I feel about James in this episode. He’s compromising his beliefs to support Lena as he promised to. That’s potentially interesting; this entire season has forced James to confront his ideologies. It is a “wait and see” situation because it does kind of depend on where they’re going with this but something feels off.

I think this is probably my least favorite episode of the season so far. It’s not bad; there are some really cool moments and the story mostly works well enough. I just think it’s not as interesting or engaging as the rest of the season has been. The season is spinning its wheels but it is still fun.