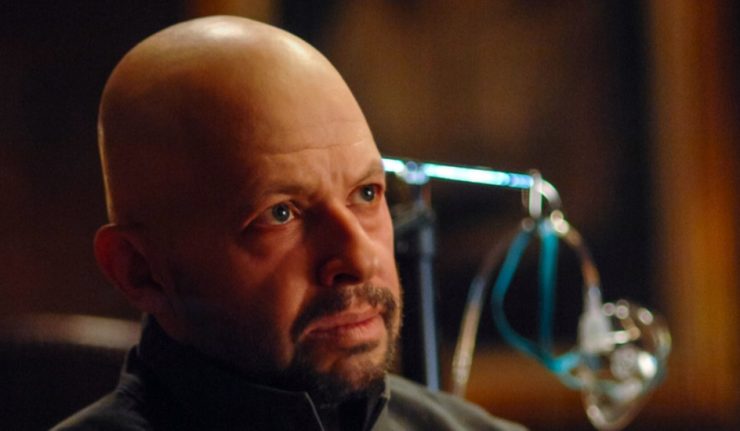 Secretly furloughed from prison due to failing health, Lex Luthor visits his sister Lena to seek her help finding a cure. Savvy as ever, Lena is suspicious of Lex’s motives, but when she’s faced with a life and death situation, she must decide how she truly feels about her brother. Meanwhile, Supergirl and J’onn face off against Manchester Black. James’ sister Kelly comes to town.

Jon Cryer is excellent as Lex Luthor. There’s a level of nuance to this take on Lex that is often absent in the live action interpretations of the character. The writers add a lot of humanity to Lex through his complicated relationship with Lena without sacrificing his threat. Cryer plays it perfectly with the right amount of sympathy, menace and charm. Additionally, the Superman IV references are a little clever and fun.

I loved Martian Manhunter’s story. There’s a Killing Joke element with Manchester doing everything he can to push J’onn over the edge. The conclusion to this is very sad but a great place to take the character.

Brainy has some really solid moments. Everything bad that’s happened is kind of piling on and taking its toll. He isn’t sure how to handle any of it and Jesse Rath is great in this these scenes. I also love that the one good thing that could happen to him, his relationship with Nia, is something he cannot have.

Kara is very secondary this episode. And that is okay to a point; these are long seasons and it is good to put the focus on the supporting cast especially Lena who has been underused this season. I just think it’s a shame that the really character focused episodes with the best writing tend to not feature her as heavily. There is a nice bit with Alex in which Kara prioritizes stopping Manchester instead of being there for James but it’s not a huge part of the episode.

This is a fantastic episode and one of the show’s best. I thoroughly enjoyed Cryer’s Lex; he adds a lot of dimension into this show both for the mythology of Superman and especially for Lena. The compare/contrast between these two siblings is great. J’onn’s story is strong and I’m most excited to see where that leads. I could have used a little more Supergirl but the excellent script and performances make up for that.