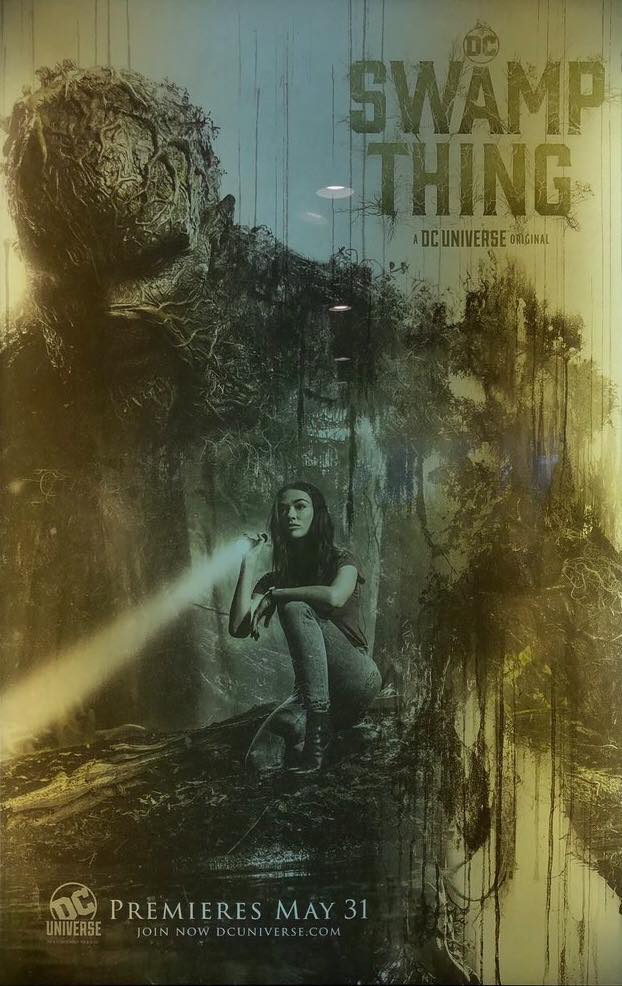 In Swamp Thing 1×09, Dr. Abby Arcane and her best friend Liz Tremayne race against the clock to save Alec Holland from the evil Clutches of Dr. Woodrue. Meanwhile, Avery Sunderland, Daniel Cassidy, and Matt Cable have so personal affairs to attend to.

Swamp Thing 1×09’s title and entire premise is quite tongue and cheek.  Whether or no they are trying to be serious the whole time is up to you, but there are some cheesy effects with the Phantom Stranger and the Blue Devil that make it hard not to laugh.  If you like cheese, you’re going to get a whole lot of it.  That being said, it’s really the only way to lighten up a very dour episode, so maybe it’s for the best.

Avery Sunderland has some settles to score and is back on his game.  Virginia Madsen gives her best performance yet before Maria is locked away, and it is enough to send chills down your spine.  Avery better watch out, because even if there’s only one episode left, we may not be done with her yet.

On the despicable human beings front, Kevin Durand continues to run away with the prize.  Performing a live autopsy on an awake Swamp Thing is exceedingly cruel, as is leaving his wife alone in the house when she is suffering from a very bad Alzheimer’s episode that day. He is very selfish and cruel, often ignoring feelings as a whole for the pursuit of science.  Swamp Thing is only part human, and Woodrue chooses to ignore that part altogether.

The most powerful emotional moments continue to come from Crystal Reed and Derek Mears.  The pain she feels when seeing Alec suffer radiates through the screen.  Swamp Thing’s deep sadness at the end is truly heartbreaking.  These are two individuals who truly care deeply for each other and both feel as though they’ve let each other down.  Maria Sten as Liz Tremayne also gives a great performance this episode as an extremely loyal and caring best friend.

Swamp Thing 1×09 is not for you if you don’t like cheesy effects.  There is no way to take Daniel Cassidy seriously as a character after the transformation we witnessed.  Also, this Phantom Stranger take is one of the most bizarre adaptations we’ve seen in awhile, and his casual western attitude makes it seem like he doesn’t care about the universe at all.  He may not, but he should at least give off the vibe that he’s some higher power.  There’s no aura of mystery or spookiness to the character at all.  He’s just kind of an asshole.

If you’re looking to take this episode completely seriously, this is not the show for you, but if you can appreciate some cheesy practical effects, you’re going to have a good time.