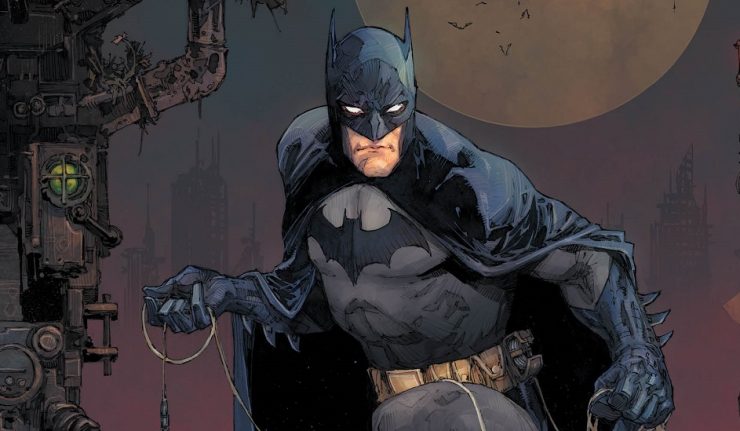 Batman turns to Mr. Freeze for assistance in cracking the chemical code to save the frozen victims, and Freeze learns there is a cost to reviving his beloved Nora, and not just to her.

This issue makes Nora’s turn more understandable.  Victor himself calls it when he begins to realize it was Lurhor’s serum that not only revived Nora, but also altered her somehow.  It’s a very powerful moment when Freeze realizes that he may be on the verge of losing Nora.  It’s played well, as he believes he’s created a monster when he observes Nora enjoying inflicting pain.  It makes Victor’s plight even more heart wrenching as it indicates that Victor can easily lose all he’s been fighting for.

Luthor being behind Nora’s turn mitigates what seemed like an odd change in Nora.  It felt slightly off last issue, and this puts it back on the right track.  One does wonder what this side effect means for all of Luthor’s gifts in the “Year of the Villain” event.  Whatever the gifts might’ve seemed to be, there’s a cost that one would expect could backfire on Luthor.  It certainly can’t solidify his position with his giftees.  This is a problem more for Scott Synder who’s directing the “Year of the Villain” over in Justice League.

Batman is often not seen as a team player.   In Detective Comics #1015, Batman has to rely on some help from Lucius Fox and Alfred in order to find the cure for Freeze’s frozen victims.  Like many moments in Tomasi’s run, it serves to humanize Batman.  He’s not always a big scary creature of the night, sometimes he can show his vulnerabilities and the ability to ask for help when necessary.  It’s nice to see Lucius play a more active role, as well.  Alfred’s always backing up the Bat, it’s reasonable to have an expert in another area part of the support crew.

The only thing that might be a possible negative goes back to Nora.  If it turns out that her personality change is just her and not a result of the transformation or a side effect of Luthor’s serum, the whole emotional aspect of this arc gets shortchanged.  Freeze continues to be a tortured soul that you want to empathize with, and a naturally evil Nora just seems a little too convenient.

I just don’t want to see Nora turn out to be bad.  Freeze’s emotional arc is selling this story right now, and how it concludes will determine the quality of the entire story line.  Nora’s turn to the dark side is troubling, but for now it builds the emotional tension. Definitely, don’t miss the conclusion!