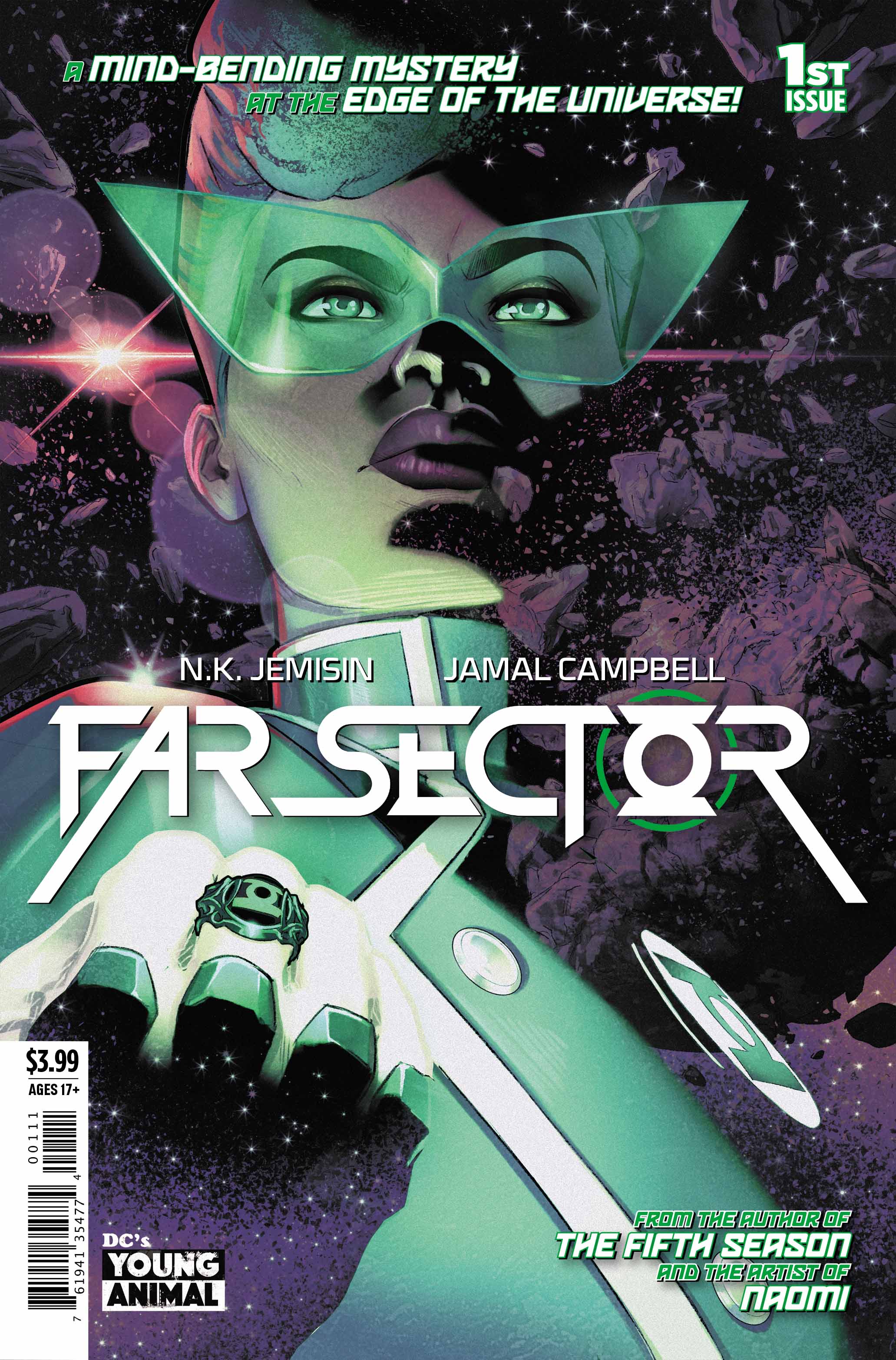 Green Lantern Mullein, is on a world in the space sector farthest away.   Not only is she mostly unwelcome, she’s got to solve the first murder in her career, and something’s just killed the suspect….

Jemison and Campbell have a lot of boxes to tick off as they introduce a new character, new setting and new aliens.  They do each successfully in Far Sector #1.  Sojourner “Jo” Mullein, is far from home, it seems that she’s far from everything, as she questions if her sector even has a number.  Lantern Mullein as she is known in Platform Ever Forward (the city she’s in) is the reader’s guide to this strange new world.  Setting the series at a distance from everything else in the DC Universe allows Jemison and Campbell unhindered creativity in their world building.  The familiarity of a Green Lantern, though provides the reader a known quantity in this brand new world. 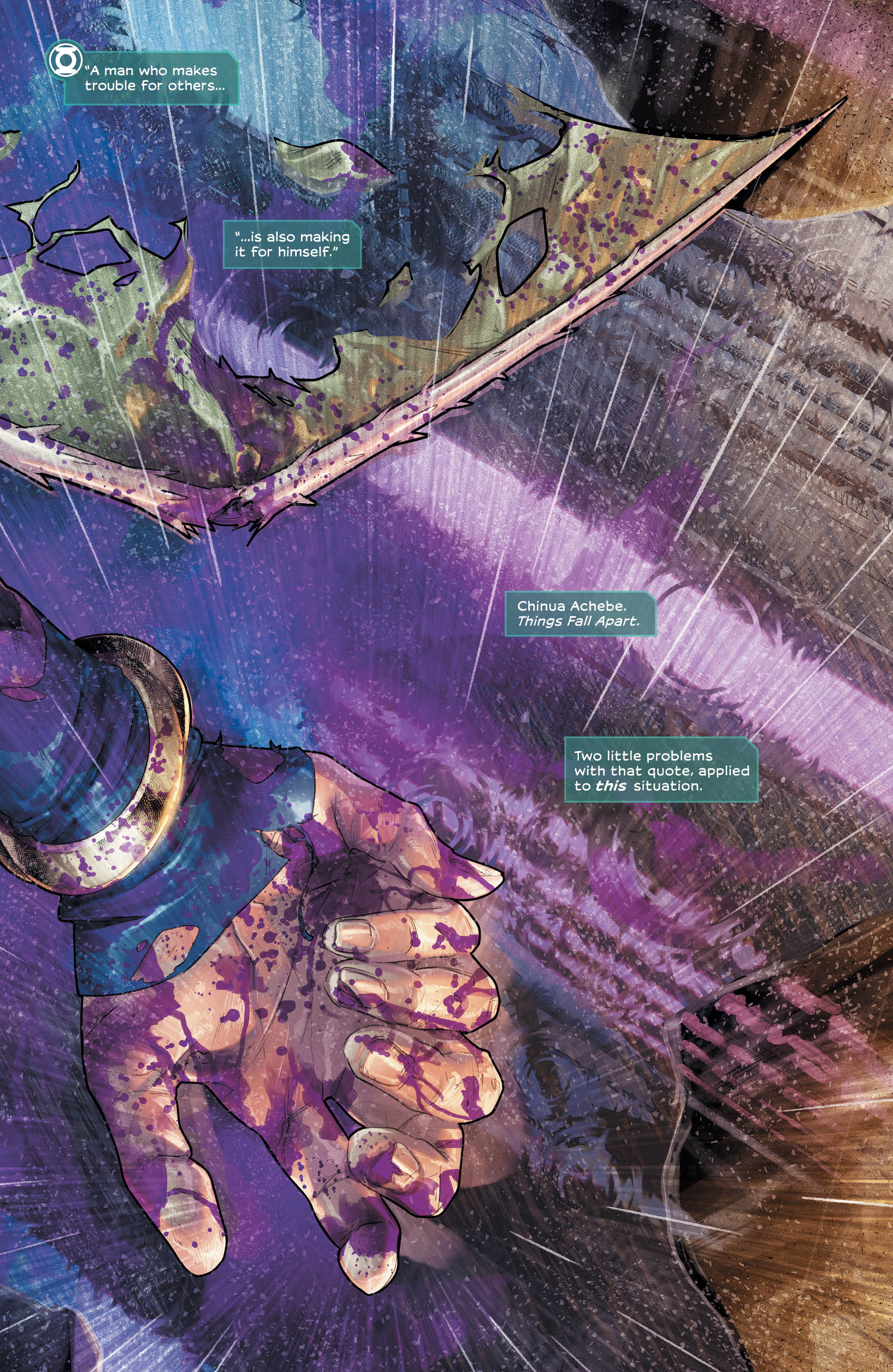 Jo seems fairly well rounded in her first appearance, she’s not a know-it-all, but she’s confident.  She’s not always welcomed in her alien surroundings, but she doesn’t take any crap.  She’s wary of the three alien races with which she’s interacting, but can figure out when to trust.  She’s likable, but not transparent.  For those interested in diversity in comics, Jo is presented positively as a strong woman of color.  I’m sure her name, “Sojourner,” is designed to connect her character to Sojourner Truth, ex-slave, abolitionist and women’s rights activist.

The world she’s on has three different races- all of whom are slightly hostile to each other.  Individual names are nearly phrases sometimes.  It’s a quirky approach, but also unique, always sparking Jo to some sort of internal commentary.  While Jemison reveals a bit about these races histories, there’s a lot left to be discovered. 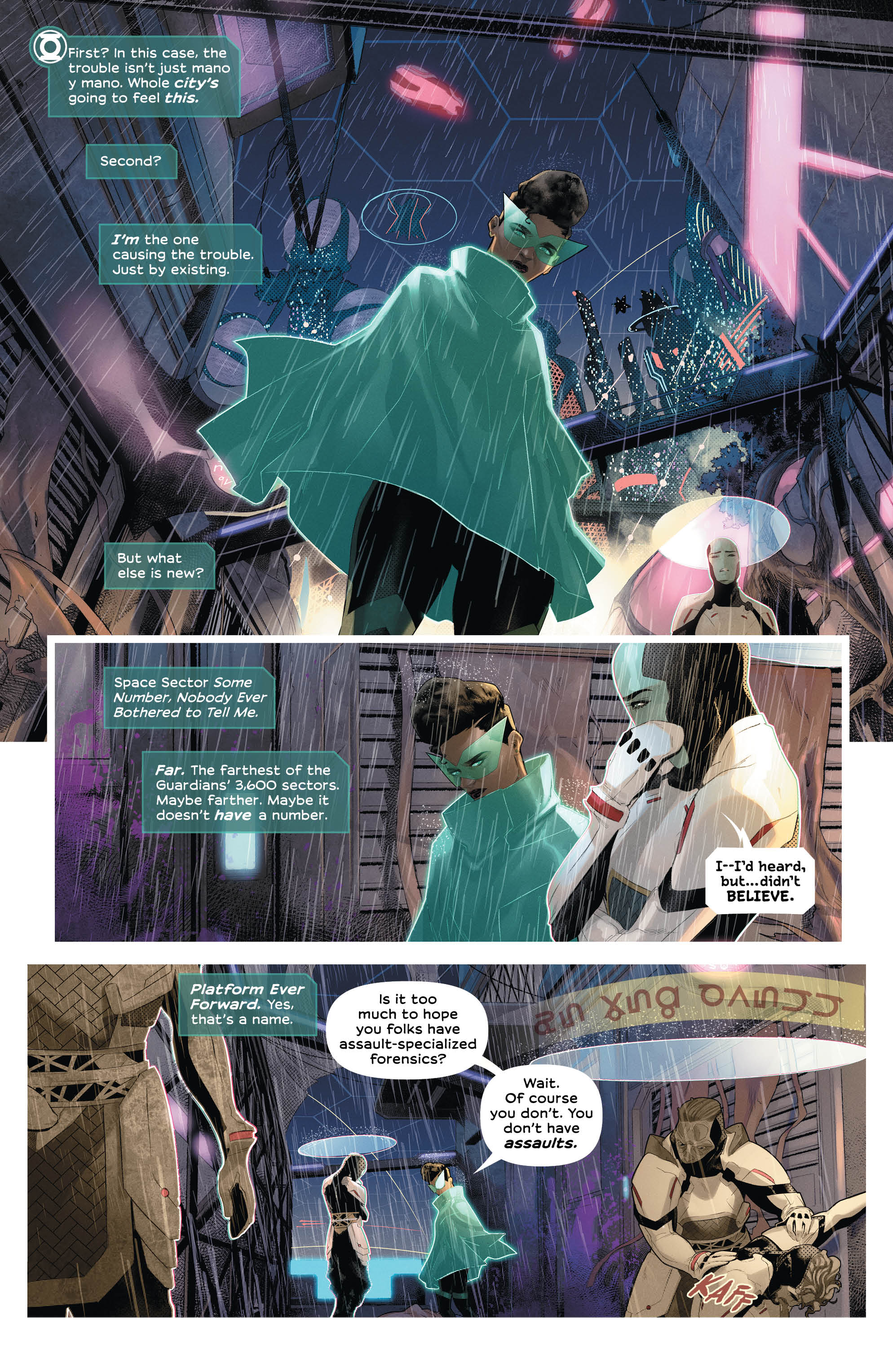 There’s definitely a Blade Runner feel to the world.  Not only is it raining perpetually, but the tall lighted buildings and camera angles recall the film as well.  Even Campbell’s colors wash things out in a blueish tint.  It’s homage in a good way.

There’s nothing overtly negative, it just depends where things go from here.  If anything, there’s no clear element that makes this a Young Animal title.  Perhaps, that will come later. 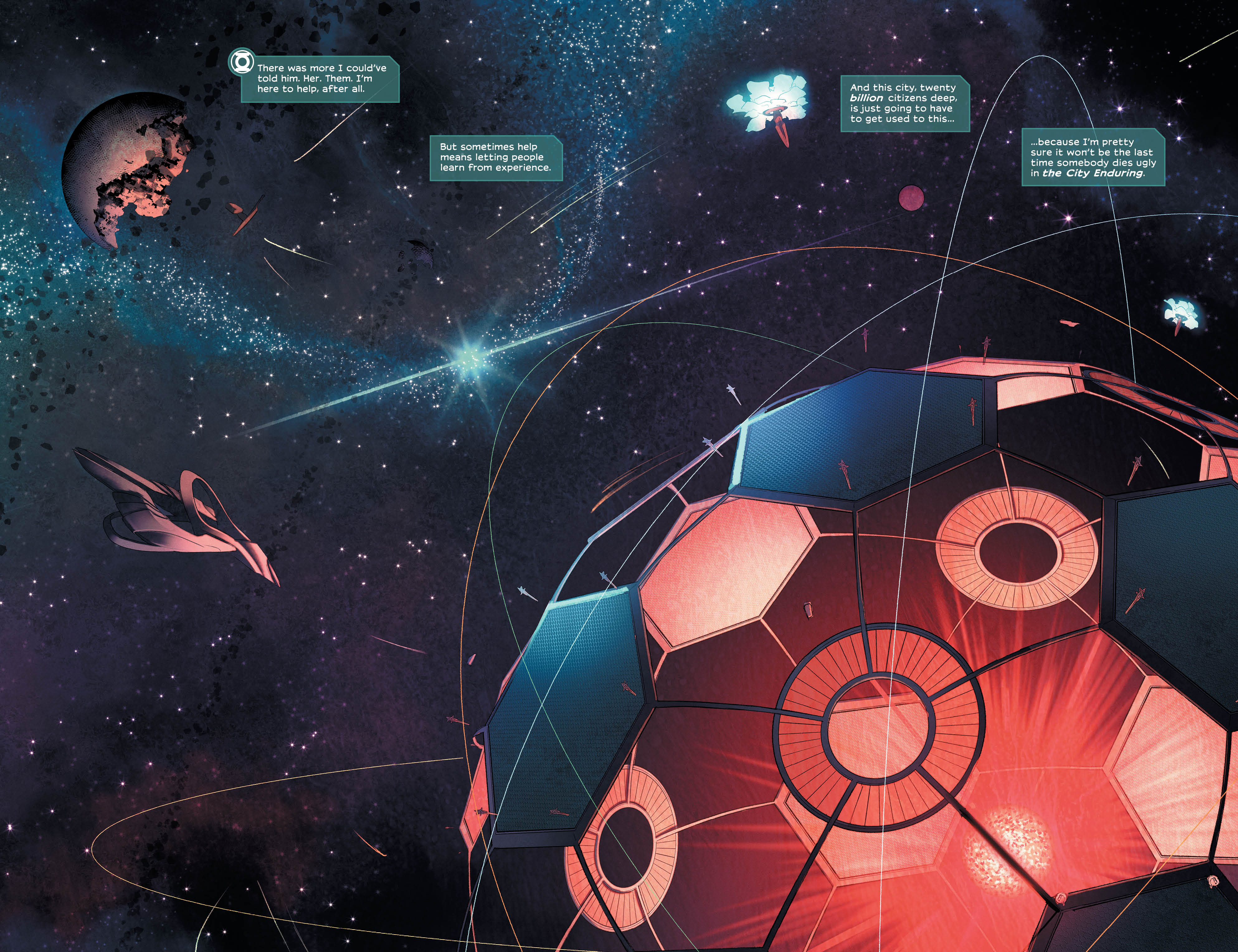 N.K. Jemison and Jamal Campbell get off to a good start in Far Sector #1.  Lead character Lantern Mullein paves the way for the reader through this strange world as she investigates her first murder.  The final twist on the last page is enough to bring the reader back, even though Mullein’s character, alien races and the city of Platform Ever Forward are more compelling.  There’s solid world building and character work right from the start!