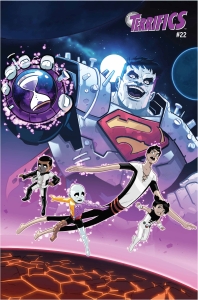 The Terrifics #22: The Terrifics have failed, and Bizarro has turned back the clock on Gateway City! With the twisted Man of Yesterday in control of time itself, the Terrifics must battle their way back from the dawn of human history to survive! That is, if the Terribles don’t find them and kill them first. Things am not looking bad, me don’t declare!

The team’s conflict with Bizarro and the Terribles continues, as the villains’ manipulation of time gets worse. Mister Terrible’s invention has turned time back, but in a haphazard uneven way. DIfferent historical eras are bleeding together, with dinosaurs side-by-side with medieval castles.

Furthermore, the Terrifics themselves have been de-aged to children. Unfortunately, their powers have diminished as have grown younger. I enjoy experiencing the team as little kids. It reminds me of DC’s Sins of Youth event. In fact, Plastic Man and Mister Terrific were among the heroes turned into children during that event.

I also like the inclusion of Boyzarro in this storyline. I’m glad that this character that Tomasi introduced in Super Sons is still in continuity. Too bad Jon Kent wasn’t also in the story. The de-aging of the heroes could be used to set him back to his proper age. 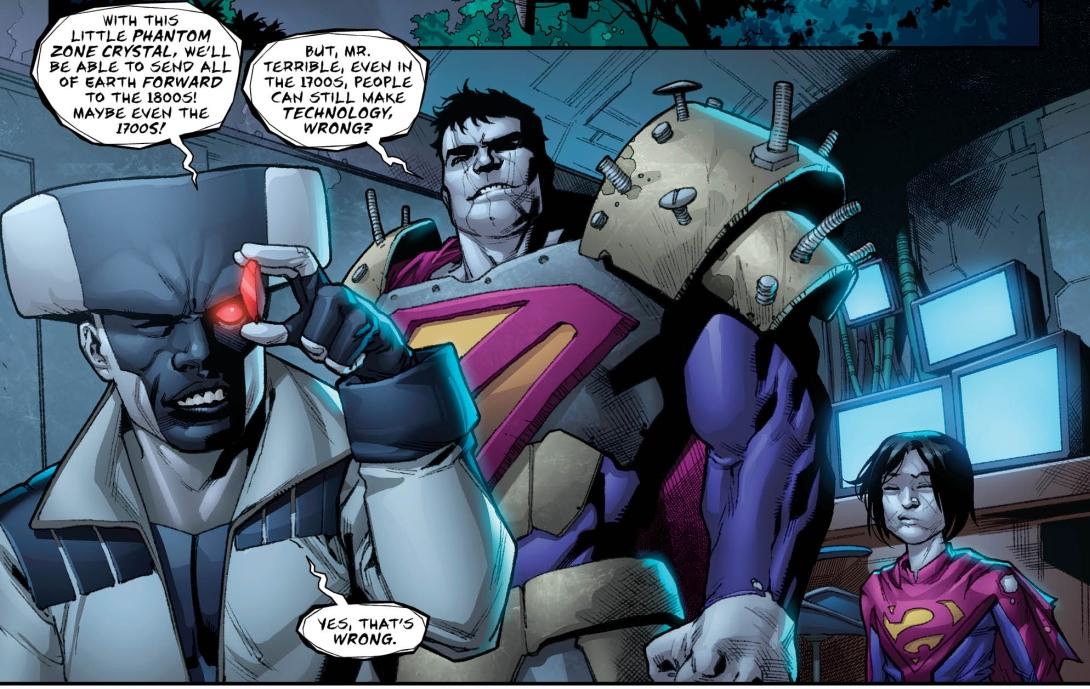 We also learn about how Metamorpho as a young Rex Mason had a love for dinosaurs. Rex explains that his childhood enthusiasm for them is the reason he got into adventuring in the first place, having dreams of digging up dinosaur bones. It also perfectly sets up a scene where Rex uses his powers to transform into a “Tyrannosaurus Rexamorpho”, as Plastic Man describes it.

A worrying situation is caused by the fact that Bizarro and Mister Terrible stole the essence of Phantom Girl’s homeworld of Bgztl to power Terrible’s time device. This seems to cause Bgztl to wink out of existence altogether. It is likely that the team will have to come to the planet’s rescue in the near future. This is sure to be a painful reunion for Phantom Girl, considering that she ran away from her home planet to avoid being forced into marriage.

And if things weren’t bad enough, Bizarro decides that this whole adventure has provided him with the “worst” day of his life. Therefore, he instructs Mister Terrible to repeat the day over again. So, Terrible puts the world into a time loop. Bizarro declares, “Ha ha! Loop time! That am my terrible idea!” It looks like Bizarro’s backwards speech unintentionally stated the literal truth for once.

While Bizarro stories are fun, it can be somewhat taxing for readers to follow the backwards Bizarro-speak. With several Bizarro characters featuring heavily in a multi-part storyline, it’s getting a bit overwhelming. As amusing as this story is, I hope it gets wrapped up soon. On the other hand, I wouldn’t be averse to seeing the Terribles making a return appearance at some point in the future. 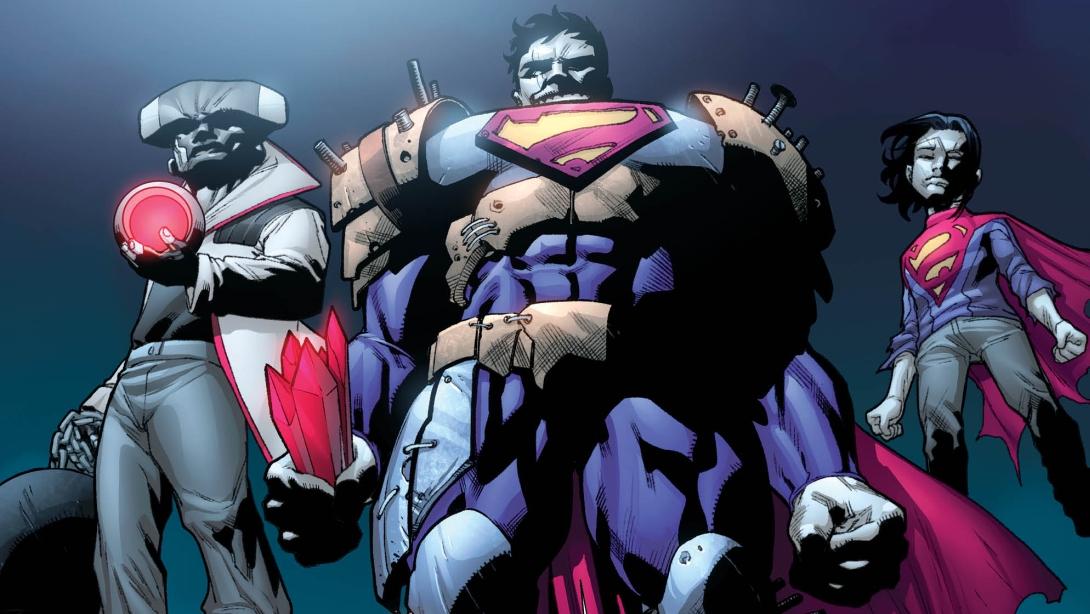 The Terrifics #22 is another fine issue in a truly great series. I hope DC appreciates what a great series they have here. The Terrifics never fails to be a fun and entertaining reading experience.