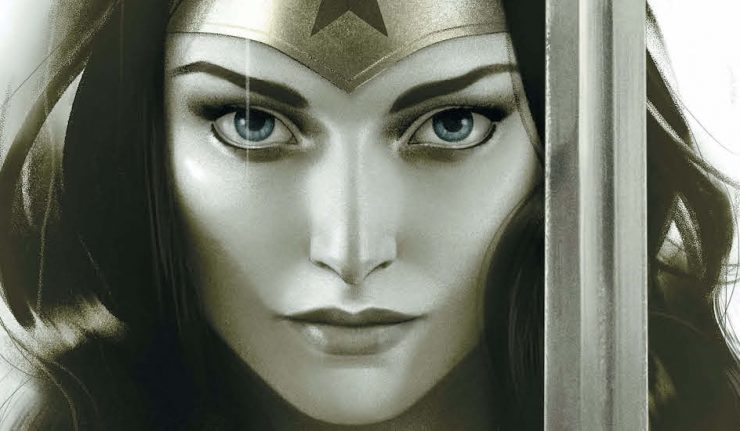 It’s the team-up no one saw coming: Wonder Woman and Maxwell Lord! This evil jerk has returned to Diana’s life, but is Max here to save the day? With a new psychic phenomenon affecting more and more people, Wonder Woman is going to need all the help she can get to contain this frightening new warping of the mind…

The interior art is also solid. I like the colors. And it’s well detailed with a cool style. I miss Emanuela Lupacchino but it’s still good work.

I love seeing Diana fight through the hallucinations. She consistently sees the people she’s talking to as villains such as Cheetah and Ares. Wonder Woman represents truth. I like that this story is essentially about that with Diana having to fight through the lies right in front of her.

Wonder Woman teaming up with Maxwell Lord is interesting. I appreciate that the issue caught the reader up to speed in terms of continuity. Ever Rebirth, continuity has seemed a little fluid and it can be hard to keep up with. So it was cool to know that, essentially, Justice League vs. Suicide Squad is the main story with Maxwell Lord that counts.

It’s always fun to see heroes teaming up with villains. Maxwell Lord offers solutions that are morally questionable but arguably more effective. Diana fights for the safety of others. That moral tug of war is interesting. And it will obviously have consequences as deals with the devil often do.

I like that the hallucinations are caused by smart phones. Our technology can very easily be used to take advantage of us. And while we all know that, we don’t do much. We just kind of accept it. I love stories where that idea is taken to its extreme.

The cliffhanger is great. While I suspected part of it, I would never guessed why. It’s a great reveal that plays well into the story and makes me excited for future issues.

There are negatives worth mentioning.

I love this issue. It’s a great continuation. Mariko Tamaki raised the stakes with engaging revelations. The art is solid and I like how much of  struggle this fight is for Wonder Woman. It’s difficult when you can’t trust your own eyes. It’s a great book.