No Batman Day Comics: DC Has Some Explaining to Do! 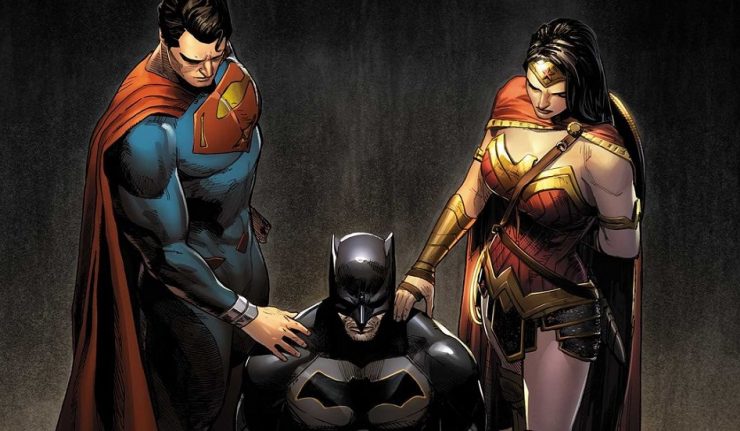 No Batman Day Comics? Really? On his 80th Anniversary? What the frack, DC?!

With the release of the groundbreaking Detective Comics  #1027 last week, one would expect DC to have a Bat-gasm of books to commemorate this occasion. The brainchild of Bob Kane and Bill Finger that has dominated every platform since his debut in 1940 deserves a fanfare the likes of which can be seen from the stratosphere. With Matt Reeves’s The Batman back in full production, it would surely have been a no-brainer for DC to capitalize somehow, yes? Further, they would have had dozens of Bat-books, both new and old, to commemorate this celebrated hero’s 80th anniversary, right?

Sorry, no. The pandemic is obviously the reason for no in-person gatherings and exhibits. But is this turn of events only related to COVID-19?

Although there had been planned events, nearly two weeks after the announcement, DC released the following statement:

“Due to the ongoing global health crisis, this years’ Batman Day will differ from our past blow-out celebrations. As with many events, we have pulled back from the physical elements of Batman Day, which is why there are no printed comic books for Batman Day 2020.”

However, fear not, for DC had virtual and in-game substitutions for physical enjoyment on Batman Day with limited “physical elements” via Wal-Mart and Target promotions. DC also had Joker and Catwoman masks printed and available.

But why no Batman masks?

No explanation was given, but these masks were interestingly shipped out from Diamond Distributors, Ltd., which had ended its 25-year relationship with the publisher. DC has found alternative distribution sources in North America; Diamond is temporarily retained, however, for its UK distribution.

This is surely a mystery that is worthy of Batman himself to take upon his shoulders. Fortunately, Detective #1027 had a dozen cover variants plus a blue blank variant, so fans still got their hard-copy fix.