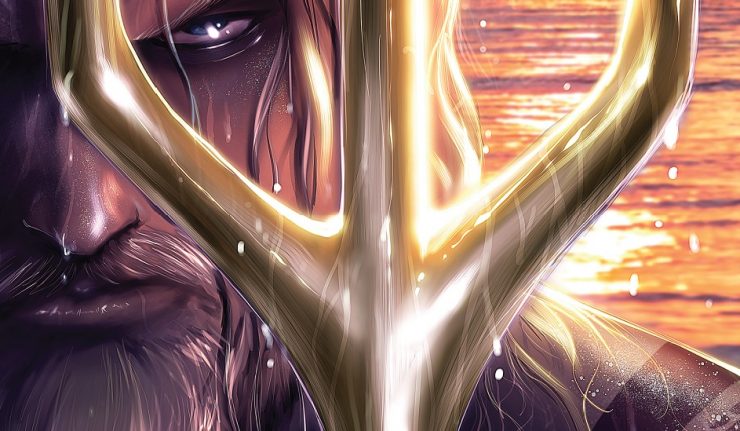 Jackson Hyde’s journey to Xebel continues as he joins forces with the Xebelian army to fend off an attack by the Trench. It becomes a turning point in Jackson’s relationship with his father (Black Manta) and “grandfather,” Jesse.

Like last issue, Aquaman #63 focuses on Jackson Hyde and his growth and development.  Interestingly, it’s a wonderful sidebar to the current events surrounding Arthur, Mera and her wedding to Vulko.  While last issue was more centered on Jackson, proper, this issue provides Jackson with a turning point moment in his relationship with his father and grandfather.  Jackson really comes into his own as he rises to the occasion when he joins the Xebellian army to fight off the Trench.

Aquaman #63 continues directly from the end of Aquaman #62 with the creatures of the Trench invading Xebel.  Jackson throws in with the army with Ha’wea vouching for him having seen that Jackson is an aquakinetic.  It’s a great start to the issue as it gets things going quickly.  It’s an exciting moment as well, executed at a high level by Clark, Santucci and Fajardo.  The double page splash page is fantastic!

What makes the issue really special is that the decisions Jackson makes create a turning point for him.  He not only eventually stands up to his father, but he also tells grandpa Jesse exactly what he thinks.  Jackson has his morality from his mother and it stands in clear contrast to his father and grandfather.  While Black Manta may not come around, grandpa Jesse does have a change of heart.

This is a really nice moment as we see Jackson come into his own and be his own man, but grandpa Jesse is able to recognize his own shortcomings.  And, it plays out nicely as he encourages Jackson to give Ha’wea a proper goodbye.  It’s also a great example of how, through love,  people support those they care about.  This should resonate with all readers.

After successfully repelling the invasion, Jackson visits his father, having refused to plant the device that would’ve allowed Black Manta to sneak into Xebel.  With the support of his grandfather, Jackson is able to tell Manta exactly what he thinks and stands up to the iconic villain.  He does this having already been told by Manta that he will come after Jackson and his mother if Jackson failed to cooperate.

There’s a future plotline seeded during Jackson’s confrontation with “the king of the Trench?” He tells Jackson he will remember him.  Jackson has made an enemy of the Trench and they know exactly who he is.  This sets up the possibility of a storyline dripping with potential.  This still reads like an audition piece for a Jackson Hyde, Aqualad series by Clark and Santucci!

The only negative is that in two issues, Clark has developed a more interesting story than DeConnick has in the majority of her entire run on Aquaman.  Clark is exploring and building Jackson’s character, which stands in great contrast to DeConnick devolving Aquaman over so many issues only to have him quite suddenly become recognizable through off panel events.  He still needs that trip to the barber, though…where do I send the two bits?

If you enjoyed Aquaman #62, then Aquaman #63 is a must!  These two issues are more satisfying that the majority of DeConnick’s run on the title.  Jordan Clark does a great job of developing Jackson Hyde’s character and hitting all the right story beats for a compelling turning point moment in the life of a young man.  Even if you aren’t reading Aquaman, these two issues are an entertaining read and an example of how good comics can be.  Let’s see if we can’t get a Jackson Hyde series by this team! 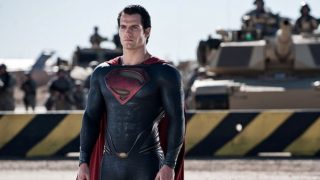