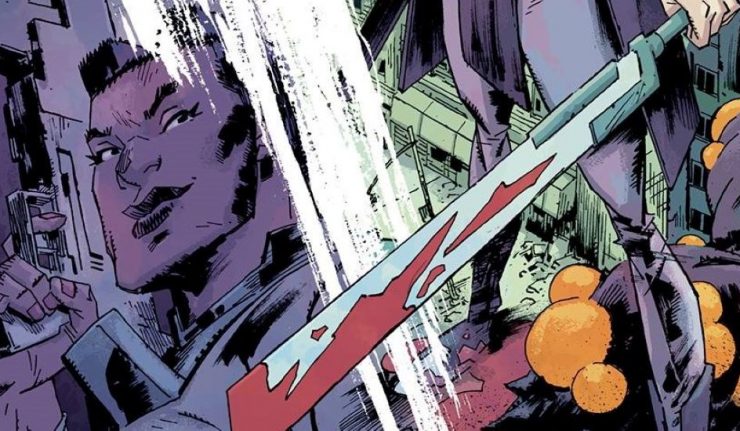 With the Preserve threatened by monsters, can even the great Apex make a difference? As Ember faces her worst fear, Gulliver shares a secret, and Martin makes a decision.

Big Girls #2 writer, artist, colorist Jason Howard told us that issue two was going to be special. He did not let us down. This book has everything you could ever want. The plot is moved along beautifully. Howard has clearly taken his time and has a long term plan. Because of that, he does not have to bring in Captain Exposition to fill us in on everything. He just lets the story unfold at a solid pace.

Envy is such a perfect character. She is young, but she is a warrior. There is something innocent in her even as she slaughters the Jacks, the monstrous boys who turn into monsters. We learn to love her even more in this issue as she is juxtaposed with Apex and Gulliver. It is smart of Howard to show us that there are other kinds of Big Girls. They are not all as pure of heart as Envy. Also, the fact that he calls one Gulliver and then has a Gulliver’s Travels scene in this issue is genius.

He manages to balance out small panels and splash pages expertly. There is one splash page in this book that is epic.  I am not going to share that one because I want you to go buy the issue. I will show you some of his magnificent work below. Keep in mind he is doing the pencils, inks AND colors. You should stop and think about how hard that has to be.

Big Girls #2 is so good. I have no complaints except to say that I kind of wish Jason was releasing this every week instead of every month. He is doing all the work himself so that isn’t going to happen anytime soon, but still.

Big Girls #2 is essentially a perfect second issue. As if the first issue did not have enough awesomeness, Jason Howard decide to prove he can fit 10 pounds of greatness into a 5 pound bag. There is not one wasted panel. He tells his story without bogging us down with exposition. If you have not picked this up yet, you are missing out. 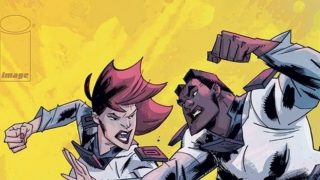