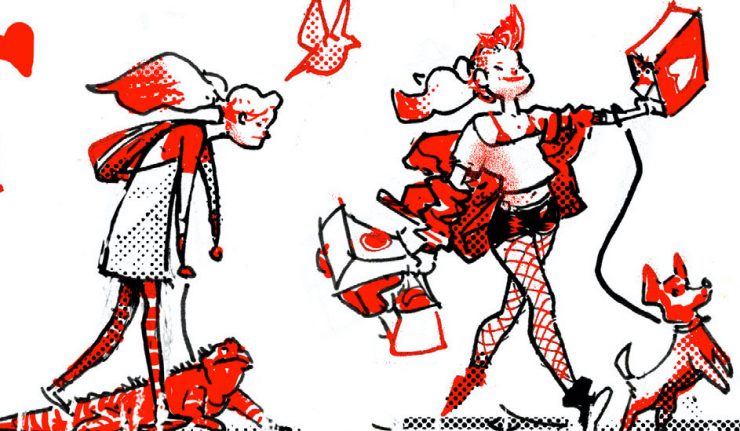 It’s the history of the life, the universe, and everything as told by HARLEY QUINN! From the big bang all the way to the end of the world! This one has got it all! Spaceships, parades, prison breaks, copious amounts of costume changes and most importantly: Harley, Harley, and more Harley!

There are a lot of great visual references to different versions of Harley. Batman: The Animated Series, the Birds of Prey movie and the Harley Quinn animated series were the ones that were most prominent but the issue is full of easter eggs that are fun.

The basic premise of this is that Harley reads a biography of her life. Which starts a little dull because I’ve seen Harley’s origin a bunch. But the issue then goes completely off the rails as Harley embellishes her own story. I thought that was very fun.

I am not a big fan of the cover or the interior art. It’s not terrible but it’s a little chaotic for me. I like the color scheme and some of the visual jokes and references are great. But I find the art to be distracting rather than engrossing. It’s a stylistic choice that I’m sure some people will and do enjoy. It’s just not for me.

This issue is a mixed bag for me. I enjoyed a lot of the humor and I loved the misdirects. This issue goes off the rails in a way that I found charming and entertaining. But the art kind of kills it for me. I find the style unappealing but there’s still a lot of fun stuff in this chapter.