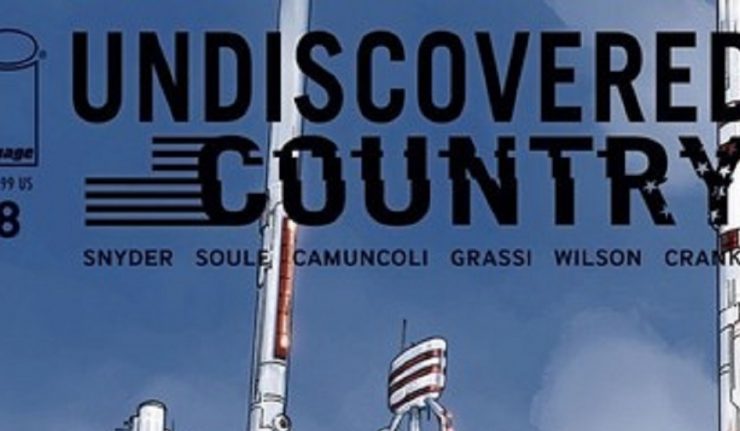 Part Eight – “UNITY,” Part Two JOURNEY DEEPER INTO THE UNDISCOVERED COUNTRY…guided by a familiar but unexpected face, our group treks into what was once the Pacific Northwest—a strange land where every living thing is networked together into a bizarre matrix built amid massive monuments to American technology. Hardwired secrets lurk deep in this dark place…

Dr. Sam Elgin/ Uncle Sam was last seen dying at the hands of the Destiny Man.  Now he is before the team standing as their guide in their second zone of thirteen US zones or territories (Get it….thirteen colonies.  We are now back to thirteen territories).   Interspersed with learning that this zone is appropriately named “Unity” the team is attacked by living technology in the ground.  The team is none too impressed with all the mystery as siblings Daniel and Charlotte don’t exactly trust Sam as he is seen as the one that robbed them of their parents.

Writers Scott Snyder and Charles Soule are providing a “white washing” view of Unity.  Everything is linked through technology…even the birds that fly in the air.  Everything is lily white and this zone is not diverse but is a celebration of being uniform and “the same”.  Aurora is introduced as an all knowing being that obviously has a leadership role outside of the Destiny Man’s land.  could Aurora and Dr, Jain be one and the same?

The writers also provide a background of how the United States “Sealed” itself from the world with the Daniel and Charlotte’s parents being pivotal to the US in being sealed as well as getting their kids to safety (?) outside the confines of the US. Does this hint of any Krypton issues here?

Fitting enough in a zone with technology so far advanced of others, Dr. Jain provides a resting place for the team that is exactly the same as Daniel and Charlotte’s childhood home…complete with their parents.  If it is too good to be true, it is the reflection of Unity that Snyder and Soule are providing.

Know your American History and Politics.  It will make the Easter Eggs you find that much better.  “This land is your land….this land is my land….  this land was made for you and me!”

I swear these authors have either watched Lost by JJ Abrams, or watched Community where Abed kept creating alternate time lines.  Does time march on, freeze, or fast forward within these borders?  Is there a cure for the Sky Virus?  And how does Uncle Sam reincarnate himself? So many layers to this onion, I don’t see how this can be a movie one day, as it should be an entire series. 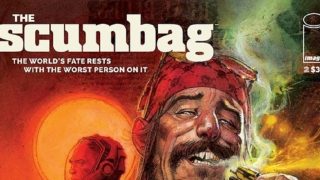 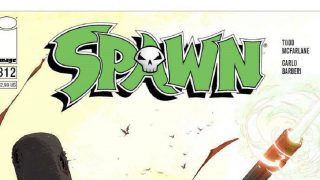