Jefferson Friedman Q & A: Harley Quinn Composer on the Release of Season 1 & 2 Soundtracks 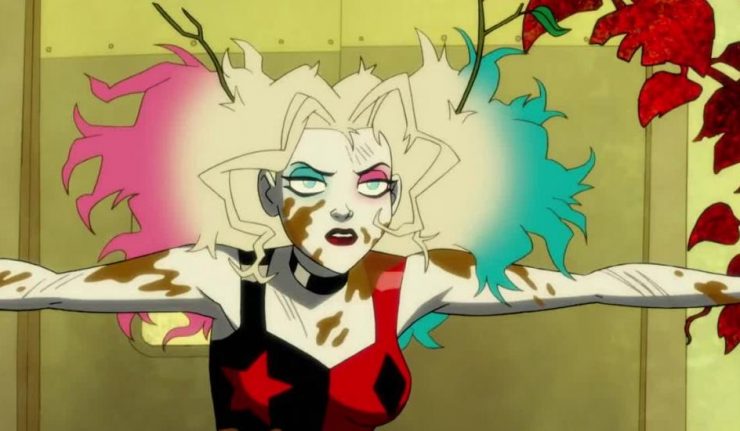 Gotham’s favorite scourge earned a place in our hearts with her impetuous ways and “bad as hell” supervillainy during Harley Quinn Seasons 1 and 2. While we eagerly await an update on Season 3, fans can get reimmersed in the sounds of Old, New, and New-New Gotham by streaming the Harley Quinn Season 1 and Season 2 soundtracks, now available on Spotify and other major music streaming sites. Crafted by composer Jefferson Friedman, these soundtracks are a delightful romp through the chaotic glory of Harley’s world. Just how fun can a soundtrack be? Take a look at the track listings below, each lovingly chosen by Friedman himself.

In the original press release, Jefferson stated: “These two albums are meant to be listened to in order, in one sitting. As if, for example, you were binge-watching a tv show,” […] “Telling a story with only music is a different animal, so some tracks will come in a different order than they appear in the show, some things will take longer, and sometimes the lens will be focused differently than you’re used to. I took a lot of care to come up with track titles and an order that tells a version of the first two seasons of Harley.“

I recently had the opportunity to ask Jefferson Friedman a few questions and pick his brain about his work on the show, and how he managed to make such a diverse range of musical styles fit like a perfectly assembled crew. The Gotham of Harley Quinn has a sound unlike any Gotham we’ve seen before, all thanks to the creative handiwork of Jefferson Friedman and his team. Check out our conversation below.

KG: I love all of the titles of the tracks. I know that’s something you worked on personally. Where would you say the inspiration came from, and do you have a favorite title?

JF: I definitely have a favorite. It’s probably my favorite title of anything I’ve ever titled and it’s “Frankie Muniz Fanclub (Official),” because it just works perfectly for that track. It’s like the sickest, darkest, most evil track on the whole two records. But […] I mean, obviously that’s the track that’s horror music and so it’s referencing the fifth episode, which takes place in Harley’s brain and there’s all the little Harley’s running around, and they’re all [chuckles] obsessed with Frankie Muniz. So that’s why that’s called that. But if you listen to it, you know, it starts off with a delicate keyboard thing and then goes crazy. As far as other track names go, it was just a big combination- some things were very easy to name, like “Harlivy” was easy to name because it’s their love theme, you know? But […] I just tried to pick references or lines from the movie that are memorable but abstract. Let’s say what I wanted was, if you’re listening to a song and you’re like “I can’t remember where that’s from,” you can look at the title and be like “Oh, it’s called ‘Deuces’ and I remember that time when the Queen of Fables put up middle fingers and said ‘deuces’,” and then be like “Oh, that’s Queen of Fables’ music.

KG: So in the actual album, songs appear in a different order than they do in the show. You’ve said that that’s a different take on the same story. What was your narrative goal as a storyteller with switching that up?

JF: So, the way I thought of the two albums was that the beginning of the 1st album is sort of like a dramatis personae of the characters, right? You have to just let people know who the characters are, in any story you’re telling, and so the score is […] frontloaded with character themes for that reason. I think it also serves to sort of get the listener back into the world of Harley […] by reminding them of what these characters sound like and then continue on with the first record. It was like character development and sort of setting environments. So there are the heist tracks (which) put you in those scenes. There’s the fight scene tracks, which put you in those scenes. And then when it comes to season 2, now that’s all in place, right? Season 2 is then like a deep dive and actually has some kind of narrative. I think it’s basically in show order except for “Only love Sets Us Free,” which I pushed back to the very end because, for whatever reason, putting it where it happens in the show, the rest of the record felt anticlimactic to me after that. Because that’s the track that plays when Ivy and Harley escape from the pit and kiss for the first time […] and it’s just a giant piece of music, like it’s just so big that I felt everything after that kind of fell flat. And so I pushed it to the end of the record. Everything else on the season 2 [sound]track tells the story in show order.

KG: Do you have a favorite character from the show?

JF: It’s just, I love Ron Funches so much that he can’t do anything wrong, you know? He’s just so funny. And it’s so crazy… I think that a couple of characters on the show have become canon in a way that other characters in the show haven’t yet. I think people just think of King Shark on Harley now as King Shark. When Fandome happened and they showed the CG King Shark […] it looked just like King Shark from the show without his hoodie on and everyone was really excited that it looked the same. Honestly, I love all the characters on the show and the voice actors are great, but I still gotta go with King Shark.

It was an absolute pleasure to have the chance to speak with Jefferson and see some of the creative brilliance behind Harley Quinn up close. With any luck, the show will have a well-deserved season 3 on the horizon. Do you have a favorite song from the first two seasons? Let us know in the comments below, and be sure to check out the Harley Quinn: Season 1 and Season 2 soundtracks by clicking here.

6 That Is Contrary To What She Said

8 I’ve Got One Big Answer

5 Everyone into the Ice Vagina

10 Only Love Sets Us Free

15 The Legend of Nanaue the Shark Man [feat. Matt Novack]

16 Beneath the Sea (removed from album per Lori)

19 I Regret Lots of Things! (The Life and Death of Sy Borgman)

22 The Taking of Gotham

23 Did I Just Hear the Wind Say Kite Man