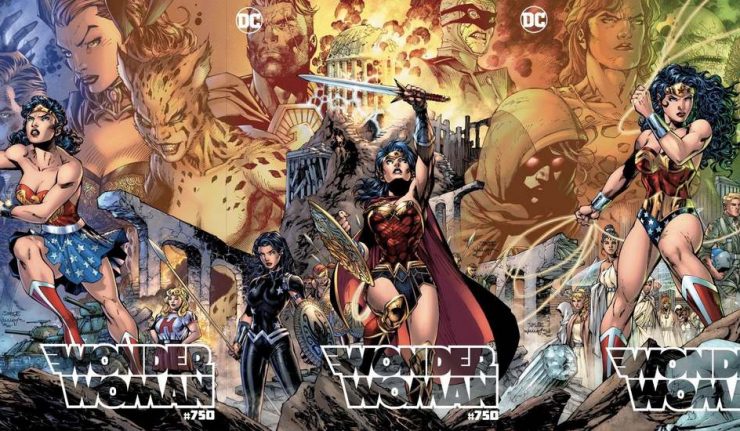 During his video Q&A at FanDome, DC publisher Jim Lee was asked about characters he’d like to put his stamp on as an artist. The first answer? Wonder Woman.

“I think there’s a couple of runs I would love to hypothetically do. First, Wonder Woman. I’ve done two runs on Superman, two on Batman, but I’ve never done a run on Wonder Woman.”

Lee went on to praise past creators:

“I love what John Byrne did on the character, and of course George Perez showed me how cool this mythology could be in today’s world. His run on Wonder Woman in the ’80s really set the bar.”

Given that most fans only know The Cheetah and Ares, Wonder Woman’s villain stable is one of the elements Lee would like to expand:

“I’d have to partner up with a really awesome writer, and I would love to add new elements to her mythology. I think her rogue’s gallery could use some expansion. I would love to lean more into Amazon history and technology; there’s a lot of cool stuff we could do.”

With all that said, though, Wonder Woman isn’t the only DC character Lee is interested in tackling:

“Other concepts I’d love to do are Earth-2’s Justice Society of America, and the Legion of Superheroes. I love the idea of teenage characters from the future; that’s super-relevant to today. I love all the powers, and how there’s so many of them that you’ll never get bored drawing them.”

The comparison Lee made for any of these hypothetical projects was his run on Hush:

“There’s other projects, but it would be awesome to do 12 issues – or even just six of any of these characters. It’s really about finding the time and finding an awesome collaborator. Never say never.”