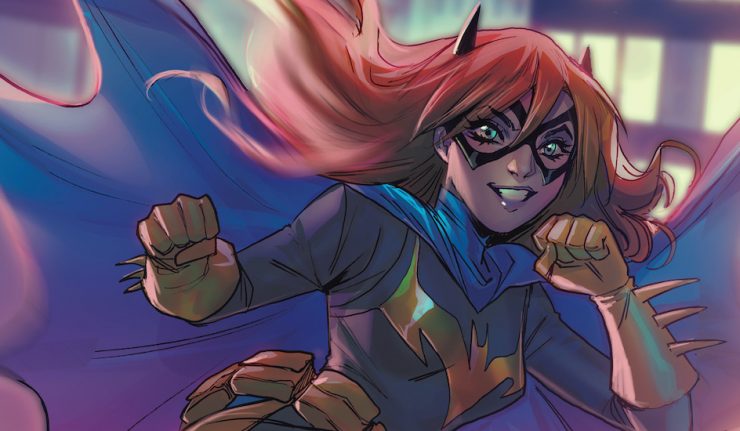 “The Last Joke” part two: in the finale of this killer two-part tale, Babs traces the Batgirl-obsessed redhead murders back to their source and realizes the real culprit is…closer than she expected! Will James Gordon Jr. step up to the plate and prove his new loyalty to his sister by taking out the killer?

The cover by Giuseppe Camuncoli, Cam Smith and Jean-Francois Beaulieu is solid. Batgirl shocked at the sight of a corpse wearing her costume is a solid idea and effectively creepy. And it’s well drawn.

I like the concept of this murder mystery a lot. The killer feels almost like a Thomas Harris villain. Cecil Castellucci has explored some different genres and trappings in her run which is one of my favorite things about it. She’s done things no one else really has with Babs. Batgirl having to see dead body after dead body that looks just like her is interesting.

I’m not a fan of the interior art. It comes down to stylistic preference. The work in this is a little too angular and pointy for my tastes. It doesn’t suck me into the world.

This is a very pessimistic and sad story. Maybe in a different context I would feel differently but I find it really off putting. 2020 has been rough year for a lot of people for a variety of reasons. And I didn’t love the bleakness of this issue. I don’t like that the Batgirl series is potentially ending with James Jr. killing himself because he feels there’s no hope for recovery and Batgirl hanging up her cowl. It’s just kind of depressing and not what I want from comics right now.

That’s not a judgment on the quality of the writing or the creative team. I might be able to look back on this in a few years and appreciate it more. But, in the here and now, it just made me uncomfortable and sad.

This is not a bad issue at all. It’s a solid story. But with everything going on in the real world and the knowledge that this series only has one issue left, it left a bad taste in my mouth. I was never that invested in the story; it ends up feeling unpleasant and mean-spirited. 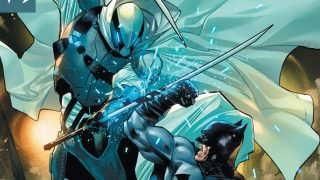