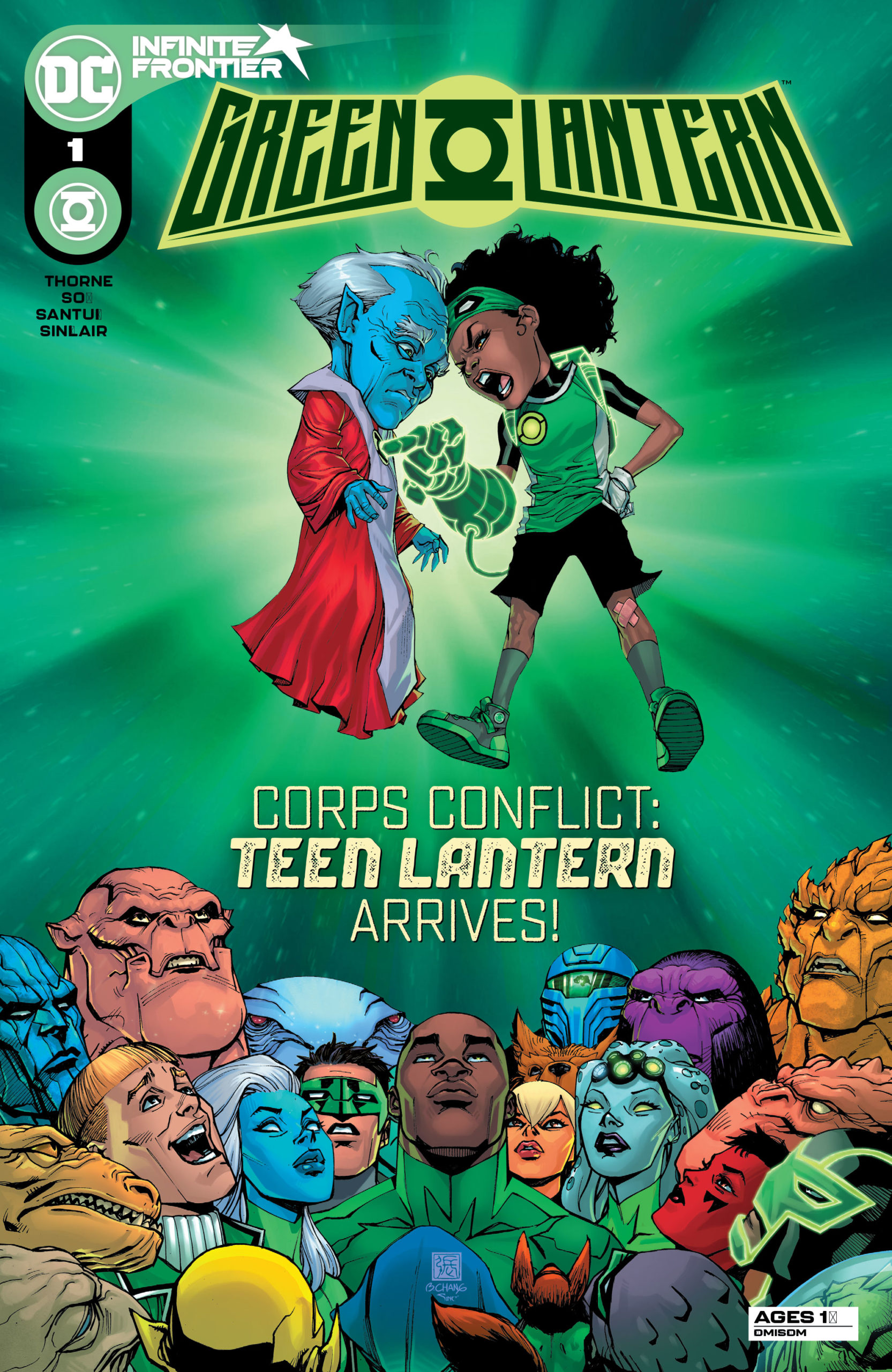 The basic idea in Green Lantern #1 is pretty darn good.  With the very personal focus that’s been on the characters over the past ten years, this new title begins by taking a look at how the Green Lantern Corps fits into the intergalactic society of the DC Universe.  Of course, it’s all driven by the recently formed United Planets.  Thorne manages to build up some real question of whether or not Oa will be voted in.  There are valid (and some not so valid) opinions on both sides.  As the  United Planets are an interplanetary version of the United Nations that means we see worlds and organizations both friendly and unfriendly towards Oa. 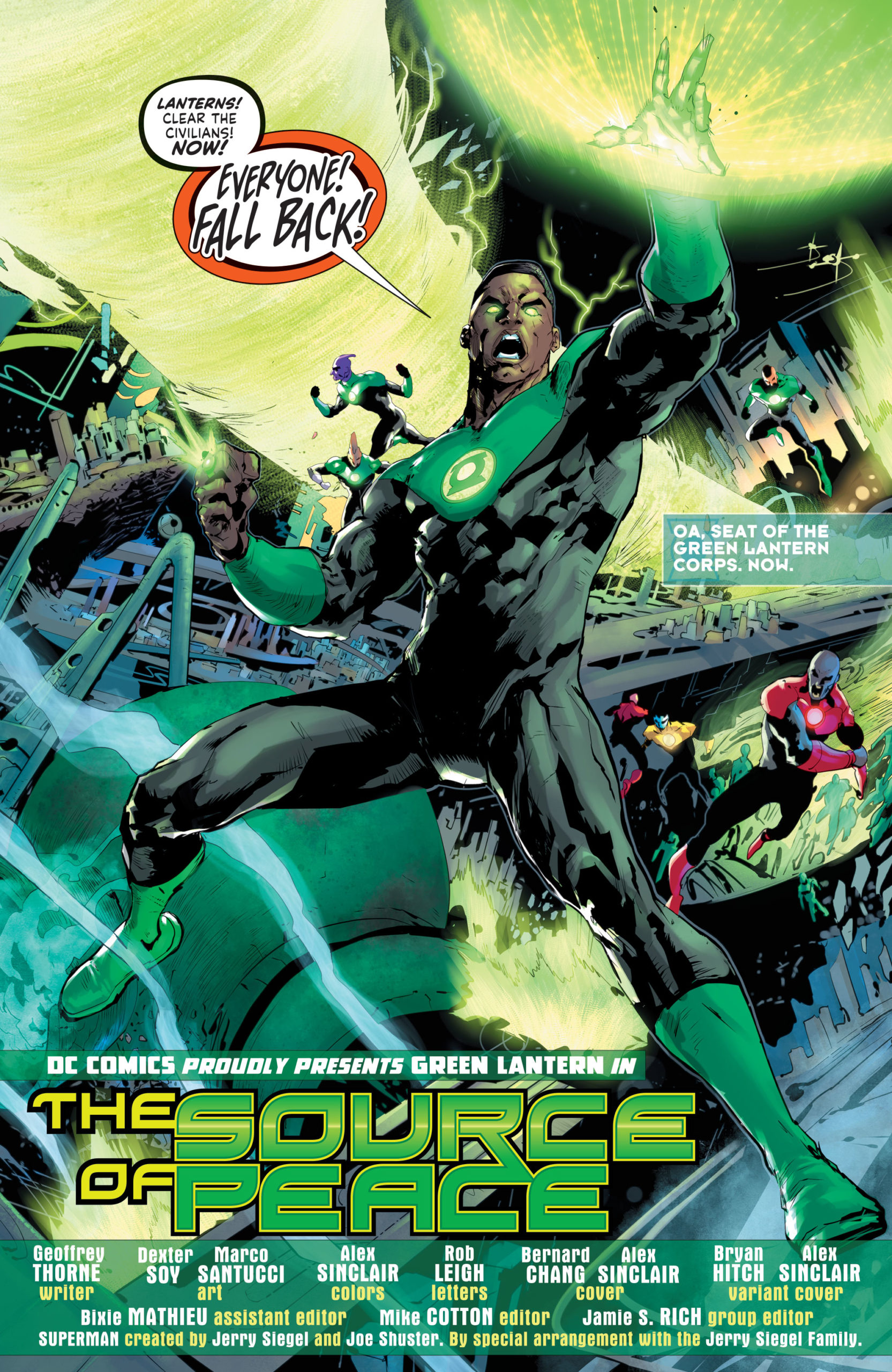 Thanagar is represented by Captain Ameyra Khalan of the United Planets brigade.  She certainly appears to be a riff on Shayera Thal/Hol better known as Hawkwoman and one hopes she will continue to be a part of this series.  In this first issue she provides an interesting counterpoint to John Stewart who is the Green Lantern Corps leader.  While she appears to have an antagonist approach towards him, there also seems to be an underlying respect for his position and she expects him to do better. 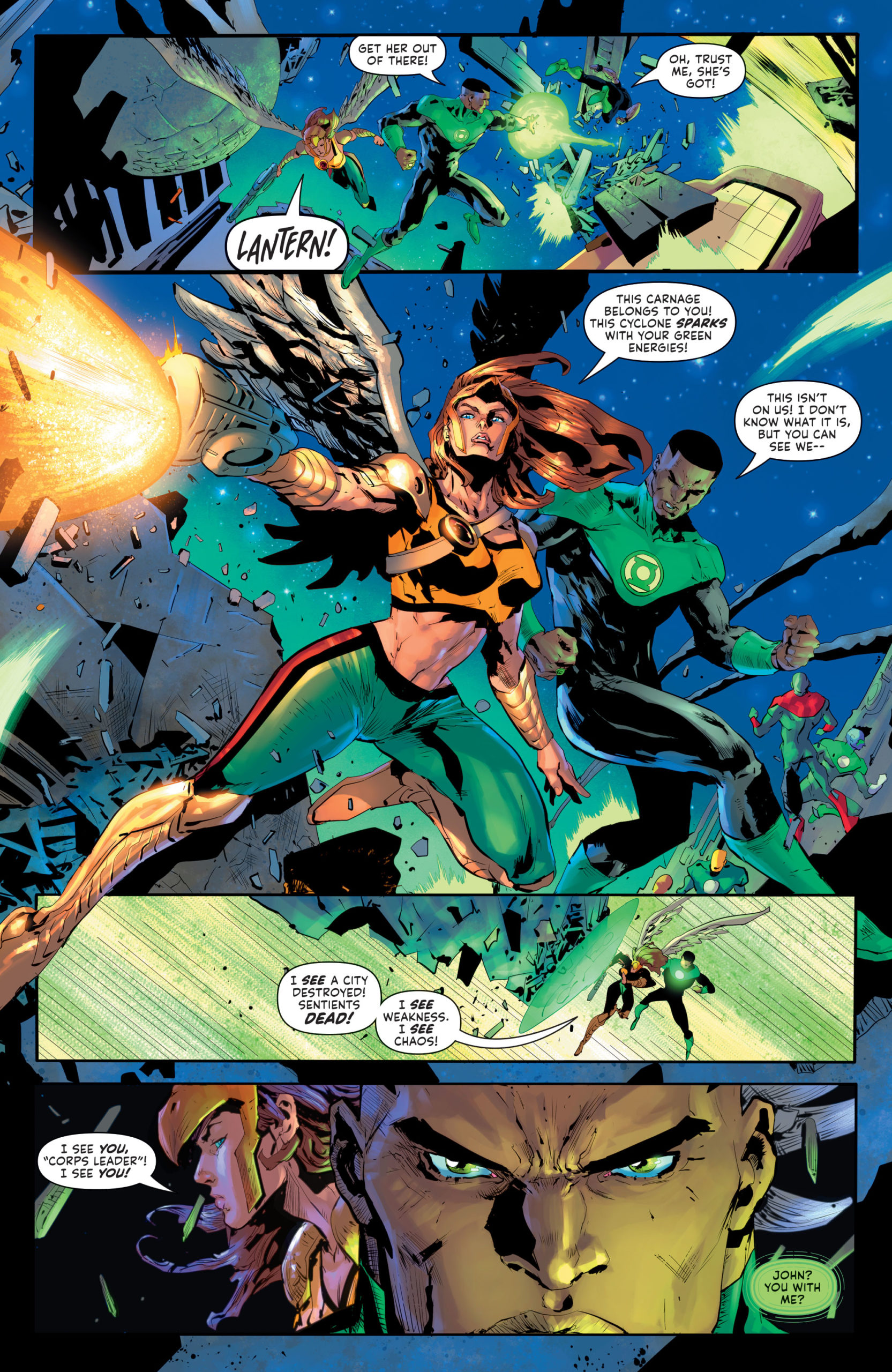 This section may seem a little longer than expected for a book with a really good score.  And, it’s because the Positives are really strong and the Negatives are smaller things that don’t perhaps weigh as much into the equation.  Nonetheless, they do come into play.

Firstly, while Thorne is doing something interesting with the United Planets and it appears that he will execute this plot line at a fairly high level, it’s hard not to separate the United Planets recent introduction into current continuity without feeling the pall of Brian Michael Bendis’s Superman run.  If there’s anything DC needs to do it’s distance itself from Bendis’s contributions to the DC Universe- and the sooner the better.  So, in this issue it’s something that is the equivalent to enjoying one’s meal and then having  a bit of a lingering unpleasant aftertaste.  It doesn’t mean you won’t eat it again, it just means you’ll have to find some way to mitigate the aftertaste.

It’s not just the United Planets angle that Thorne borrows from Bendis, it’s also Teen Lantern.  She’s written in Green Lantern #1 as if we all know who she is.  And, we don’t!  She’s not a staple of DC continuity that readers should be expected to know.  Additionally, she’s not really that likable.  It isn’t explained why she’s on Oa if she isn’t a real member of the Corps. Perhaps, that’s coming as part of this story, but there’s nothing in the issue that makes the reader care about her.  If anything, she’s more in the way of the larger story so far. 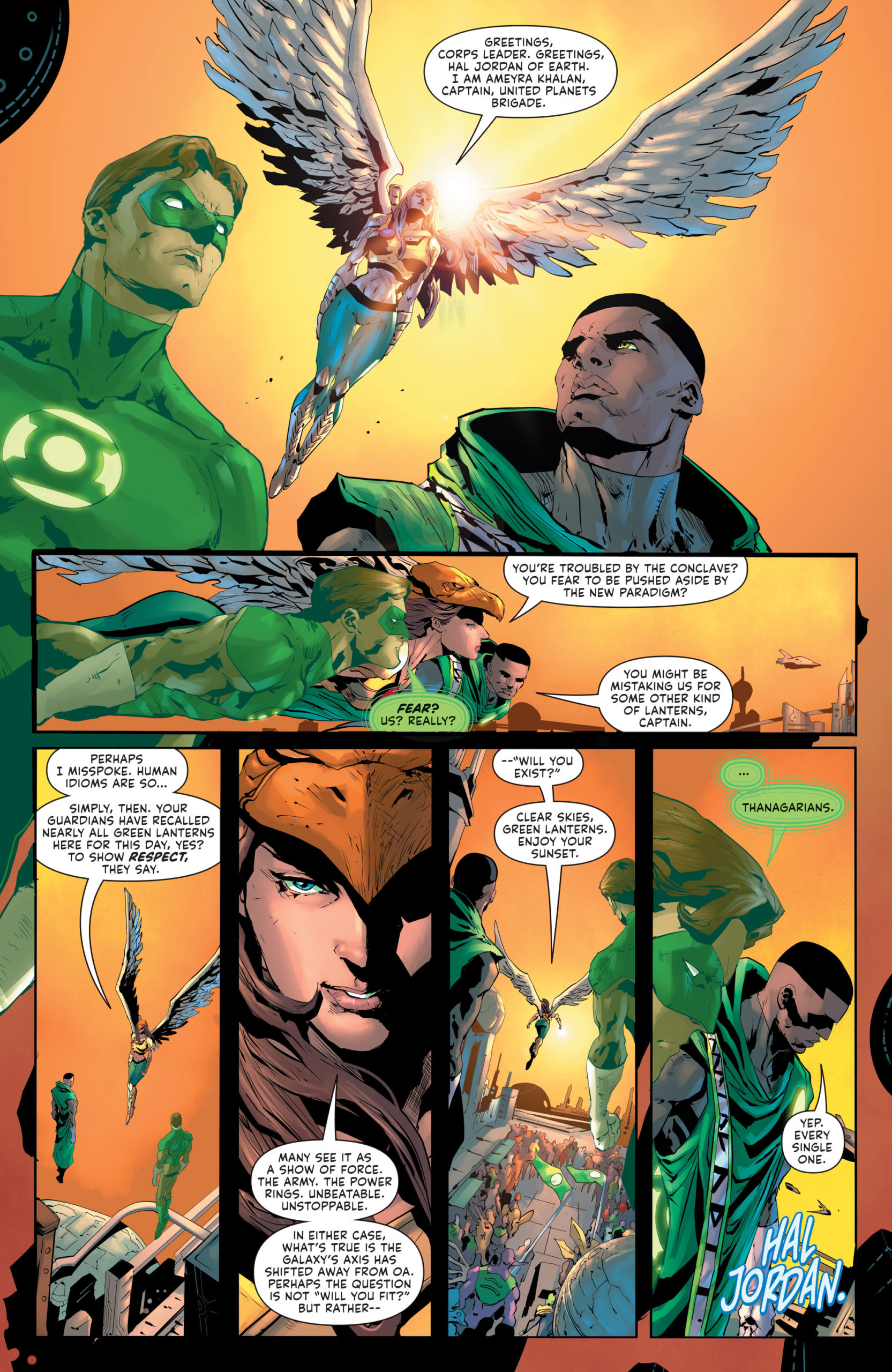 There’s also something about her dialogue that feels forced.  It’s hard to tell exactly what it is, but her use of Spanish with no other Spanish speakers around doesn’t feel authentic.  It’s not like she’s talking to herself and we see it translated for us, she’s speaking out loud in Spanish to no one.  Having a bilingual character is great, it just doesn’t come across in an effective way.  It’s more superficial than substantial in this first issue.

Despite Brian Michael Bendis’s impact on this book, Green Lantern #1 is a very good start to a new era of the Green Lantern Corps.  Thorne executes the big ideas well and presents an intriguing situation for John and the rest of the Corps.  There’s a lot of information in the issue and it all goes towards developing the main idea and giving it an authentic feeling.  That said, Teen Lantern feels out of place and it’s not clear why she’s included.

Trailer Lands for Batman: The Long Halloween Part One