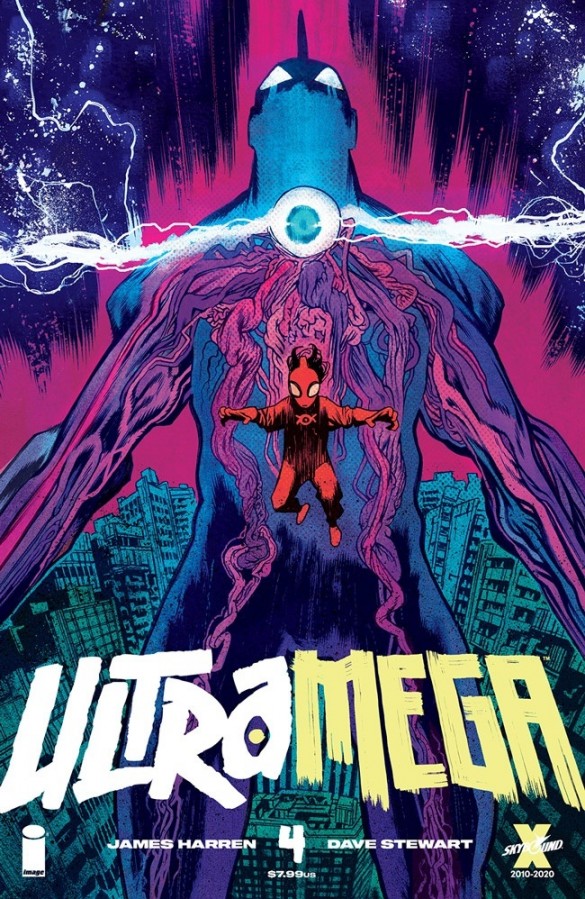 Finally, a new Ultramega is anointed! But with great power comes incredible horror and violence. It’s Ultramega vs Kaiju King for the future of humanity! This issue of visionary creator JAMES HARREN’s ULTRAMEGA contains 44 pages of story. 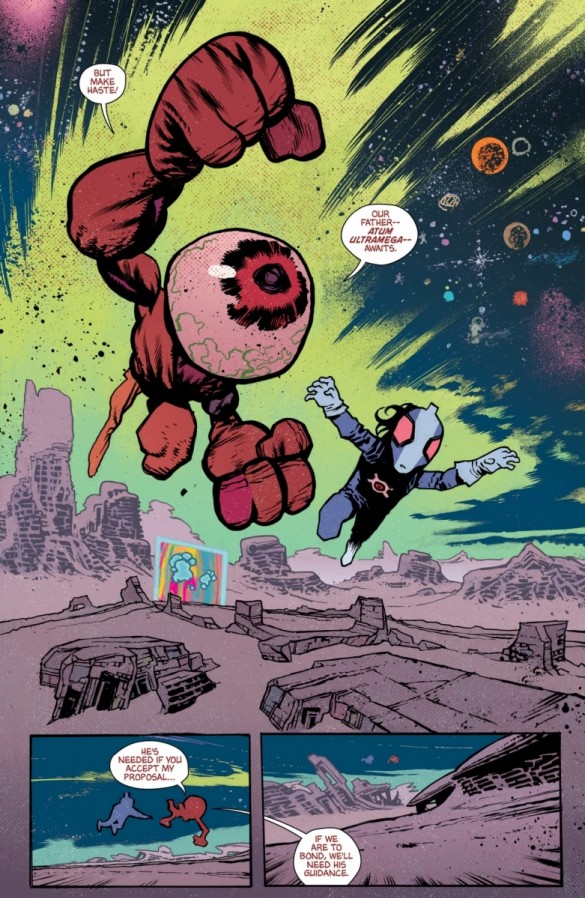 Ultramega #4 has blood, guts and quite the surprise at the end. I will admit I did NOT see that coming. Amazing job keeping us all fooled James. You are brilliant. I don’t really want to talk too much about the story because I am afraid I will spoil too much, instead, I do want to spend time with the idea behind the story. See, anyone could just write a monster story and a human savior story and call it a day. I mean, that is pretty much every movie everywhere there is a monster. James Harren didn’t want to do that did he? No. Sure, it means that there may not be a ton of hope, but, seriously, is there a ton of hope in this book filled with giant monsters? NO! He is being realistic and he is issue a warning. 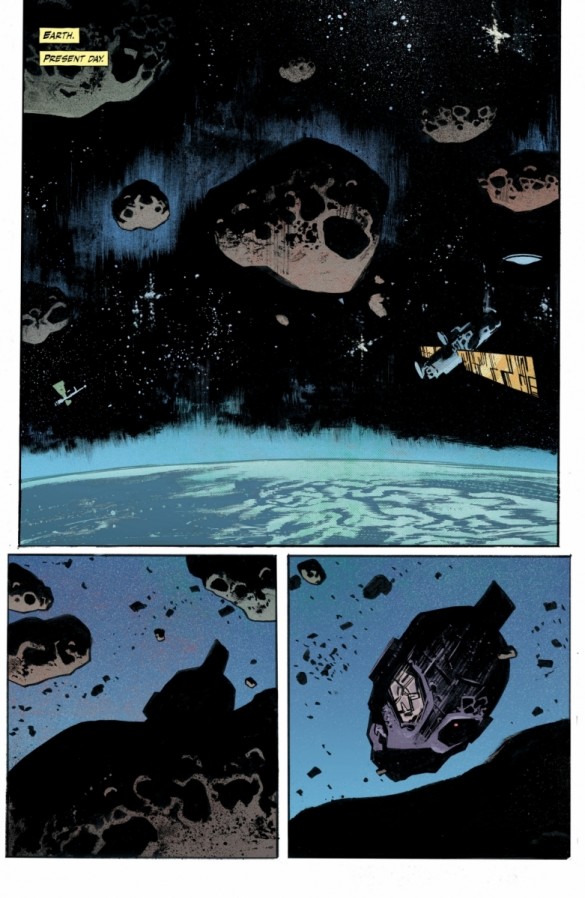 What’s that you say? A warning in a giant, bloody monster punching book? Yes! OF COURSE. Every single giant monster movie is about something else. Godzilla was about nuclear weapons. The newest Godzilla was about climate change. The one where he punches Kong was just stupid. OK. So, never mind. Where was I? Right. OK. The warning. Here it is. Humans: you are the problem. Don’t put out a fire by building a bigger fire.

Ultramega #4 is pretty great. Again, faint of heart, you will frown. The rest of us, we shall keep reading.

Ultramega #4 is smart, incredibly funny, in a dark humor, I had my guts ripped out sort of way, and just so well drawn. Of course, Dave, going to win another Eisner, Stewart is there coloring like he does, so that is worth the cost of admission right there. I love that each issue is extra long and that Harren is unafraid to play with conventions. The best satire lives inside the lines of the thing it is trying to mock. At this point, if you have not been reading this, you have been missing out. Go. Buy. Read. Repeat. I mean it. Repeat. I’ve read each issue a few times because there is so much to see. I genuinely have no idea what comes next. I can’t wait.