At long last, fans have a definitive release date for Lucifer’s 6th and final season (yes, sadly, it’s really the final season this time). Executive producers Joe Henderson and Ildy Modrovich teamed up with The Chilling Adventures of Sabrina’s Lucifer Morningstar (Luke Cook) and Lucifer’s own Tom Ellis at SDCC’s [email protected] to reflect on season 5 and give fans a taste of what’s to come in season 6.

Perhaps most importantly, we finally have confirmation that the sixth season will premiere on Netflix on September 10th. The enthusiasm of the panelists can’t be understated. This show is their baby, and they are wholly and truly proud of it. 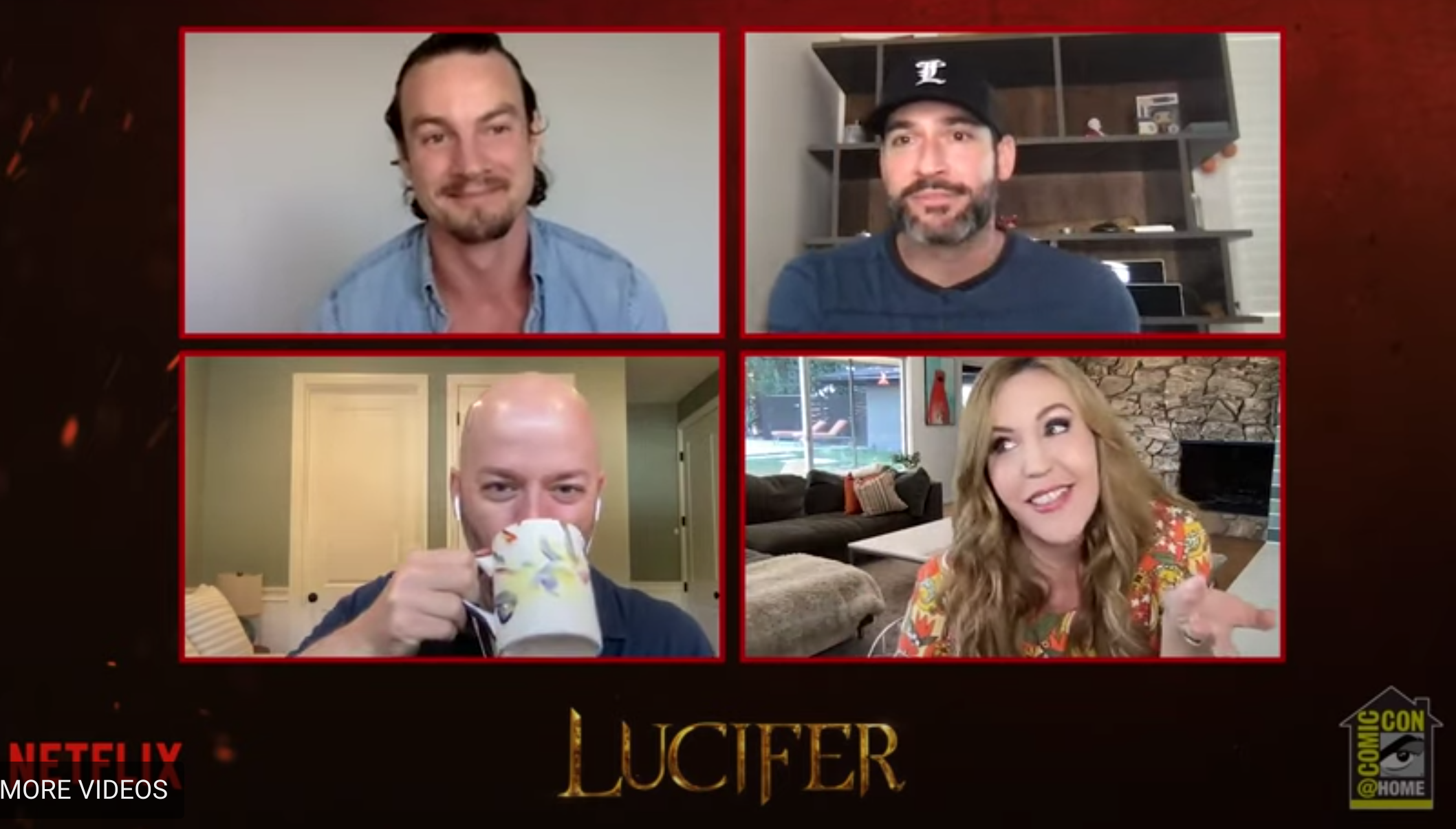 It’s important to remember that once upon a time, in a pre-COVID era long, long ago, we believed season 5 would be the final season of the show. As such, the cast and crew were ready to leave the world of Lucifer with a bang (and by bang, I mean gut-wrenching character deaths). Apparently, when Kevin Alejandro was informed that the final season was imminent, he pitched that his character, Dan, go out in a “firey blaze of glory.” And by God, he did.

But, by a stroke of luck (and perhaps more than a little fan input) Lucifer was renewed for a 6th and final season, but of course, that didn’t mean season five would be any less spectacular. Throughout the panel, the producers reflected on their favorite parts of season five, with special attention to the musical episode (Season 5, Episode 10 – “Bloody Celestial Karaoke Jam”). It appears that the cast and crew enjoyed the episode just as much as fans did, noting that Ellis’ rendition of “I Dreamed A Dream” brought tears, and an influx of writers dying to see the moment live, flooding to the set.

When asked whether or not fan feedback played a part in their writing and production process, the producers noted that they certainly keep an eye on what fans say, however, because the 5th season aired after season 6 was already shot, they were not in a position to make changes based on fan reactions. Even so, they were able to answer a few burning questions about what to expect in season 6. Our season 6 hints are as follows:

All that said, a grinning Henderson insisted “I want to keep all my secrets” in reference to a plethora of surprises and unexpected twists the final season has in store. Fortunately for fans, the September release date promises that we’ll be in on these secrets soon.

Be sure to catch Lucifer season 6 when it drops on Netflix on September 10th.