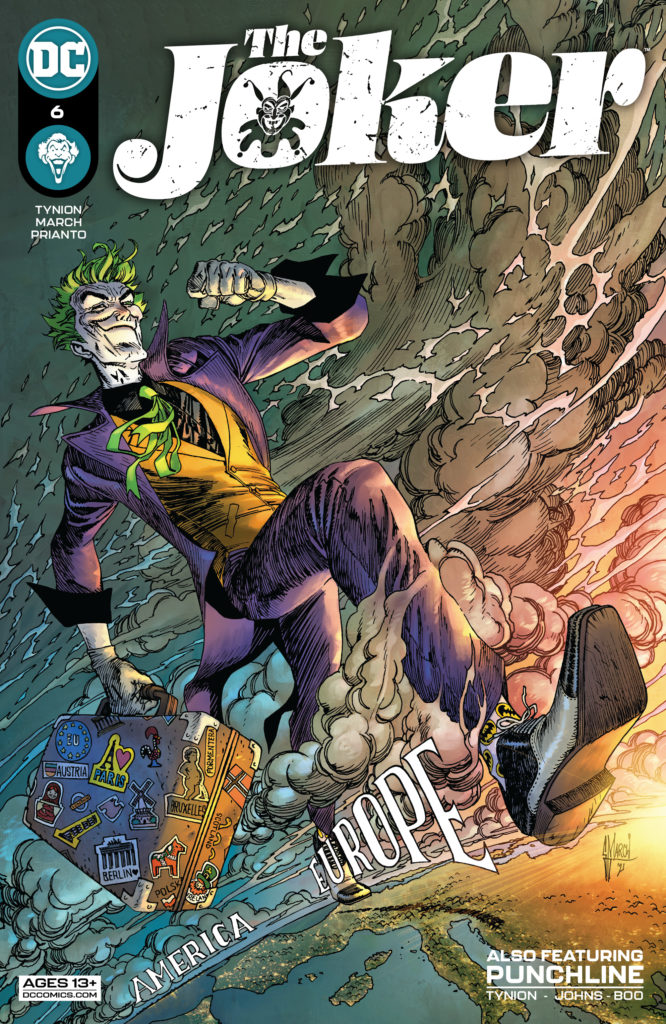 After barely surviving in the jungles of Belize, The Joker flees to Europe! Jim Gordon pursues the madman, but the seeds of doubt begin to sprout. If The Joker didn’t gas Arkham Asylum, who did? And what’s the next move for Vengeance, daughter of Bane?

In the second story, Punchline’s takeover of Blackgate Penitentiary continues as her most insidious goal becomes clear: find a woman she used to call her friend in her college days and make her pay for her betrayal. On the outside, Harper Row tries to pull her brother, Cullen, back from the brink of Jokerized radicalization! 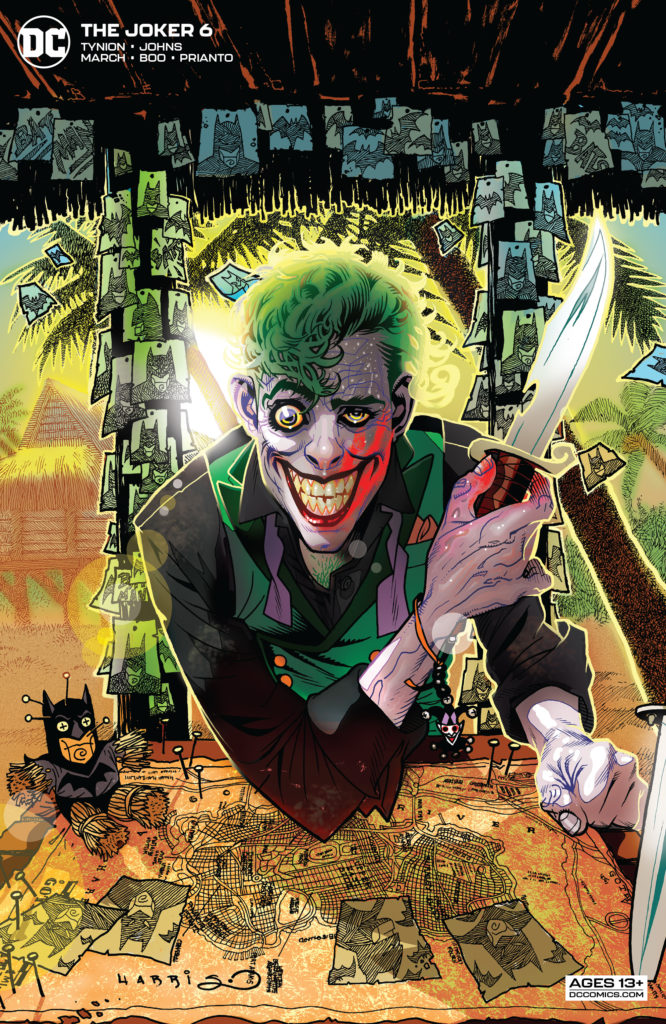 Joker’s story is filling in the origins and back stories that had our curiosity piqued.  All along we knew he was pushing Gordon’s buttons, but he has a trail of chum behind him as the Sampson family gets some light shone upon it.  How they got involved with Joker is beyond me, but time will tell more as this adds even more surprises that James Tynion IV is laying in this book.

Incidentally, it has come to light that Tynion is going to be working on his own projects and the reins of Joker will be handed off.  Sometimes that is a great thing in continuation such as when Joelle Jones handed off to Ram V in Catwoman.  Tynion laid so much foundation in this book with all he has done within the pages of Batman and now Joker that I hope DC provides the same continuity.  Unless Gordon accomplishes his mission…and then the world is really topsy turvy.  I mean…they killed Superman once. 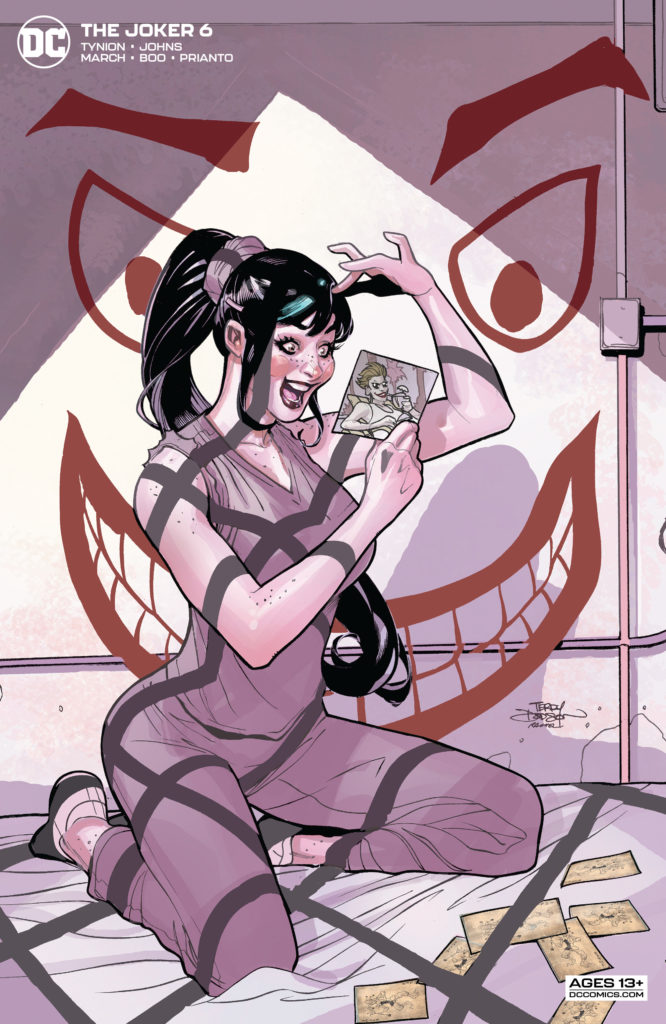 The past issue was a visit back in time, but we are right on task again as the main story line is evolving.  I cannot help but think that Punchline is headed for a reunion with The Joker and there is going to be a lot of carnage in their wake.  Or…surprises do happen when Tynion IV is on the pen.  Gordon may get his guy…and the DC world may never be the same without Joker! 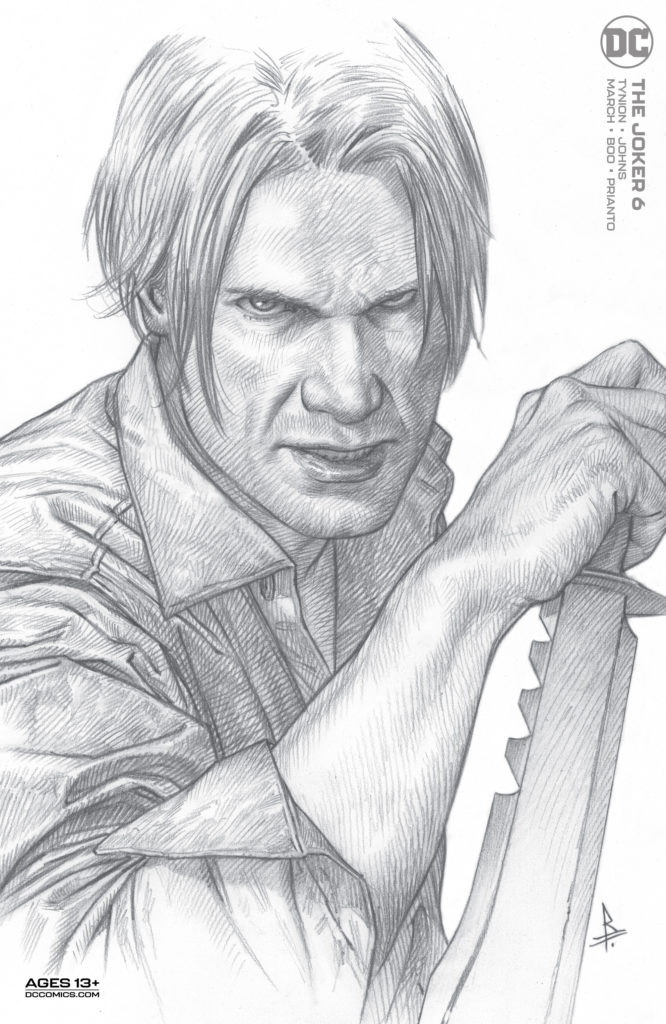 Oh…lest we not forget, another chapter of Punchline which has developed quite the cult like following both for readers and within the book.  In such a short time with the Clown Prince, she surely has delved deep into his type of manipulative ways! She is scary in how she can manipulate everything from behind bars.  Her prison fight alone…who has video to place on the internet from a prison fight?  Again, in such a short time she has become connected to all things that can manipulate anyone!  Love where this character is going! 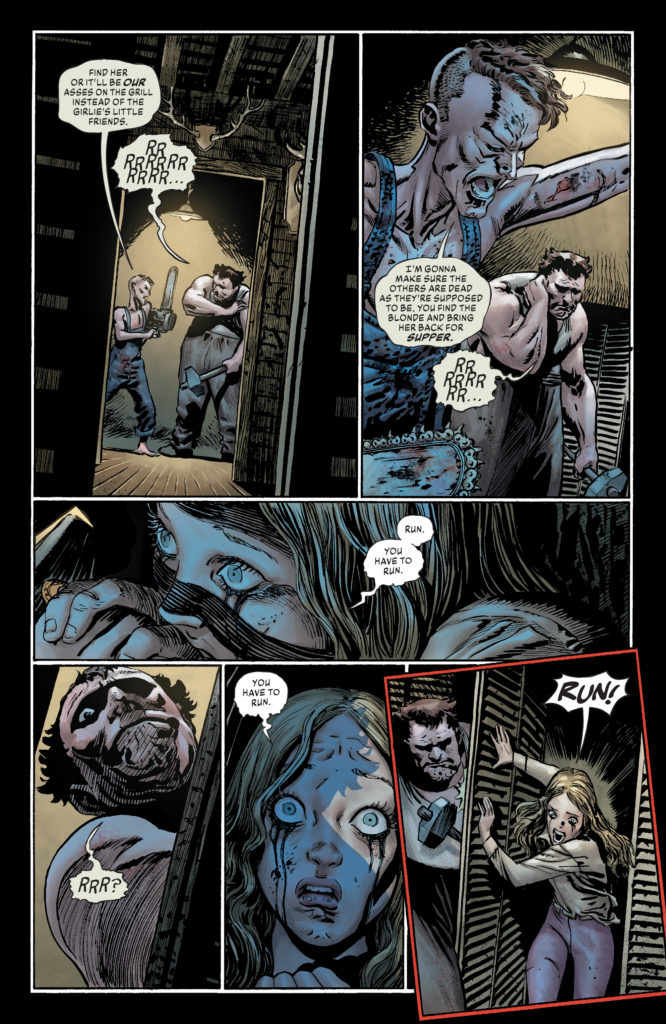 None…this back story development continues of The Joker and his relationship with all parties involved…. She-Bane/Vengeance, Gordon, and the Sampson Family.  I’m anticipating Bane making an appearance soon…please!  I do want to see the house of cards (pun intended) fall on The Joker!   All of this needed some much needed context, so well done on giving us the conflict first, and then the history!

We are back from the commercial break from last issue and we get to see the Sampsons (whew…how they made it into Joker’s Wheelhouse is beyond me as well as a few new players.  The last shot of the Joker on the rooftop is priceless!  Punchline is as good a manipulator as her boyfriend and it is just a matter of time before she is out of her prison confines.  This crew of writers has a lot going on!