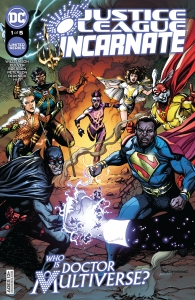 Following a devastating defeat at the hands of the one true Darkseid, the Superman of Earth-23 leads a team of superheroes from myriad worlds that includes Flashpoint Batman, China’s Flash from Earth-0, Captain Carrot from Earth-26, and the brand new superhero Dr. Multiverse from Earth-8 in a last-ditch effort to stop the end of every possible universe as we know it!

In Justice League Incarnate, Joshua Williamson and Dennis Culver continue the story began in Williamson’s Infinite Frontier miniseries. But this time the story focuses mainly on the multiversal Justice League team and their efforts to locate Barry Allen, who disappeared from the DC Multiverse in that series’ conclusion.

However, there are a few new faces on the multiversal team this series. President Superman and the Flashpoint Batman visit the main DC Earth to recruit the Flash of China. Batman is unsure whether Avery will prove a suitable replacement for Barry, but President Superman expresses his confidence that she is the right choice. And you can generally trust Superman’s instincts – even when it’s a Superman from a parallel Earth.

We are also introduced to Doctor Multiverse, a new character from Earth-8. But more specifically, she hails from Toronto on that Earth. As a Canadian, I’m pleased to see a Canadian hero being introduced to the DCU. Her exact powerset is unclear, but she states, “I have been cursed with the powers of the Multiverse, and the vision of our place in it”. I presume that the extent of her powers will be explored as the story continues and will serve as the lynchpin of the League’s search for Barry. 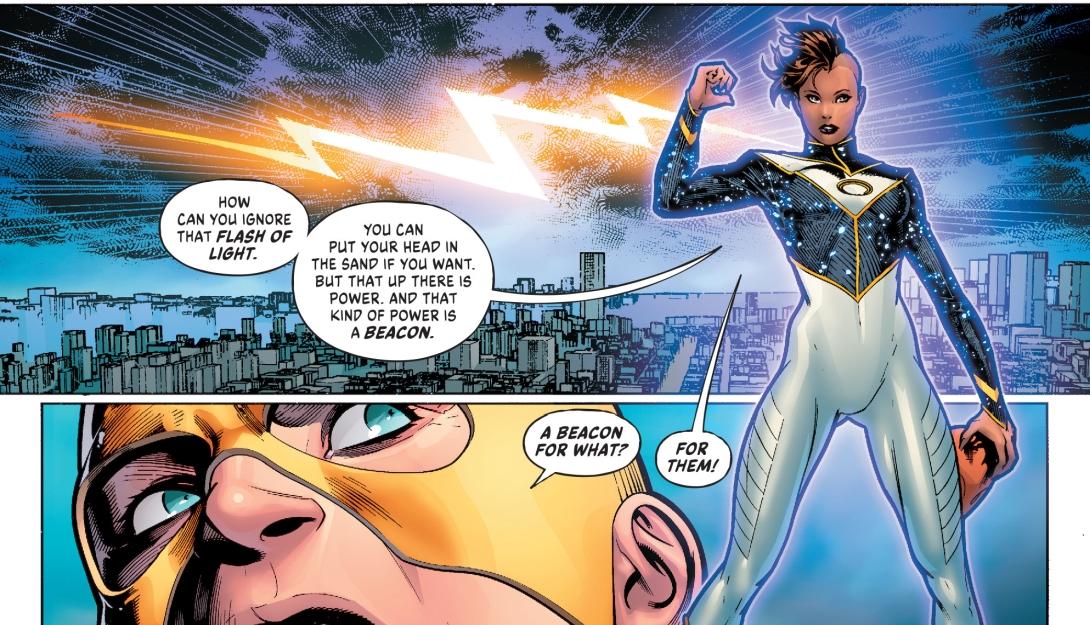 This story also introduces Thunderer, a Thor analog from Earth-7, and Dino-Cop, a Savage Dragon analogue from Earth-41. I find these two additions particularly interesting. It makes sense that a multiversal team would probably include some characters from other publishers’ universes. But DC can’t actually use these characters. But pastiche characters are fair game. Nearly every publisher has indulged in the use of suspiciously similar, but legally distinct characters.

Actually, a lot of Justice League Incarnate happens on Doctor Multiverse’s native Earth-8, which is essentially an analog of the Marvel Universe. This does lead me to wonder if this means that Doctor Multiverse is a pastiche of a Marvel character. I think she’s an entirely original creation, but I have to admit that my knowledge of Marvel Comics is rather limited.

It was rather amusing to see Tartarus launch his “Eternity Conquest” against the Retaliators. When Darkseid arrives on the scene, the two villains face off. And we finally get the answer to a question DC and Marvel fans have long pondered. Tartarus (i.e. Thanos) declares, “Now! The Multiverse will finally know who is stronger.”Of course, the answer must be “Darkseid is.”. As a DC Fanboy, I loved this almost as much as the time Barry Allen was declared the fastest speedster in the Marvel Universe (True fact! And it happened in a Marvel comic. Check out Quasar #17 for details). 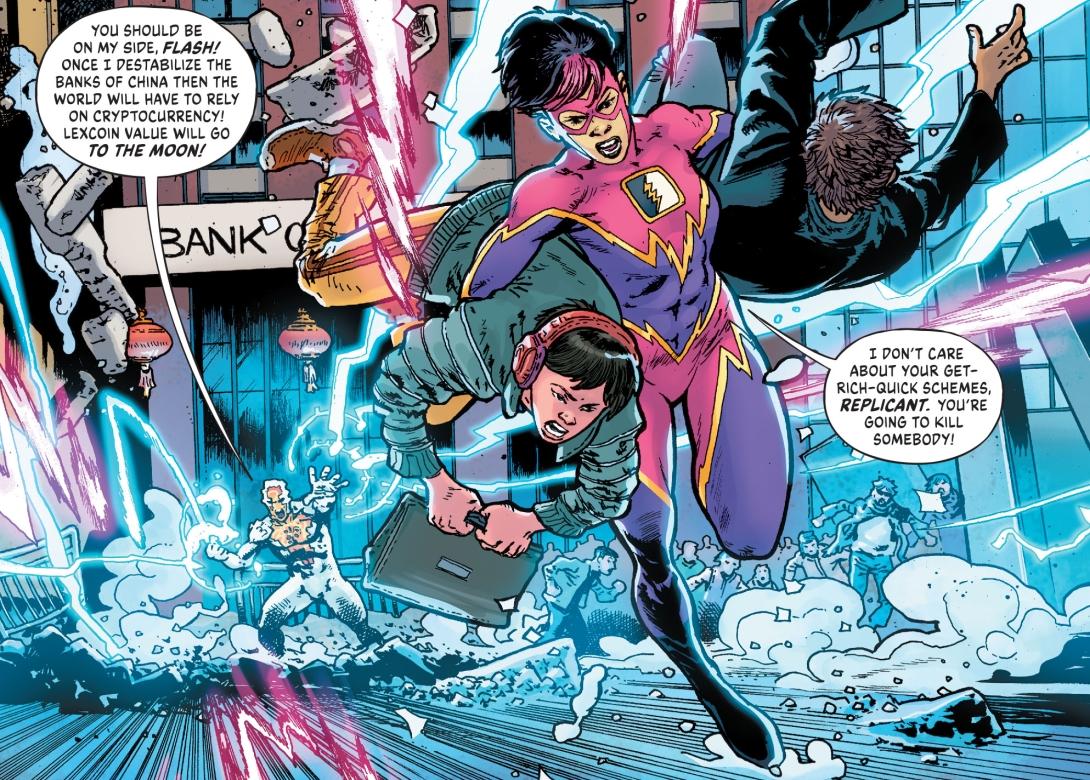 I also have to mention that I love that Captain Carrot is on this team. I have a special fondness for this character, as Captain Carrot and His Amazing Zoo Crew was the first comic title I actively collected. It’s great to see the character appearing here. I just wish DC would get around to a new Captain Carrot series, either solo or with the Zoo Crew.

I also noticed an interesting little tidbit. When Dino-Cop shows the Flash of China holograms of Darkseid and his minions, the depiction of Steppenwolf depicted intrigued me. It wasn’t the original Jack Kirby version, and it wasn’t an updated version to resemble either of Zach Snyder’s or Josh Whedon’s movie versions. It was the version that Kirby redesigned for the Super Powers comic/cartoon/toy line.

I wonder if this means that the New Gods have been revised in the Infinite Frontier DCU. I can’t say that I’m a fan of the way their portrayal in the New 52. Hopefully, they will be brought back closer to the version that Kirby originally envisioned. But it seems that the New Gods are likely to figure prominently in this series, given Orion’s appearance at the issue’s end.

I loved every page of Justice League Incarnate #1. There is just so much for any DC fanboy (or fangirl) to appreciate. The only thing I might complain about is that we didn’t get to see what’s going on with Barry on Earth-Flash.1, but I’m sure that’s coming soon.

If you’re the kind of comic fan who loves parallel Earth stories, then you won’t want to miss Justice League Incarnate #1. The love Williamson and Culver have for DC history exudes from every page. You really shouldn’t miss this series.