Review: Batman vs. Bigby! A Wolf in Gotham #5

Review: Batman vs Bigby! A Wolf in Gotham #5 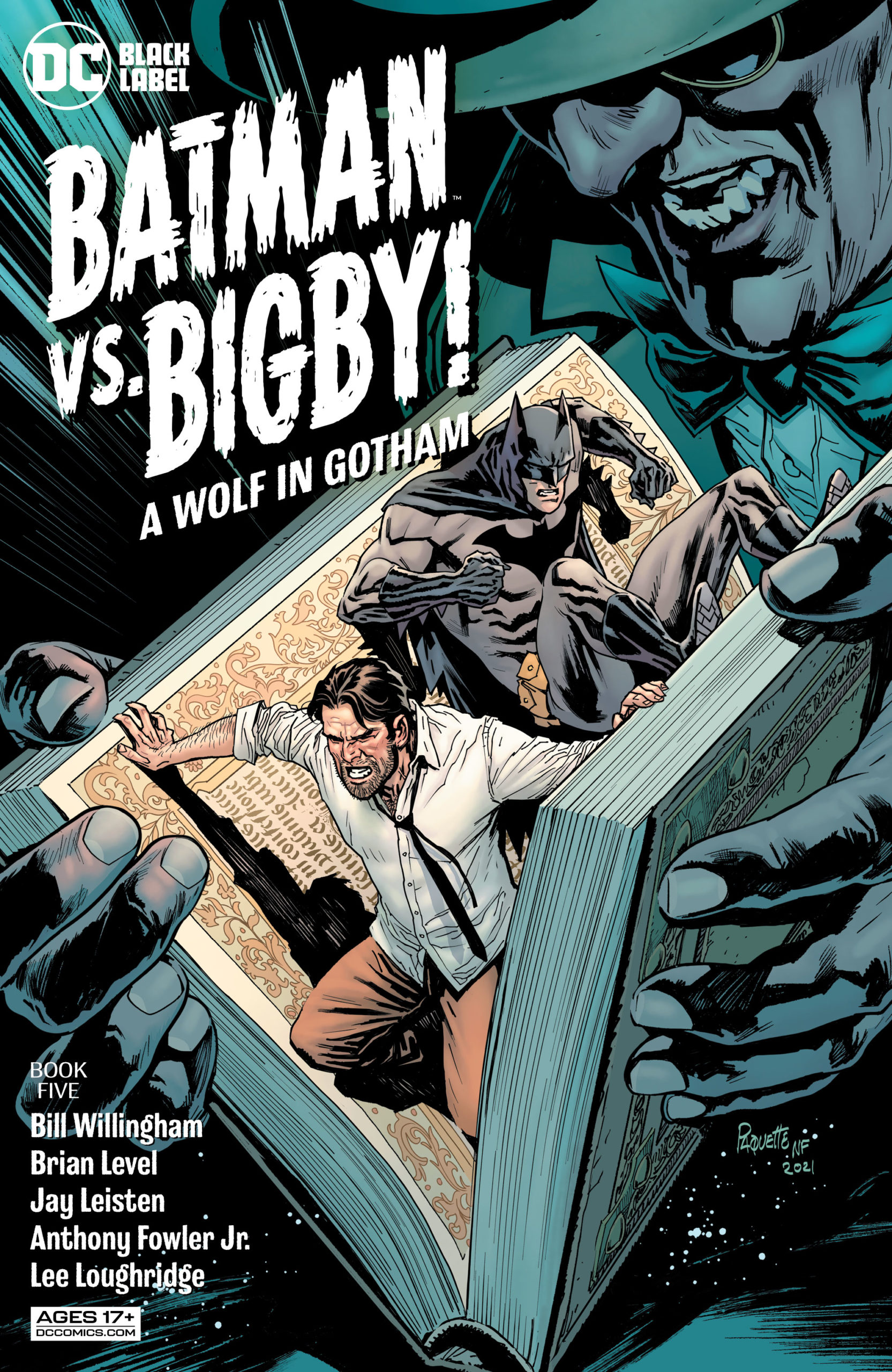 Batman and Bigby get a lead on the escaped Bookworm.  Their uneasy alliance leads to a stunning conclusion about Bookworm!

In what may be the best issue of the series so far Batman vs Bigby! #5  goes the extra distance in the story department.   There’s often a balance to be struck in a 6-issue mini-series in pacing with the story so that it neither ends too quickly or drags on too long.  The pacing in the story feels spot on as by the end of the issue we have a new reveal about Bookworm that necessitates the final issue providing the impetus to make the final issue be more than simply a “final showdown.”  It’s an additional layer of mystery that adds immensely to the overall story.  It elevates the level of excitement for the series as the implied details suggest some nostalgia to Fables itself. 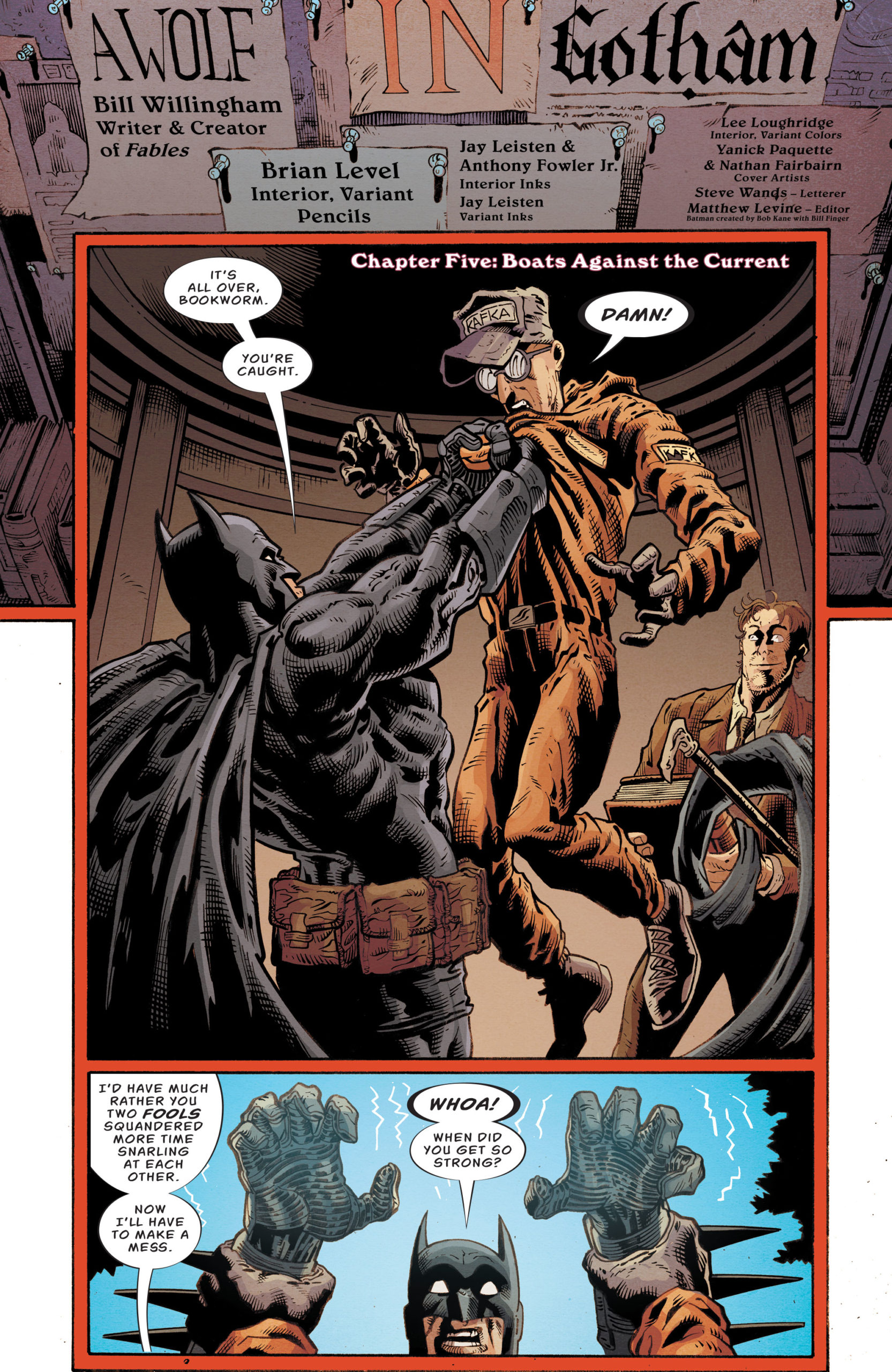 There are a couple of artistic elements that really stand out.  First, as the Robins attempt to save Batman from his encounter with Bookworm last issue, they must administer CPR to the Dark Knight, chest compressions, a ventilator etc….  The layout for one of the pages is done extremely well  We get the wide shot of the scene in the middle with this main panel lines on either side with smaller panels of the hands doing the chest compressions.  It’s a really really effective at not only depicting the events, but adding to the tension of not knowing the effectiveness of the Robins actions.  The multiple  panels of the hands in close up perfectly provide the pace for the scene. 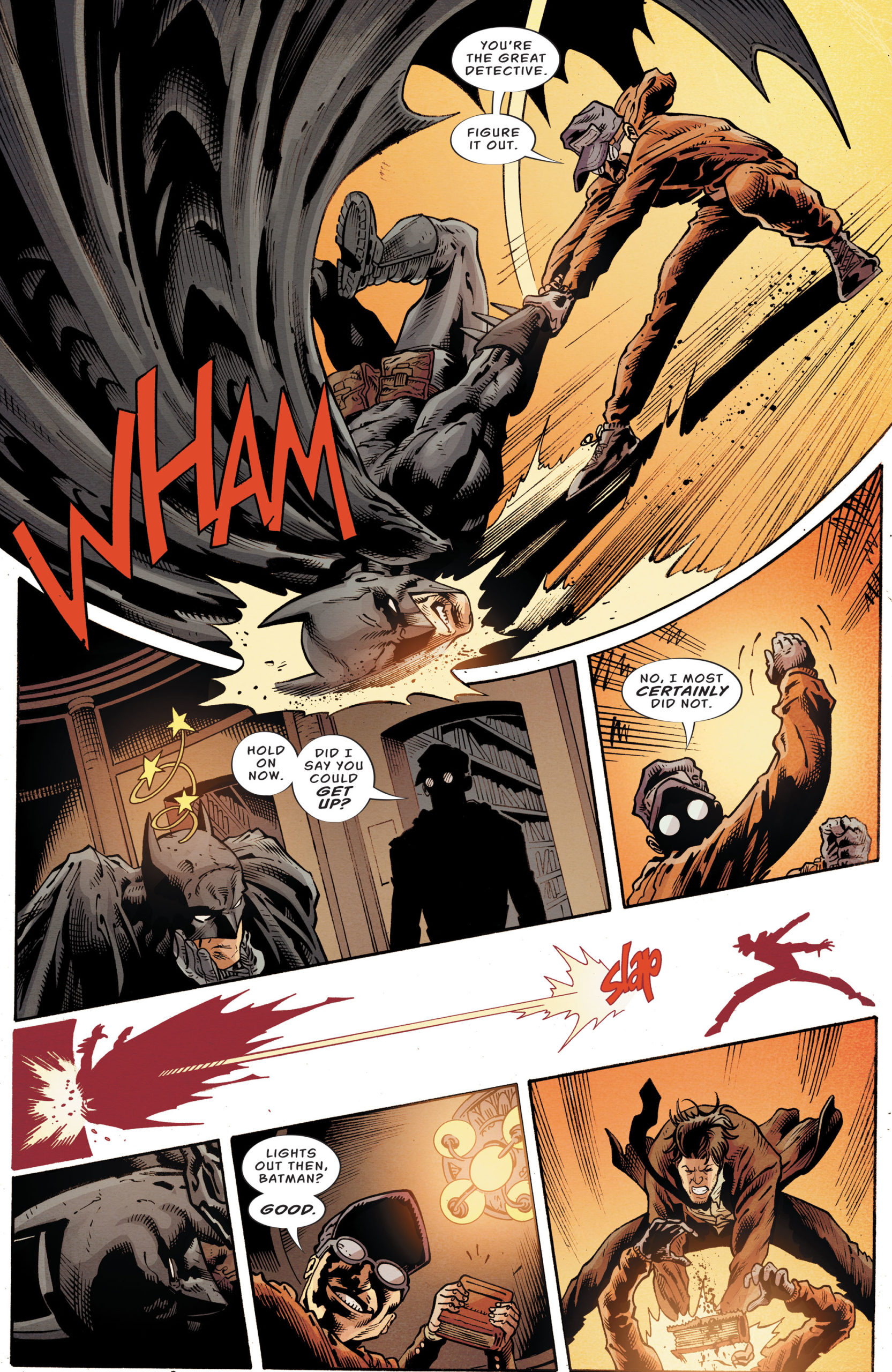 Later in the issue, as Bookworm confides to Mrs. Stacks, instead of using a traditional panel design, we have overlaid paper with ends curling up that appear to have been torn from a book.  It not only fits thematically with the Bookworm character, but also fits in with the source material (old books) for the characters that inhabit the world of Fables.  It’s a really creative approach to panels that also provides a varied layout.

No real negatives for Batman vs. Bigby! A Wolf in Gotham #5. 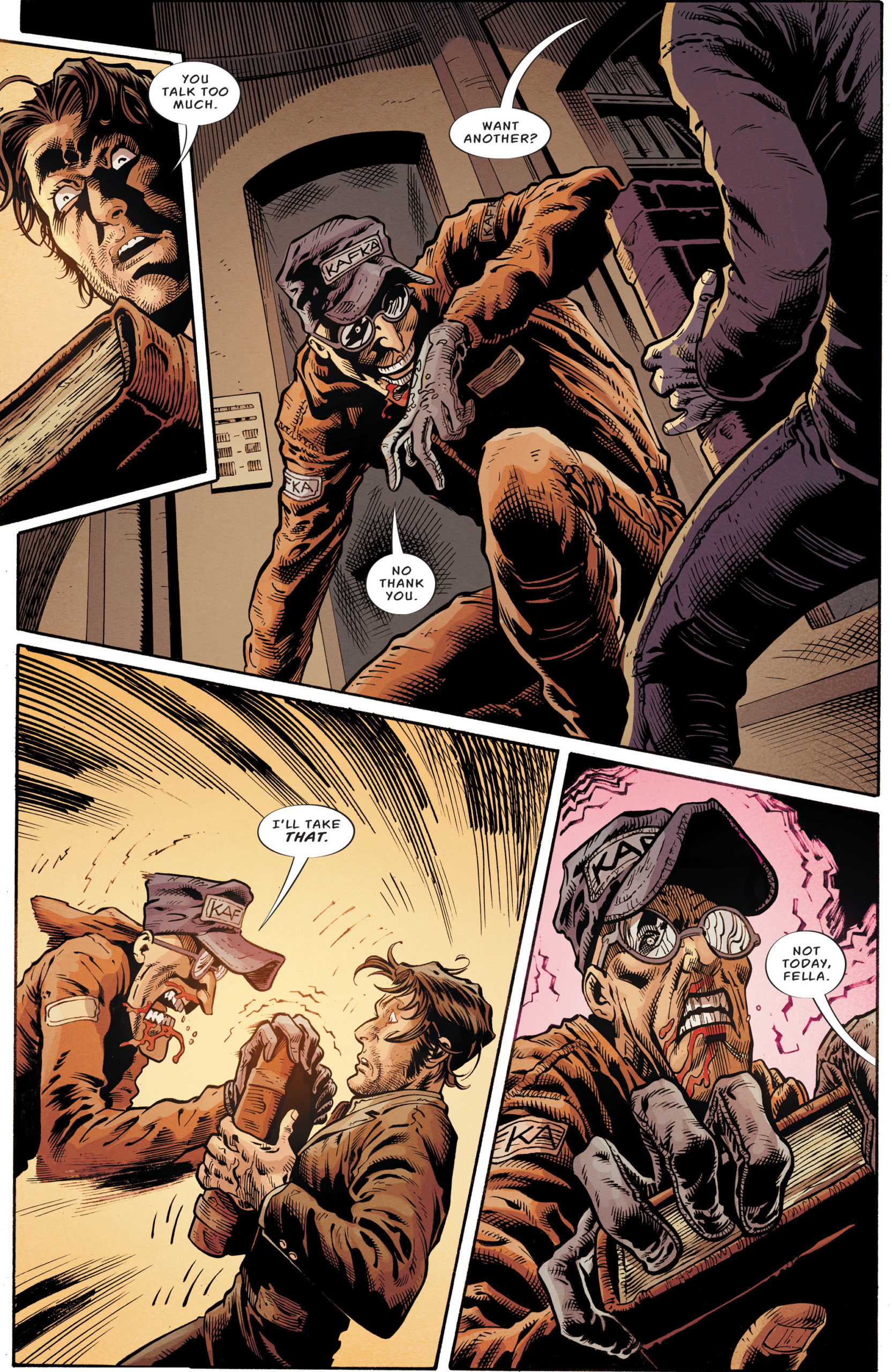 Batman vs Bigby! #5 is the perfect penultimate chapter in a 6-issue mini-series.   Coupled with some really exciting visual moments it lands as the best issue in the series, and obviously at the perfect time.  Next moth’s finale should prove to be not only nostalgic for fans of Fables, but an enjoyable conclusion to this unique crossover.