Comic-Con from the Comfort of Home

With San Diego Comic-Con starting this week many monetarily impotent fans (such as myself) are stuck dreaming of all the goodies, gift bags and giveaways. Keeping in mind that a majority of their fans can’t make it to Comic-Con DC is once again bringing fans who can’t make it Con Away From Con. With Twitter hash tags such as #AskDCComics, #DCSDCC and #Superman75 you can stay up to date on all the goings on and breaking news from Comic-Con without waiting in line behind a sweat soaked Superman or one of a hundred different incarnations of Bane and or The Joker.

Like we’ve done at prior conventions, we’ll be shooting exclusive “5.2 Questions” interviews with some of our biggest writers and artists, and we always announce these interviews beforehand on Twitter. If you see us tweet that we’ll be interviewing Jeff Lemire, and you have a question about Green Arrow, tweet it at us using the #AskDCComics hashtag and you may see it show up in our interview along with your Twitter handle.

Here’s an interview with Anthony Bourdain from last year’s SDCC to give you an idea of how it works:

This is one to remember if you’re going to be at the show. If you’re at a panel and hear a juicy announcement that you want to share with your followers, use the #DCSDCC hashtag. If you do, you may see your tweet show up right here on DCComics.com as part of our exclusive panel coverage.

We also encourage you to use #DCSDCC any time you’re tweeting about DC Comics and Vertigo Comics during the show. Even if you’re not in a panel, your tweet could show up in our DC Entertainment Events App for other DC Comics fans to read, enjoy and geek the heck out about.

As you probably know, this year marks the 75th Anniversary of the Man of Steel, and to commemorate the occasion DC Entertainment, Warner Bros. and San Diego Comic-Con have some pretty special events planned. From spectacular in-booth Superman displays, to a Superman Unchained Concept to Page panel with Snyder and Lee to an all-star Superman 75th Anniversary Celebration presentation with Superman talent from film, TV and comics. If you plan on tweeting about any of these events, or anything else Kryptonian, use the #Superman75 hashtag. We want to see it spread across Twitter faster than a… Well, you know the rest.

We hope to see you in San Diego this week, but if not, we’d love to see you on Twitter! Keep an eye on DCComics.com every day this week for more breaking news and other exciting features all about SDCC. 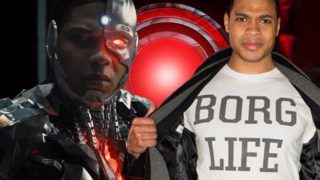 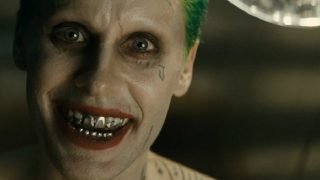