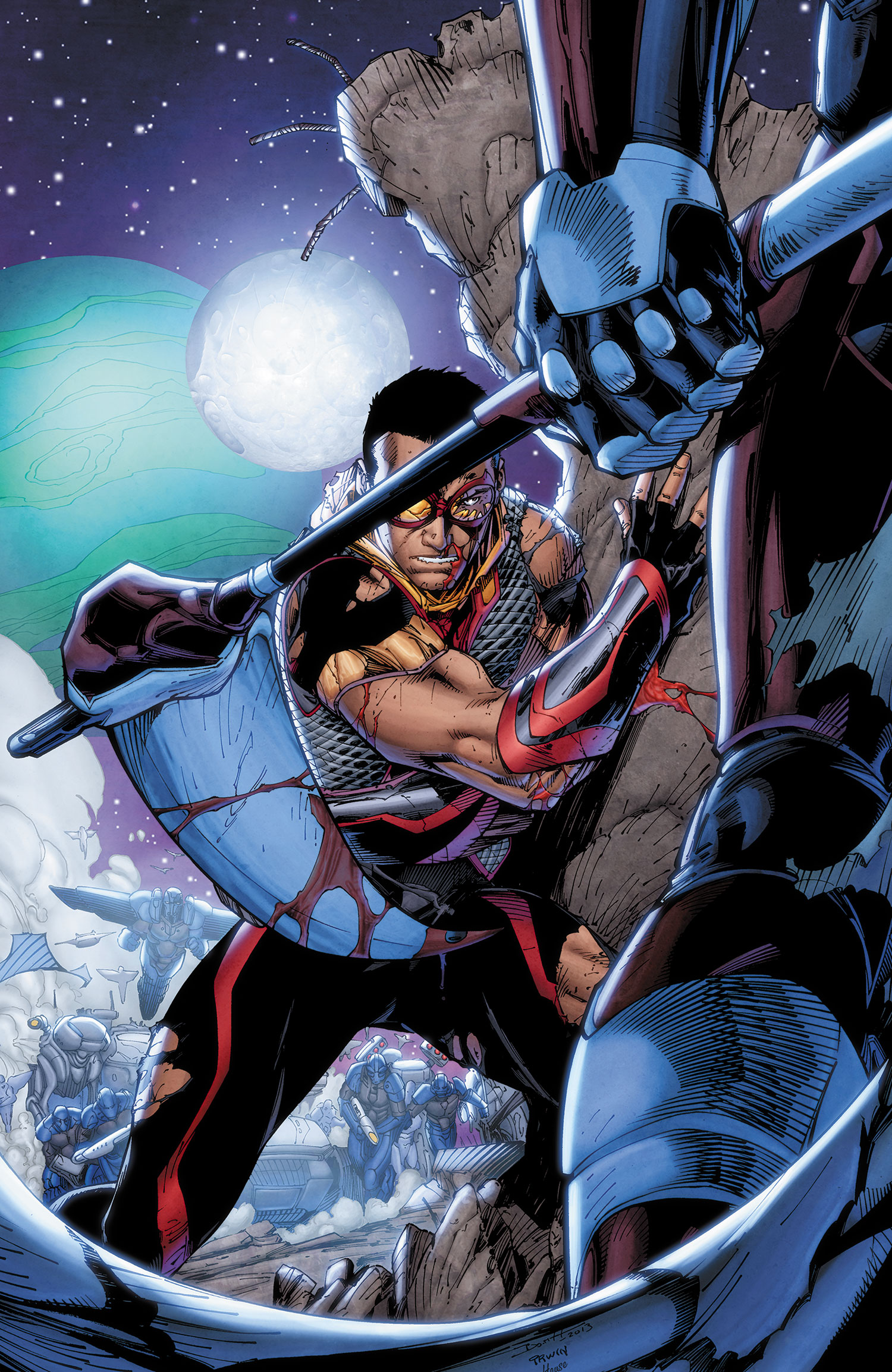 Cisco Ramon just can’t seem to catch a break, both in-story and as a DC franchise. Though his adventures will soon come to an end, JLA’s Vibe #8 reminds readers why this is one of the most fun and interesting titles in the New 52.

Cisco’s superpowers aren’t the most straightforward, and this issue attempts to explain what Vibe can actually do. This is Sterling Gates’ issue to shine with pragmatic exposition that fleshes out Vibe’s abilities in a way that’s easy to understand. Vibe is a very important piece of the multiverse puzzle. “Trinity War” and Forever Evil changed the rules for the multiverse in the New 52, and Vibe’s ability to connect to the energy between dimensions makes his integral to whatever is coming next.

One of the highlights of Vibe #8 is the splash page that shows Vibe floating through the ether between universes, seeing flashes of different versions of existence, extending even beyond the realm of DC Comics (“Not in the name of the Doc—“).

Gates makes sure to include enough action, though, to make sure Vibe #8 keeps with the series’ of 90s-style action and overarching theme of challenging authority. Cisco has a surprise run-in with the one, the only, the already-had-a-series-cancelled-earlier-this-year Princess Amaya of House Amethyst on her home planet—and kingdom—of Gemworld before being intercepted by Breacher, the ambivalent jumper between dimensions who was introduced in the first few issues of the series.

For the first time in Vibe’s run, the action feels rushed and too fast-paced. In earlier issues, Gates made a point to keep the story moving at a purposely quick pace because the momentum was part of what kept Vibe so fun. Here, though, Having Cisco travel to Gemworld only to be pulled away within moments of arriving just seems forced and unnecessary. Mostly, it feels like a plot device to prove that Cisco can jump between dimensions, but again, it feels forced because there was not connection between these two characters prior to this issue.

It’s a shame that Justice League of America’s Vibe will come to an end soon because it’s just starting to find it’s footing and place in the New 52. Sterling Gates brings readers another fantastic chapter with Vibe #8 and seeds clues for what’s coming in the future for the New 52.