REVIEW: Red Hood and the Outlaws #25 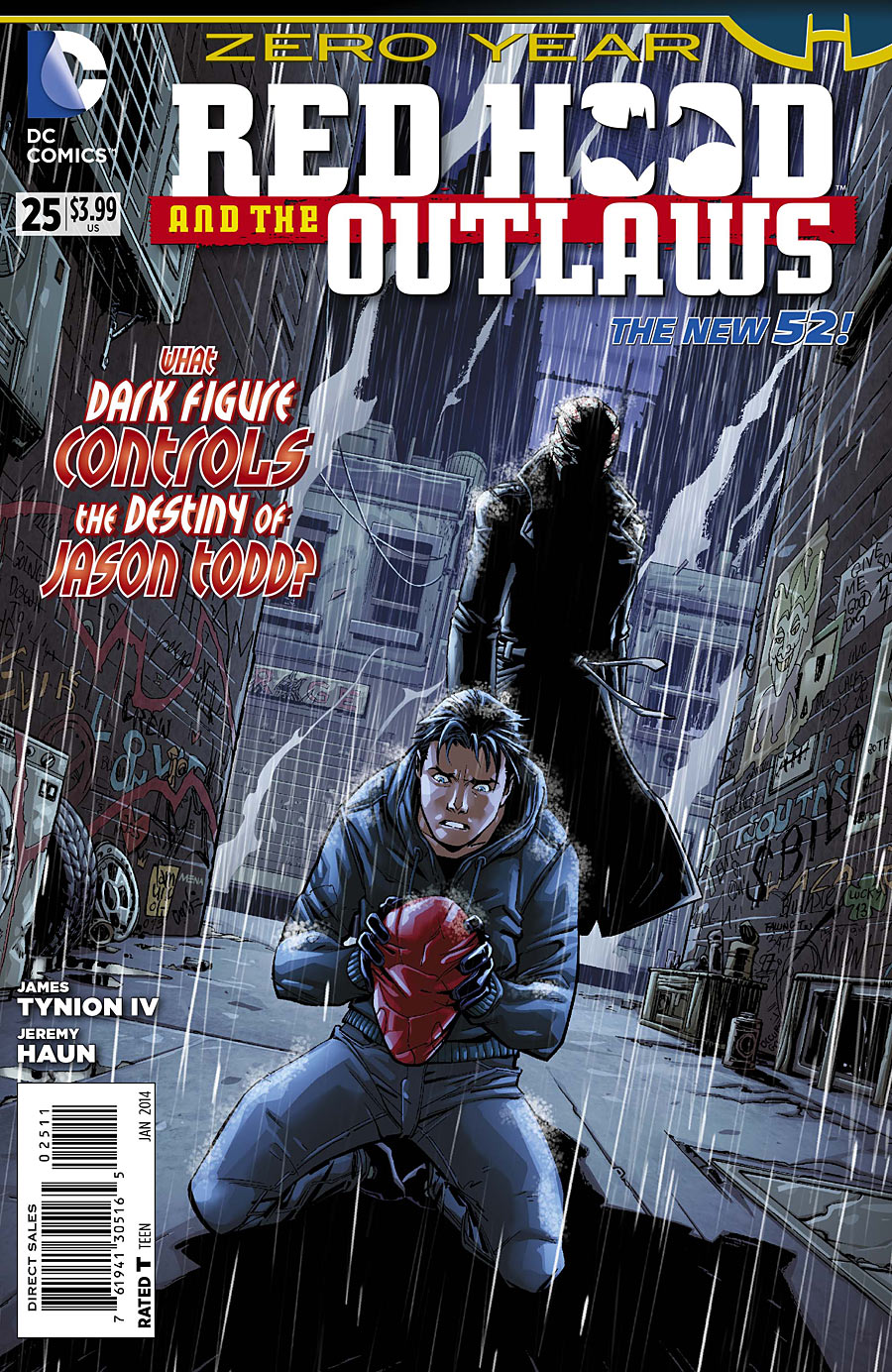 In this “Zero Year” tie-in issue, young Jason Todd finds himself donning the Red Hood for the first time and crosses paths with several characters that will impact him later in life. Along the way, Jason proves that he has what it takes to be a hero in this kind of exciting, kind of predictable story written by James Tynion IV with art by Jeremy Haun.

James Tynion excellently weaves together all of the elements that define Jason Todd into a single story set in Gotham’s past. Jason’s life has been dictated by the actions of characters like the Joker and Tali al Ghul, and Tynion illustrates his understanding of that. He also continues his over-arching theme that Jason so desperately wants to be his own person, away from all of the figures that influence his life. So, essentially, Tynion creates a nice open and shut story that examines and helps flesh out some of Jason’s character values.

There were also some pleasing, although predictable, moments in the story. His donning of the Red Hood was a great bit of foreshadowing and his succeeding where Talia failed was a testament to Jason’s strength. The story ended with a great scene that illustrates that Jason truly wants to be himself, a good-natured human being.

Haun’s art overall was a positive for the book. He captures the fight scenes very well and manages to put some emotion on the faces of characters from time to time. Jason’s opening scene with his mother was one of those well-drawn moments.

Tynion’s story was predictable. It simply had to end a certain way for continuity’s sake, and there were no big surprises. A great story involves both emotional impact and shocking moments. The emotional payoff at the end was not large enough to make up for the predictability.

The interaction between Jason and the man we can assume is the Joker is also disappointing. Red Hood One is certainly crazy enough to be the Clown Prince of Crime, and he had some great moments in the story, but his two-second battle with Jason wasn’t one of them. These two to interacting in the storywas a surprise, but once they did, it could have been so much more.

Haun’s artwork also had its awkward moments. Some scenes simply looked strange, and others severely lacked detail. It would’ve been nice to see something more from Haun, especially after his enjoyable Riddler one-shot from Villain’s Month.

The book was good, but not great. It gave us a good look at Jason’s character and desires while giving us a predictable story set in the past. Next month’s battle with Ra’s Al Ghul promises to be much better. And cheaper, too.