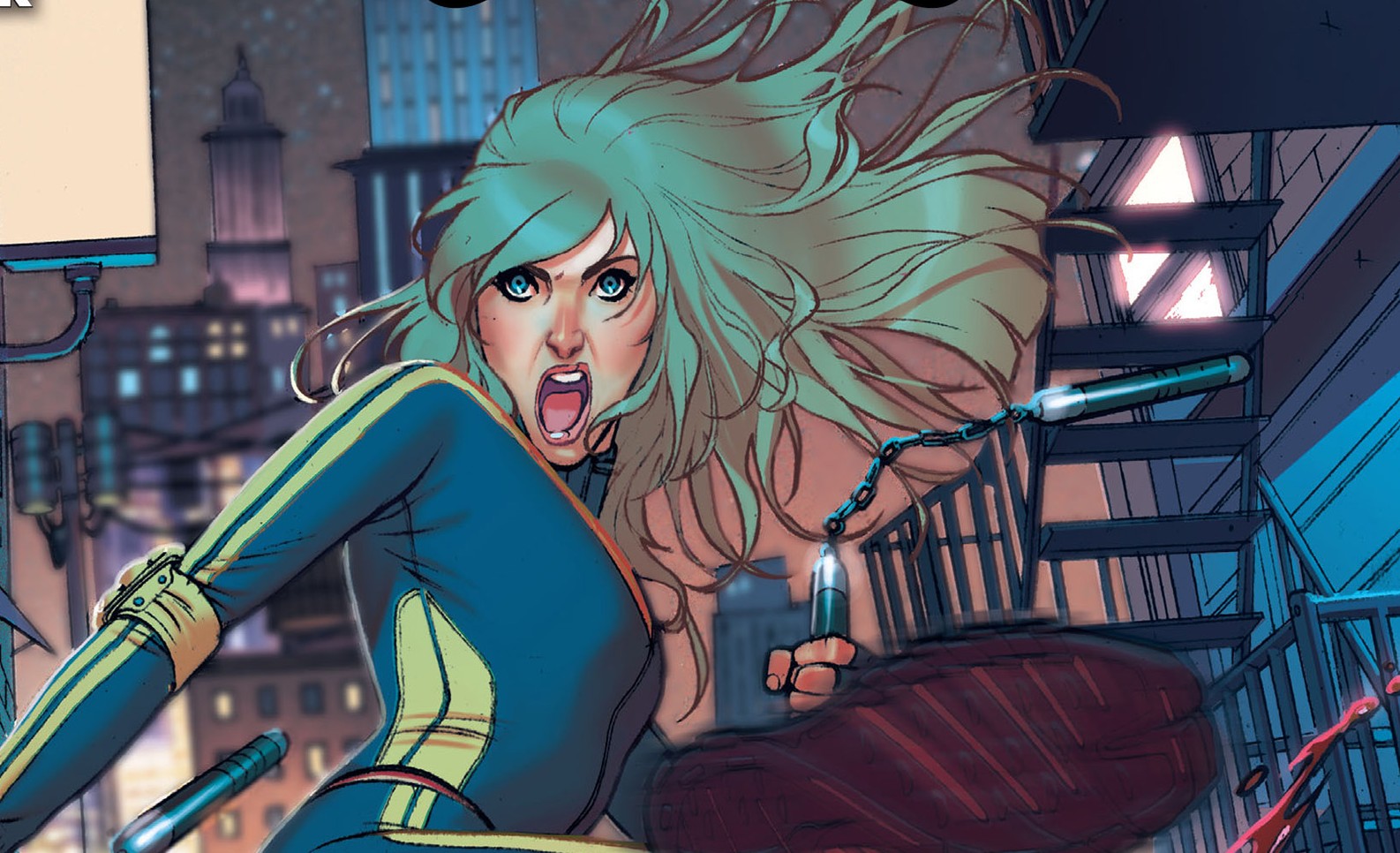 “Zero Year” continues with this single issue chronicling the exploits of Black Canary during the blackout of Gotham City.

Writer Christy Marx does an excellent job of fleshing out Black Canary’s backstory and giving readers a real explanation of The Ladybird. This is a little bit of extra help for fans who haven’t quite figured out if she’s more Dinah Drake, or Dinah Lance, which has been a great deal of concern for people who wish to see Green Arrow and Black Canary get back together someday.

The dialogue is smart and meaningful, especially during a number of scenes where Dinah is talking with her old Sensei, you truly feel attached to a character that you only know for a short period of time; an impressive feat, especially in the world of comic books.

Artists Romano Molenaar, Daniel Sampere, and Travis Moore also do an excellent job with the pencil work this month. It’s hard to say whose idea it was, but during a flashback within what’s already a flashback they added wooden sides to all of the panels, which is an excellent touch. With the three artists meshing their styles together fairly seamlessly, they create a book that’s very nice to look at.

Marx goes a bit too far with the flashbacks in this book. “Zero Year” tie-ins are already flashbacks; Marx takes it a step further and implants a flashback within a flashback. It feels like if we take one more step backwards, it would be getting dangerously close to Inception territory. That being said, this is the only problem in an otherwise enjoyable book.

If there’s any non a-list character that deserved a “Zero Year” tie-in it would be Black Canary. It’s great to see her getting more attention and the care that many characters like her deserve. Birds of Prey #25 is a truly enjoyable book on all levels, both in illustration and writing. It’s a definite buy if you’re a fan of Pretty Bird.