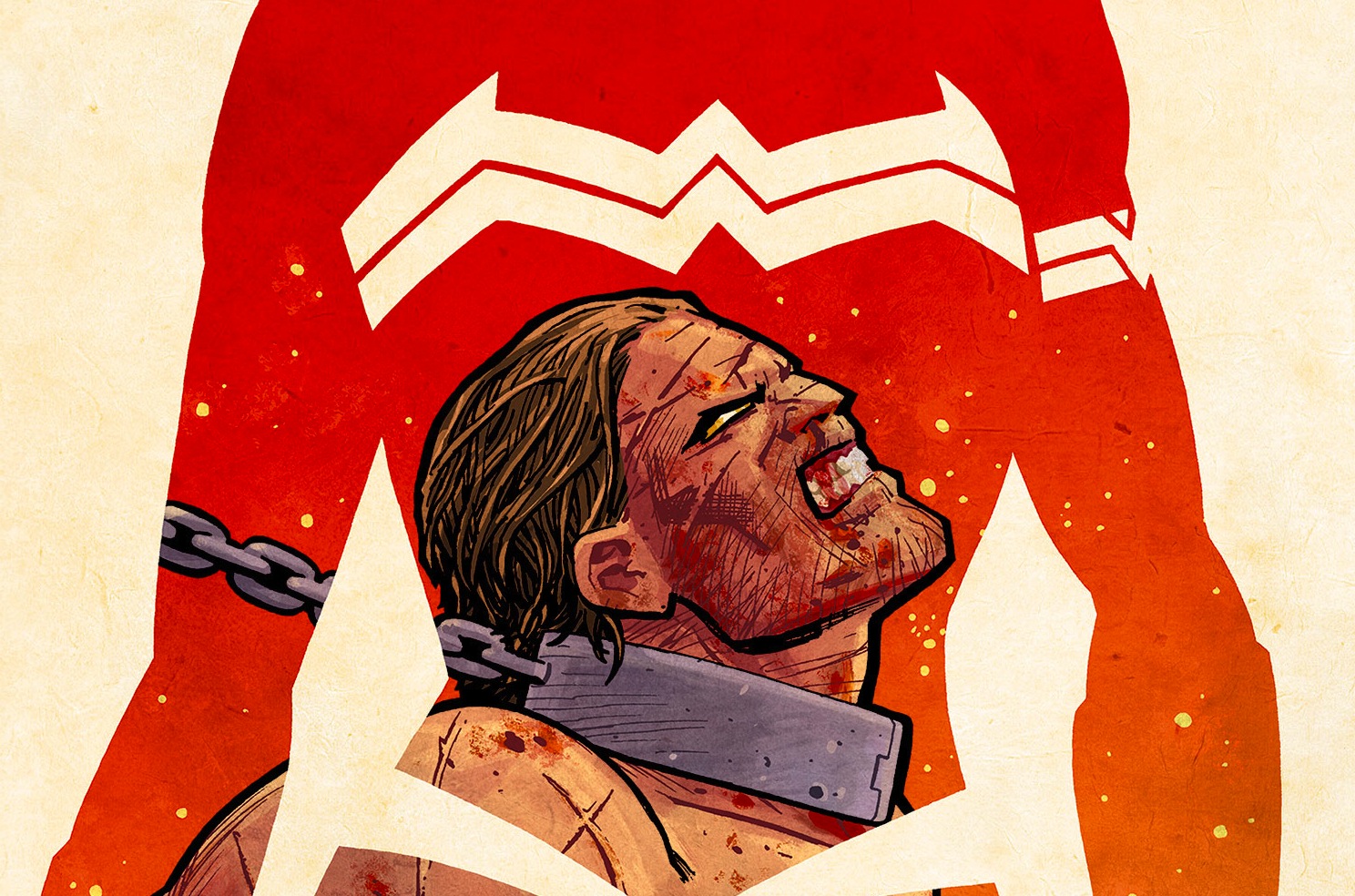 Wonder Woman and company continue to grapple in the fallout of war with the First Born in Wonder Woman #26 by Brian Azzarello and Goran Sudzuka.

Issue 25 featured the capture of demigod Milan by villainess Cassandra and some twisted machinations by Strife. How do these two plot lines pan out?

After twenty-six consecutive issues, Brian Azzarello knows the universe of Wonder Woman better than anyone currently writing at DC. Like a Greek epic, the story of Wonder Woman and her family is one that has become both enthralling and labyrinthine. Each issue leads into the next fairly deftly, giving the story an overall sense of cohesion and purpose. As is the case with many books written in such a fashion, filler issues can crop up, as may be the case here (more on that in a moment).

There are some lovely vignettes in this issue. Strife toying with Zola and Zeke plays out particularly well. It’s an age-old problem, since time immemorial (or at least since the 1940s) that friends and families of superheroes are in constant peril. How many times has Wondy saved Steve Trevor from Ares’ dastardly plots? Zola’s final decision to leave the group is shocking yet also very organic.

It was also nice to see Diana and Hermes fighting as comrades again. Azzarello understands the saying “you can choose your friends, you can’t choose your family” and implements it well in this title. Alliances shift tentatively depending on the situation and it’s refreshing to read a title with such fluidity.

Oh Cliff Chiang, where have you gone?

Goran Sudzuka has done an admirable job “filling in” for the past few months, but this issue’s art has some particularly glaring problems. Sudzuka does very well with character close ups but his pulled-back panels lack clarity and detail. The result is an issue that feels visually uneven. Cliff Chiang’s return to interior work for the title will lead to much rejoicing from this reviewer.

Writer Brian Azzarello is not free from critique either. While the overall content of the story is fine, some of the dialogue is quite stilted. The conversation between Strife and Zola, for instance: though they are already mid-conversation, Zola seems surprised when she turns and discovers Strife. Shouldn’t she already know whom she’s talking to?

There are a few instances in this issue where certain dialogue just doesn’t make much sense. One of Cassandra’s minions uses the phrase “other than uncharted and off the charts” when speaking to Orion. Those mean the same thing.

Though these may seem like nitpicks, poor dialogue slows down the story and stifles emersion. Added to the overall “filler-ish” nature of this issue, Wonder Woman #26 feels, at times, more sluggish than not.

Wonder Woman #26, written by Brian Azzarello and drawn by Goran Sudzuka, is a subpar issue with some great moments sprinkled throughout. Inconsistencies keep the issue from packing quite the emotional punch that it should have.