Rumor: News About the Next Batman Game Leaked? 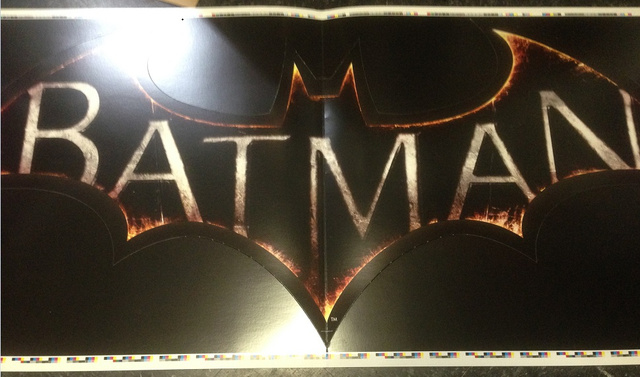 Recently rumors arose that Rocksteady was on the verge of announcing their next Batman game and now it seems those fires are still being stoked.  It all started when days ago, a Gamestop employee allegedly received marketing materials for an unknown Rocksteady game.

Now apparently the Facebook page of Batman: Hush uploaded the following picture a couple hours ago.

I have found the page in question and the post is still up so we’ll see what this forebodes. The page has roughly under 5,000 followers. An interesting fact though is that before Arkham City was released Warner Bros bought out a couple websites relating to the Batman: Hush storyline. The names of some of those websites are BatmanHush.com, BatmanHushGame.com, BatmanImposters.com, and BatmanImpostors.com.

While this should be taken with a major grain of salt seeing as how there has been no confirmation by WB or Rocksteady, a  “Hush” storyline would make a lot sense for the video game series to pick up after Arkham City.

When Arkham City ended we saw crazed surgeon Thomas Elliot sporting a nifty new Bruce Wayne face, seemingly setting himself up to ruin the Wayne name in the near future. This was a side mission throughout the game but it showed its potential of what could be. Plus I doubt many would be opposed to seeing the famed Batman: Hush story arc immortalized in a video game, it’s one of the most popular Dark Knight stories of all time.

Though this potential news is very encouraging and exciting to hear about I am holding out hope until there is an official confirmation and I recommend you all do the same.