Batman vs. Superman tying in with Dark Knight trilogy 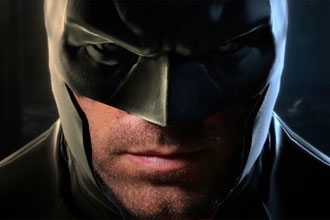 Another day, another Batman vs. Superman rumor.

Despite plenty of denials from Warner Bros, new rumors suggest the Batman vs. Superman movie will build on the continuity of the Dark Knight trilogy. The events of Christopher Nolan’s Dark Knight trilogy will be in canon minus a few small changes, according to MoviePilot. Things like Thalia’s involvement in the ‘The Dark Knight Rises’ and Bane’s death will not be canon. So does that mean Ben Affleck will be portraying an older version of Christian Bale?

They go on to claim to know numerous details about the upcoming film as well. Believe what you will, we’re just here to present them. After the events of ‘The Dark Knight Rises’, Ben Affleck’s Batman will have retired to rebuild Gotham as Bruce Wayne. Robin, from TDKR but likely won’t be played by Joseph Gordon Levitt, becomes Nightwing and Batman’s first protege. Also there’s supposedly a 7-year gap between ‘TDKR’ and ‘Man of Steel,’ meaning Batfleck will have been retired for seven years.

Wait, there’s more. In addition to a Nightwing appearance, Batfleck supposedly starts the Batfamily knowing that the crime in Gotham needs to be dealt with. Batfamily members being: Nightwing, Batwing, Batgirl, Red Robin, and Robin. The latter dying at the hands of the Joker, who escaped during the events of ‘TDKR’ and then “reappeared.”

There’s more rumors that can be found in Movie Pilot’s report. Bruce Wayne builds a “BatArmy,” Gotham City is internationally known as Batman’s City, Batfleck is concerned about the events from ‘Man of Steel’ comparing it to the destruction Bane caused in Gotham, and more.

Okay the Nightwing rumor sounds good. Nightwing rumors have been floating around the upcoming ‘Man of Steel’ sequel for quite sometime now. But four other new characters, all Bat-characters, being brought into the DC cinematic universe? Not sure if that one will really happen. There’s enough buzz on introducing Wonder Woman and the new Alfred Pennyworth and Lex Luthor. Cramming in more new faces and more heroes doesn’t sound like the best way to go with this movie. And isn’t it a ‘Man of Steel’ sequel? This just sounds like Batfleck is about to steal the show. Let’s just keep the spotlight on the main characters in the title: Batman and Superman.

Again, these are all just rumors at this point. With filming beginning in Michigan soon, more of these rumors and reports are likely to come in the following months. What do you think of all these ‘Batman vs. Superman’ rumors? Would you want to see a flurry of Bat-characters in the next film?