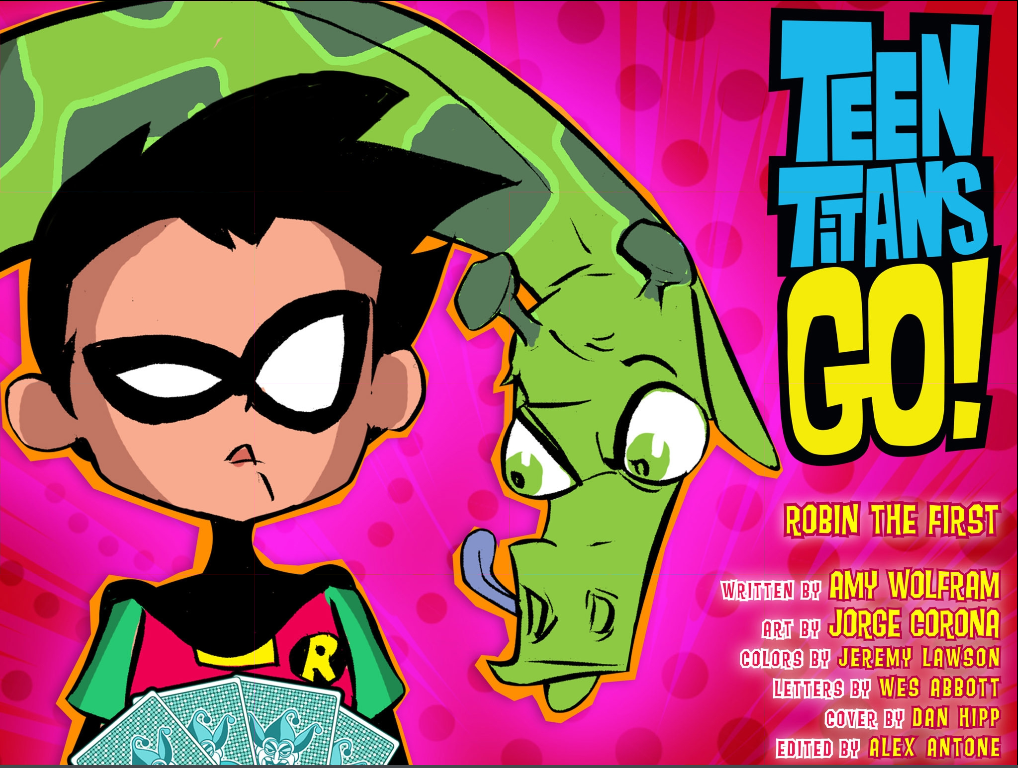 Telling the tale of Robin’s desperate search to finally manage to beat the rest of the Team to something, TEEN TITANS GO! #8 is definitely aimed at younger readers, but has enough humor to keep an adult audience entertained. In addition, TEEN TITANS GO! stands out as one of the few digital titles to fully embrace the format, actively taking advantage of the effects permitted by the medium, which, combined with the length and humor of the book, almost makes it feel like one of the animated shorts off of which the series is based.

Unlike most books, which are written for print with little thought to their appearance in digital format, or even other digital titles, such as SMALLVILLE: SEASON 11 and BATMAN: LI’L GOTHAM, which are laid out with digital readers in mind but left print-ready, TEEN TITANS GO! likes to experiment with the media, tossing in animated transitions and using it to reveal dialogue and events to help with the pacing. Though it means additional work for print-readiness, and it can, in some places, be overused, it’s really nice to see a digital comic stretching its wings, so to speak.

Further, as humor and pacing goes, TEEN TITANS GO! is definitely a title that strives to make “all ages” more than a euphemism for “kids’ book.” Though #8 lacks some of the easter eggs and continuity gags thrown in for adult readers that both other issues and the Cartoon Network shorts toss in here and there, Robin’s consistent failure to be the first to the punch is genuinely funny and the comedy well timed. The old TEEN TITANS show, though aimed at a young boys, had a substantial adult female following, and this series is clearly being written with them in mind.

I give TEEN TITANS GO! a lot of credit for its willingness to experiment with the Comixology reader, but unfortunately, it’s still the Comixology reader, and for those of us who read Comixology on our computers rather than a tablet, it can be frustrating in places. Though, resolution-wise, the comic is at least clearly legible, unlike many other more print-oriented titles, slower internet connections and browsers throw a new element of frustration into the process. When you have to load a new page for almost every speech bubble, Comixology’s frequent failure to load pages in a timely fashion gets very old, very quickly.

Additionally, though the issue is generally very funny, the jokes can in places fall flat, with gags continuing past their welcome and convoluted lines taking away from the humor.

TEEN TITANS GO! #8 is a fun standalone title, as well as a good example of what DC Digital can really do with a bit of creativity. Though some tries miss their mark, both humor- and media-wise, it’s an enjoyable read that will earn a hearty chuckle from readers of all ages. At $1.99, it’s worth checking out.