BATMAN BEYOND 2.0 #30 (Higgins, Siegel & Hester) is the penultimate chapter in the story that Higgins and Siegel have been laboring over for the past five issues. If you’re just jumping on – don’t! This isn’t that kind of story, and what kind of cad jumps into a story arc one issue before the climax!

Just in case you’ve slept since the last issue went up, Terry is hot on the heels of not just The Joker Gang, but also the mysterious vigilante Jake Chill and someone masquerading as The Phantasm. It’s been a pretty wild story so far, especially considering how slow paced these digital releases usually are.

BATMAN BEYOND 2.0 isn’t one of those series’ so far where it has a lot of work to do before it ties up a story arc – Kyle Higgins has had enough practice in both long and short form storytelling that he knows how – and when – to have the particular beats of a story fall into place.  So I can definitely say that if you’re looking for a tight-paced story with a few very clever surprises, you might want to go five issues back and grab this series before skimming this review and deciding to buy BATMAN BEYOND 2.0 this week.

The weakest part of these books, visually speaking, has been their use of multiple artists. I understand why pretty well. 2.0 is a series that has told a lot of stories that flip back and forth between ‘Now’ and ‘Then,’ and they always make a point of aping Bruce Timm a little bit more in the ‘then’ sections. But the thing about Bruce Timm’s style in reference to the DCAU is that it was a style made and developed for animation. Aping an art style tailored to a different medium didn’t do this book any favors artistically.

So seeing that Hester was the only one doing pencils on this was a relief. He’s been pretty good about being halfway between looking like the DCAU and giving BATMAN BEYOND 2.0 its own unique visual flair. I find that incredibly important, especially when trying to tell a story attempting to tread new ground with a character. It needs to not just be distinct in the manner it’s written and communicated to the reader, but the way it’s visually presented as well.

Hester balances his figures and motion in a way that looks really good for essentially aping the finer parts of DCAU animation.  It evokes movement and style fairly well on its own and is only enhanced by the heavy usage of shadows: the same shadows that then further help characterize Gotham City as a place of darkness. Collaboration between multiple artists is something that can work really well- but for BATMAN BEYOND 2.0, it’s been a constant negative, so I’m glad to finally see Hester working on his own.

This story prompted a lot of questions that are difficult to puzzle out. Namely- how exactly does The Joker’s toxin actually work? If this is supposed to build off of the DCAU, I never remember the “original Joker Toxin” (as it’s called here) making people go Creeper style lunatic and start attacking people. More importantly, if the stuff a character in this was poisoned by is supposedly contaminated with the older version of the toxin, why didn’t Bruce’s antitoxin work, when it had worked in the original animated canon?

More importantly, it’s pretty clear that Andrea isn’t the one beneath the mask of the Phantasm (heh), so in going with that, I wonder why Higgins hasn’t really given us any real suspects for who it could be besides Dick Grayson. Not to throw shade on Higgins abilities as a storyteller, but you don’t keep a character like The Phantasm behind a mask in a story so focused on the past when the character usually behind that mask is so integral to Bruce Wayne’s history.

BATMAN BEYOND 2.0 is a well paced issue where most of the problems have to do with canon and mystery building itself. Other than that, it serves as a very nice curtain call for the end of this story arc, in a way giving readers very few places the story could go.

Hi! I'm Sam Kittrel. I write for my personal projects over here at http://skelesam.blogspot.com and I mainly write for DCNews on the side. My favorite comics currently are Moon Knight by Declan Shalvey and Warren Ellis & Hawkeye by Matt Fraction and David Aja 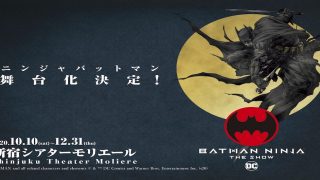 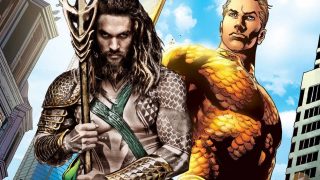