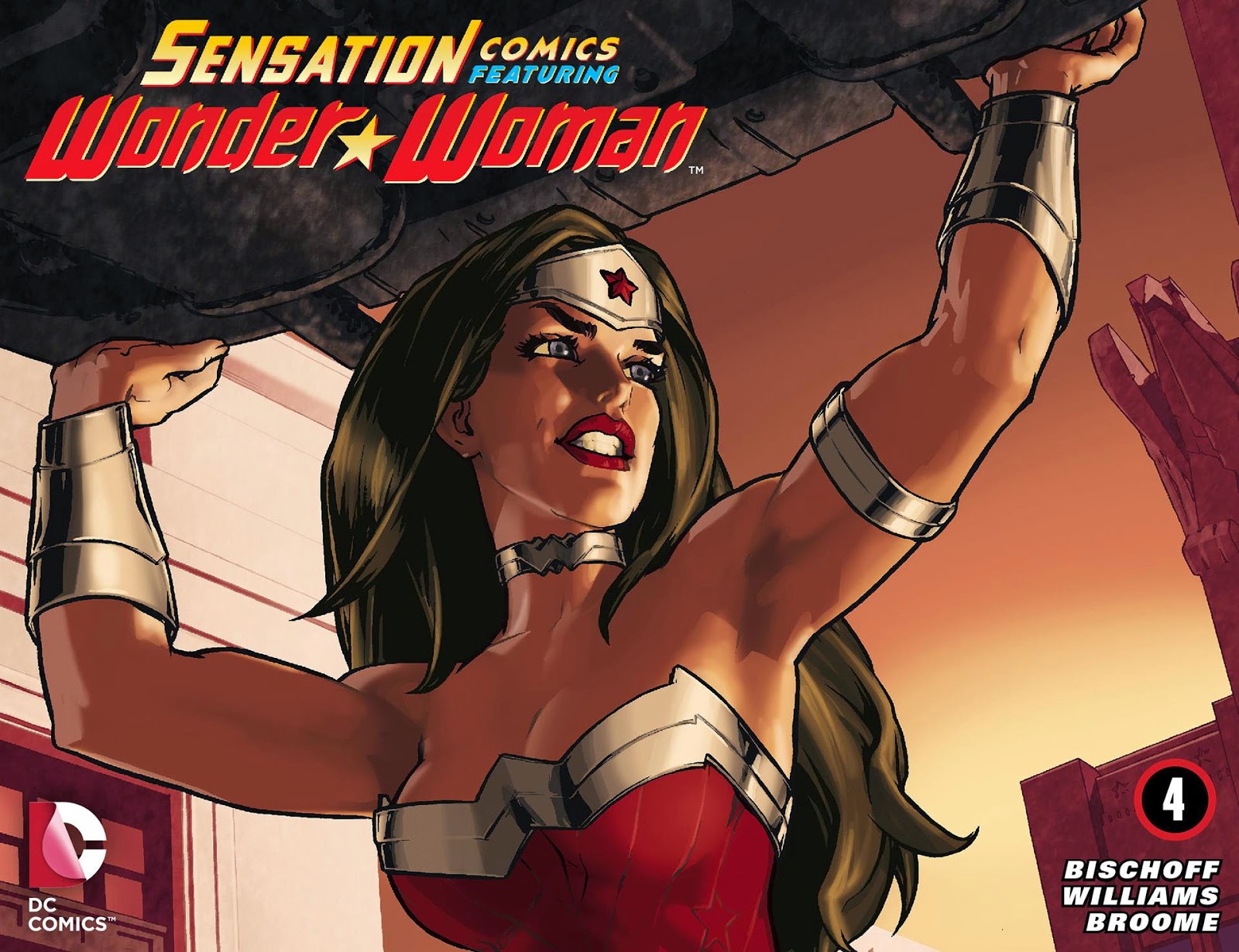 With the continuation of Wonder Woman’s story, this week’s SENSATION COMICS shows what it’s really like to be a hero in the big city. Despite being the best she can be, Diana faces the most mortal of challenges within herself as she deals with her roots being dragged out into the public microscope.

Another beautiful part of the Amazon Princess’s story unfolds as Ivan Cohen heads up this week’s issue. I love seeing the more human side to Diana as Cohen focused in on the mortal coil that’s within all of us, even a demi god. Having flaws is part of being human and it’s really refreshing to be reminded that Wonder Woman is not totally invincible, though you wouldn’t want to make her angry. It was a well scripted continuation to the Circe arc that brought back the mythic fantasy of Wonder Woman heritage. I think it’s important to have a blending of both the modern world she lives in now and the past she left behind which Cohen has executed perfectly.

Marcus To and Andrew Dalhouse have done a superb job with the artwork for the issue. I finally felt that the woman has returned to the pages as the warrior she should be. With heavily detailed characters and brilliant, bright colours it was really captured both the patriotic envision to Wonder Woman and also the clarity and luminosity of Washington compared to the darkness of other cities like Gotham. I felt this half of the story was far more balanced compared to the first half and had clearly structured pages with even panelling. Nothing felt out of place and the story flowed comfortably through both reality and the fantasy elements.

The message behind Wonder Woman still strikes at my core as a DC fan. It’s been so wonderful to see her live as both the superhero and as her normal human self. Finding balance in life is a challenge for all and even for the strongest woman alive, mortality is forever a constant battle. It gives a perspective into readers own minds and brings the superhero down from the mantle into the real world. I also have to highly commend the artwork in the issue. It was a flawless display of how two artists can work so perfectly. From the colors to the page layouts, I felt I could have kept reading if the story continued and not faulted a single image of the heroine.

I was not really taken by the internal dialogue. With the improvement from the beginning of the story, I still felt it was a little out of place and could have been structured better. Sometimes less is more of an impact at the end of the day. It was strange that they decided to put this continuation issue after last week one shot “origins” story. I think it would have been better to end this arc before breaking up the continuation for a one off as well. Sometimes the connection is the key and this story would have definitely befitted from that on-going movement.

Home hitting issues are present for Wonder Woman in this week SENSATION COMICS, proving that even the mightiest of heroes have the most human of moments. I definitely can’t wait to see where this story goes next so stay tuned for some more action packed Amazon encounters.