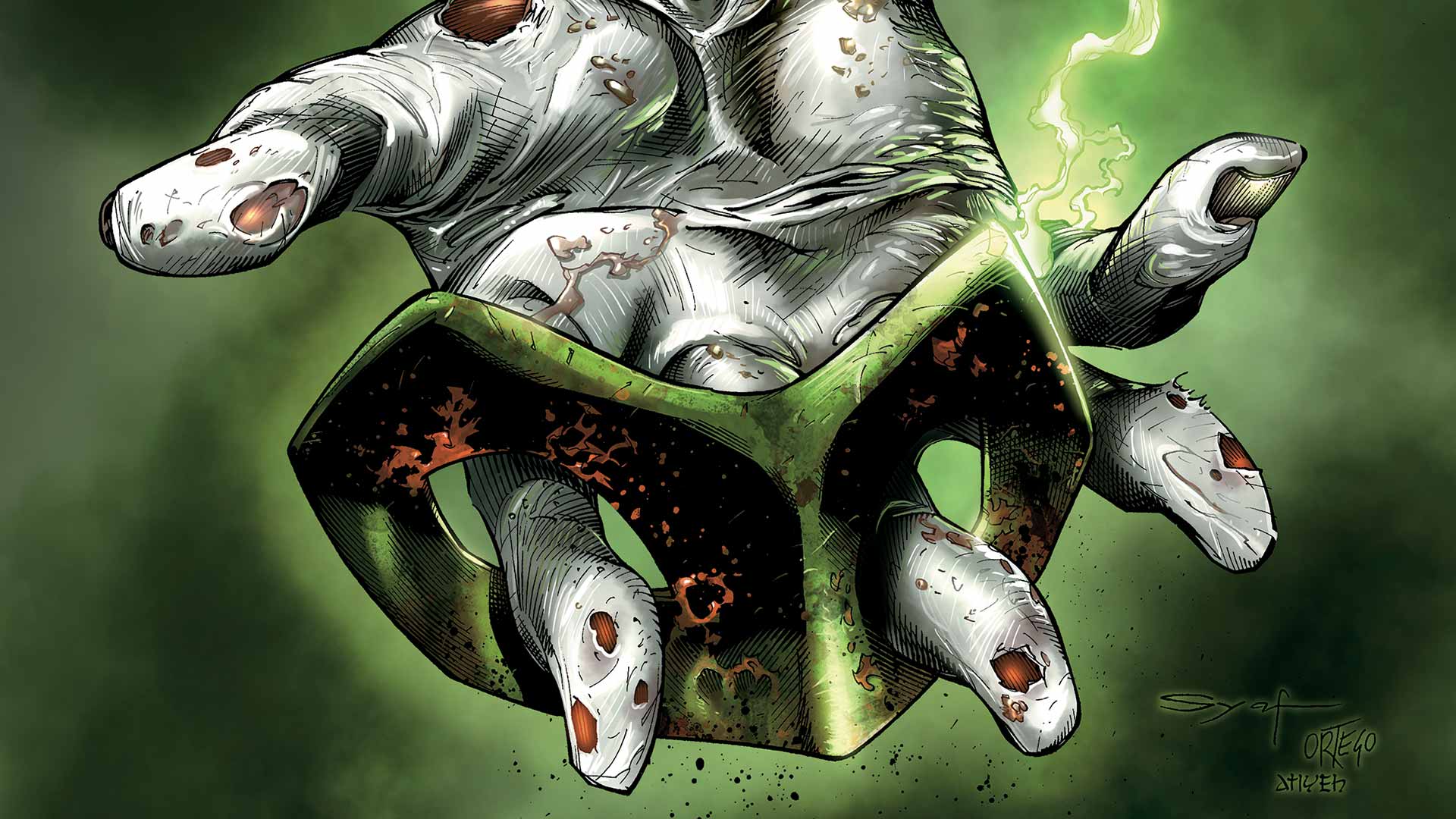 The Apokalips takeover continues this week in Earth 2: World’s End #5. While Green Lantern Alan Scott and Solomon Grundy beat the bag out of each other, the mystical power of The Green shows up. She reveals to them a greater battle at hand that will require their alliance, as well as seeking out the other avatars – that being the Red, White and Blue. Together, they will form the Parliament of Earth (sort of a mish-mash of ideas from the spectrum lanterns, the green/red from Swamp Thing and Animal Man and the earth, fire, wind, water avatars from Brightest Day).

Elsewhere, Aquawoman seeks to wake an ancient evil from it’s slumber to assist, while Jimmy Olsen connects with the Mother Box. Hawkgirl, Flash and Doctor Fate do battle with the Fury of Famine. Mister Terrific shows off his Boom Spheres to Mister Miracle, Barda and Fury while the team of Batman, Power Girl, Val-Zod, Red Tornado and Huntress face off with Desaad. They stumble upon a BIG twist hiding in the basement.

With the absolutely massive cast of characters, it’s great to see them all getting fair representation. The separate threads are moving along nicely. The writing and plotting are tight-knit and solid. The various artists are beginning to blend their styles much better than in the first few issues. The complaints I had previously seem to have all been alleviated.

As I said, the minor issues I had with the rough around the edges nature of the first 4 issues seem to have really ironed out. No real negatives to speak of.

Earth 2: World’s End #5 pulls together all the storylines thus far and balances them perfectly. I suppose like a TV show, a weekly book takes a few issues to work out the kinks, and it feels like World’s End is about to ramp up and become the ride I’ve been waiting for. The patience of Earth 2 fans should be paying off in spades soon enough.