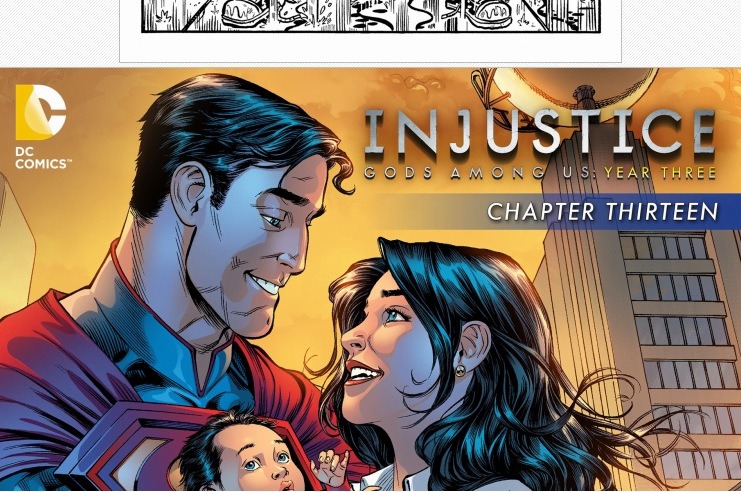 Part one of a surreal dream as Injustice year three gives into Superman’s subconscious. In the dreams of the most powerful man on earth, we get a glimpse of what could have been the alternate future of the present world.

Tom Taylor is concluding his reign on the Injustice series but this is not the end of his brilliant ideas just yet. Taking the story on a whole different tangent, I loved the new twist to this week’s issue. I honestly thought that the story would go on like normal but to throw readers into a dream world is a nice break from the original line and shakes things up for the norm. Taylor’s wording has been clever and with the small cameo from The Joker, I think Taylor had his chance to delve into his dark side. It was something different and unexpected but executed perfectly.

Xermanico, Juan Albarran and Bruno Redondo do an amazing job of drawing and spacing this week’s issue. It’s not easy making dreams seem real but these artists have risen to the script and made the short story flow from page to page.  Rex Lokus once more impacts the pages in heavy colour. The Joker is such a distinctive character and I’m glad his bright comical frame was really enhanced, not losing any of his true nature. The artwork for Injustice has always been one of my favorites and even in a false reality it feels wonderfully real.

Loads of positives as always and the first is the several part series to this dream. I liked that it hasn’t been crammed into one issue and everything to be overdone. It gives the story a chance to breathe and really evolve as Superman sleeps. I also loved the Joker coming back, he’s a hated character but in Injustice it feels like he’s getting all his just desserts no matter what scenario is played out.

Harley said nothing. I was a little sad that none of my favourite characters got a chance to say anything in this issue. Though making appearances, it was pretty much Superman, Batman and the Joker who took centre stage. I don’t know if this was on purpose but I missed the epic one liners that could have come out from the peanut gallery in this particular story.

Injustice pushes forward into a new realm of dreams. With Superman down for the count, how will the teams take the biggest player now being out of the game? Stay tuned to find out the next part of this bizarre alternate dream and if any of this rings true.