Motor City Comic Con blew open the doors of the Suburban Collection Showplace in Novi, Michigan this past weekend (May 13-15).  Attendance hit a new record high of 55,000 according to the CKC Agency, besting the 2015 record of around 50,000, and it showed.  The aisles and halls of the venue were filled to bursting, stuffed with avid droves of fans hoping to pick up the myriad collectibles, comics, and art pieces available, or catch a glimpse of their favorite celebrity.  The show floor held almost 200 vendors, exhibitors, and crafters selling everything from inexpensive kitsch to giant big ticket items – there was something for everyone on the floor. 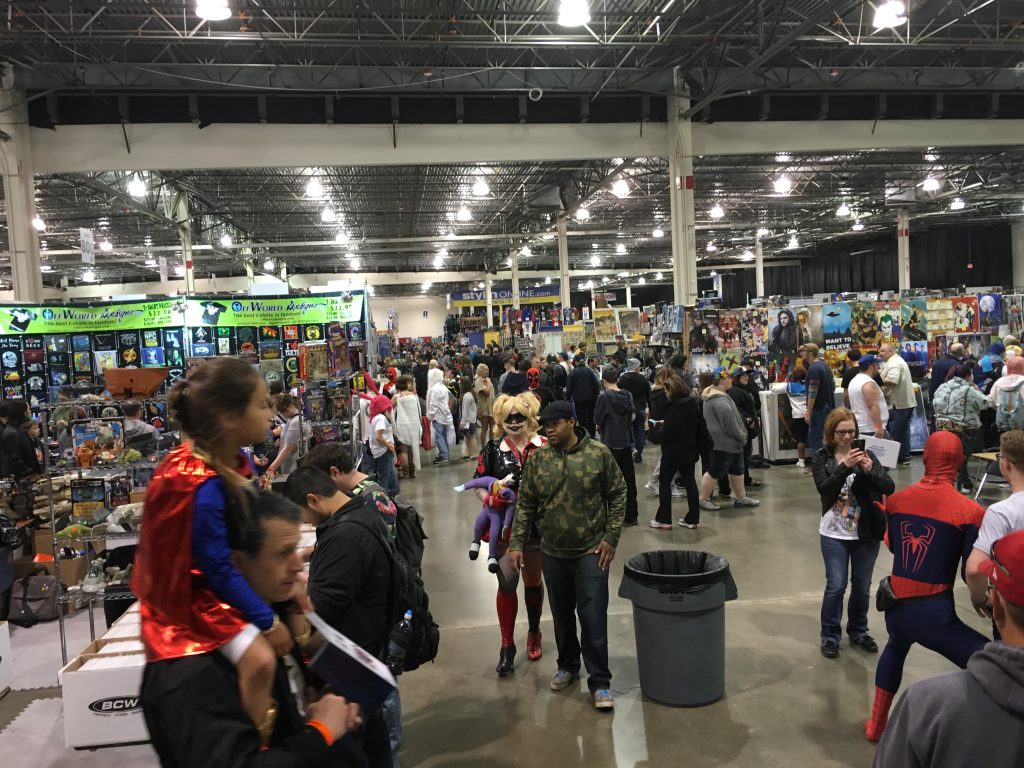 Often the biggest draw at these conventions are the comic creators and media guests, which they had in spades. Comic book artist superstars like Neal Adams, David Finch, Phil Jimenez, Joe Prado and more brought in the solid creator credibility to keep the convention from being perceived as too “media-centric,” a common criticism among the more die-hard comic book purists. Furthermore, the aisles teemed with independent artists and writers, pushing their prints and books at eager fans.

Media guests have increased in prominence over the last few conventions, with more prominent stars and fan favorites in attendance. Perhaps the biggest draws of the con were Adam West and Burt Ward of TV’s Batman, several cast members of The Walking Dead including Jon Bernthal (Punisher on Netflix’s hit Daredevil), and other pop culture fan favorites like Lena Headey, James Marsters, Michael Nesmith, and Terry Jones. I had the pleasure of speaking shortly with Malcolm Goodwin of The CW’s iZombie during his interview by my associate at DCN, Eric Joseph, and he proved to be a humorous and genuinely nice guy.  The old and the new were represented in equal measure, with fans of all forms of media (from sci-fi and fantasy to drama and comedy) having their respective geekdoms paid service. 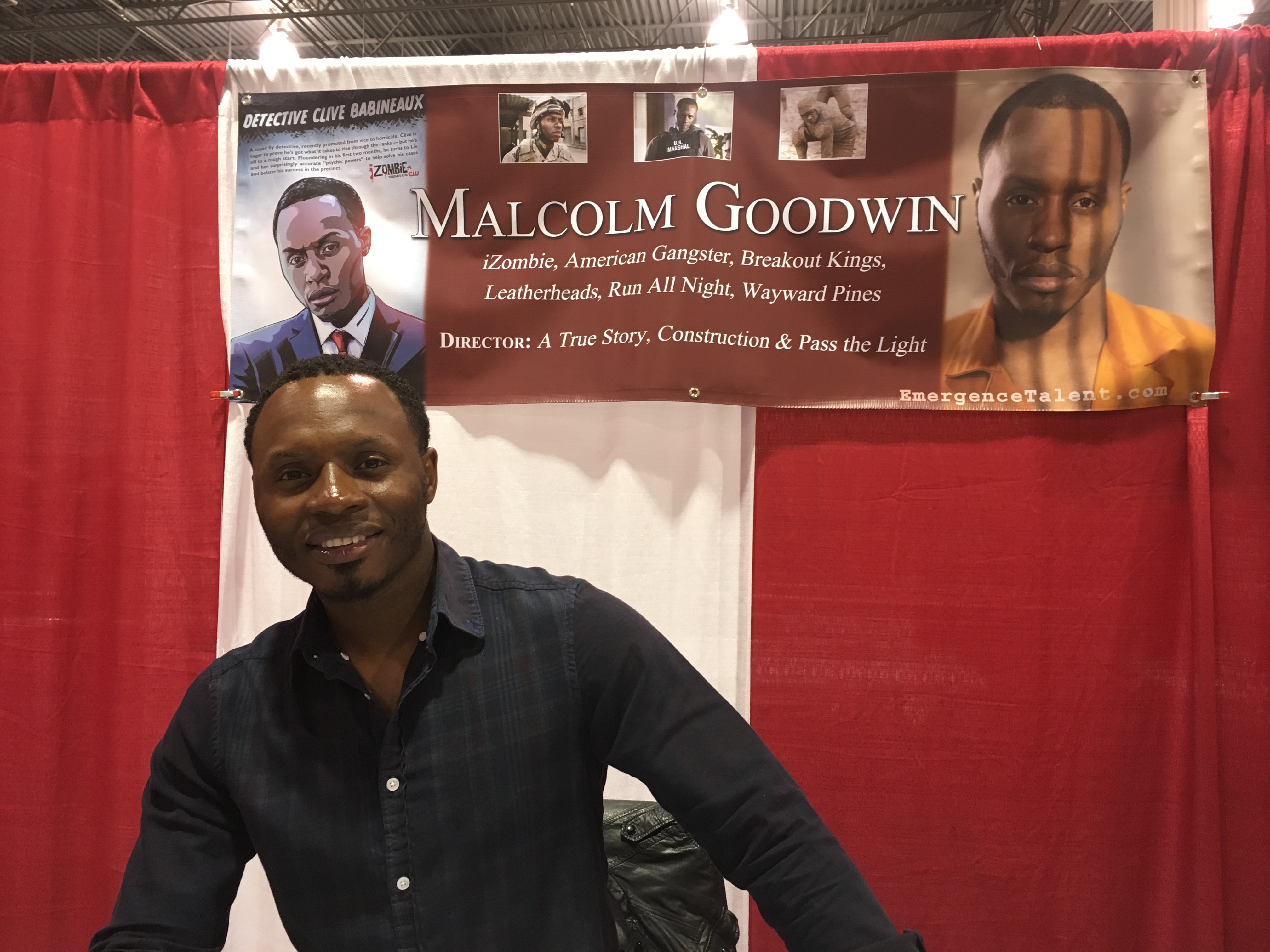 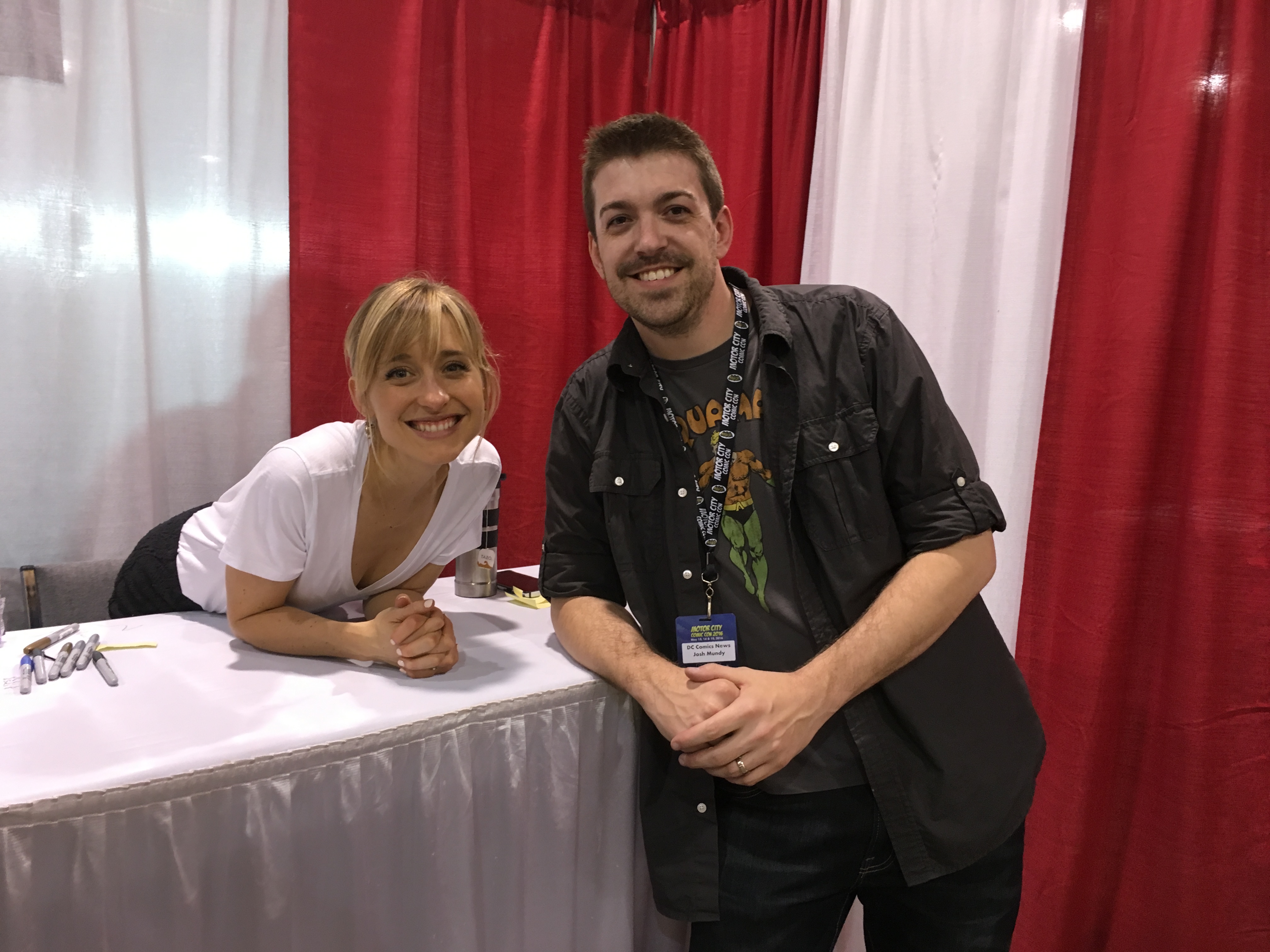 Allison Mack of Smallville fame and I. 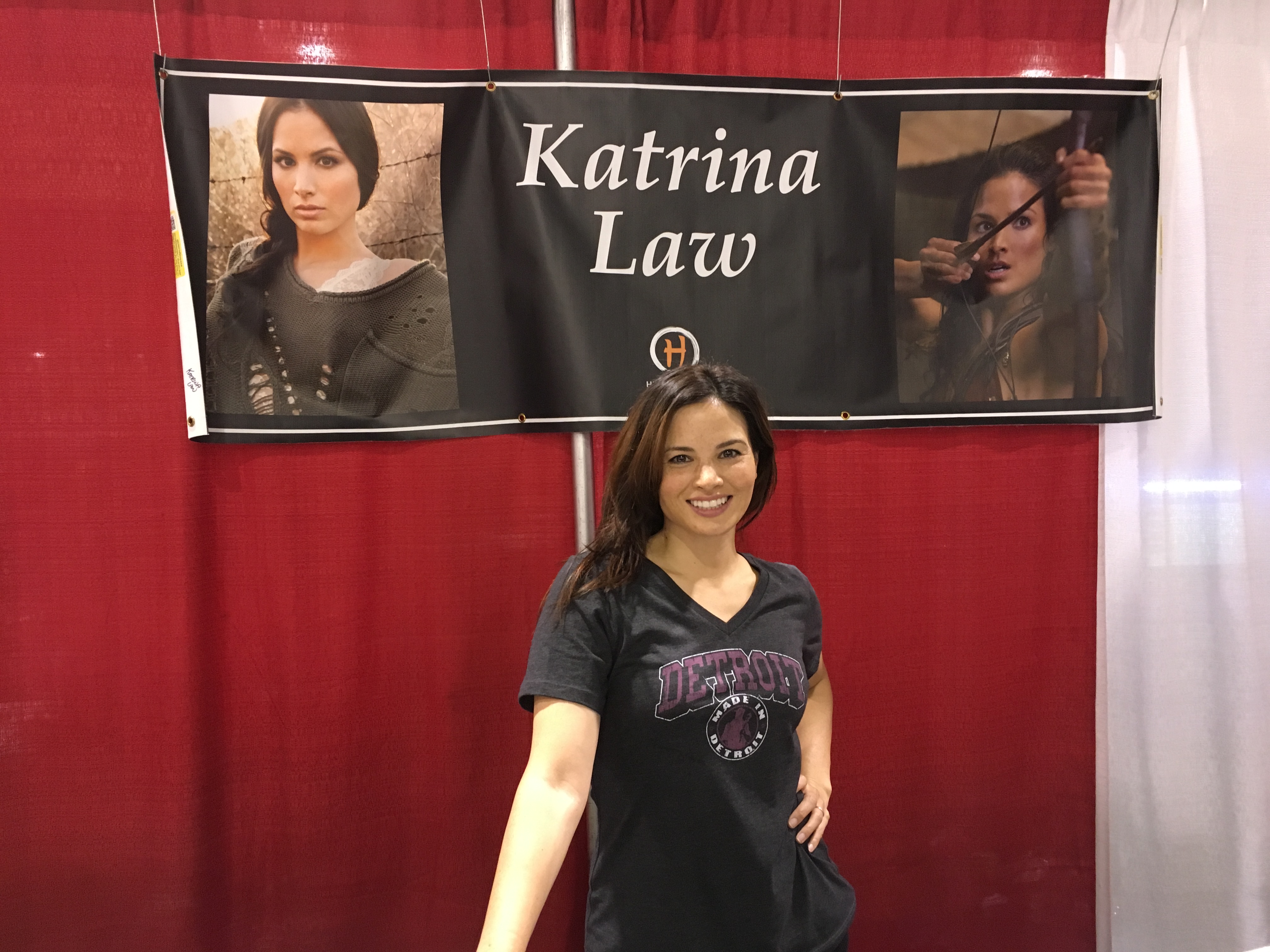 Katrina Law of Arrow and Spartacus. 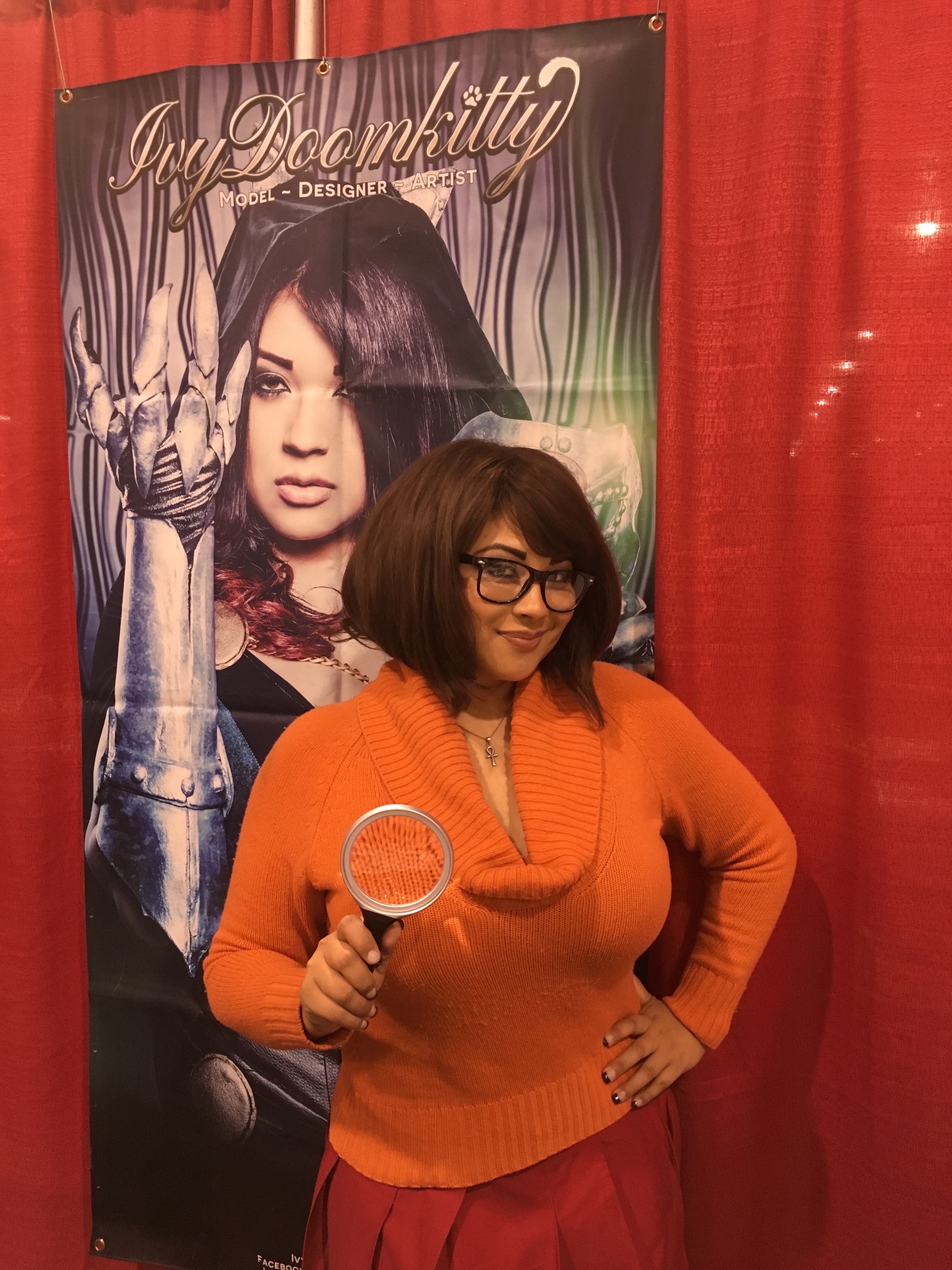 Panels are often a familiar draw at these conventions and Motor City Comic Con 2016 was no exception. They covered everything from cosplay, sketch duels between popular comic book artists, and major media guests. I was able to attend the Katrina Law panel (Nyssa al Ghul from CW’s Arrow), as well as the Burt Ward/Adam West one. Often the panels are a great way for fans to get a (sometimes) more intimate insight into the people who play the characters they love on TV or the motivations and inspirations of writers and artists. Such was the case with Katrina Law, who has the honor of being perhaps the most upbeat and genuinely friendly (as well as funny) celebrity that I have had the pleasure of meeting. It is not often that you see celebrities insist to their handlers and staff of the event that fans be given a few minutes of her time at a bare minimum (a phenomenon that I assure you is rare given the nature of these events and their swelling crowds). The Burt Ward/Adam West panel was indeed a special treat, with this year marking not only the 50th anniversary of TV’s Batman, but rumored to be the last year that the two stars will be attending conventions.  Adam West was a genuinely funny guy, with wise cracks coming at a rapid pace, often at the expense of his interminable partner Burt Ward. 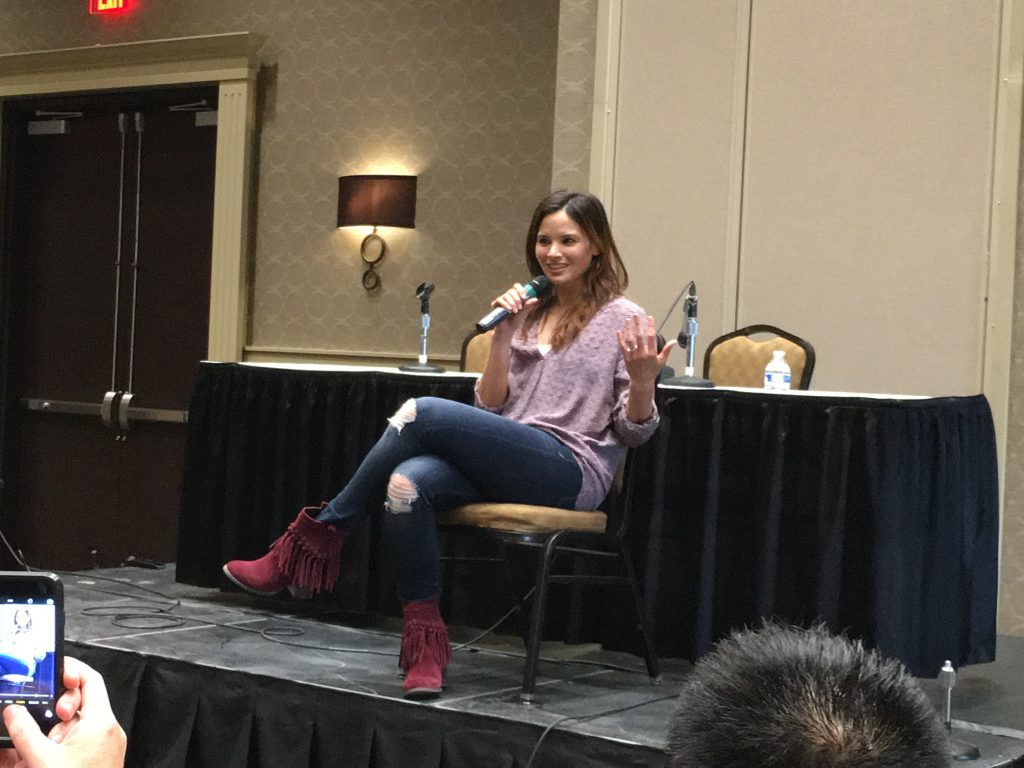 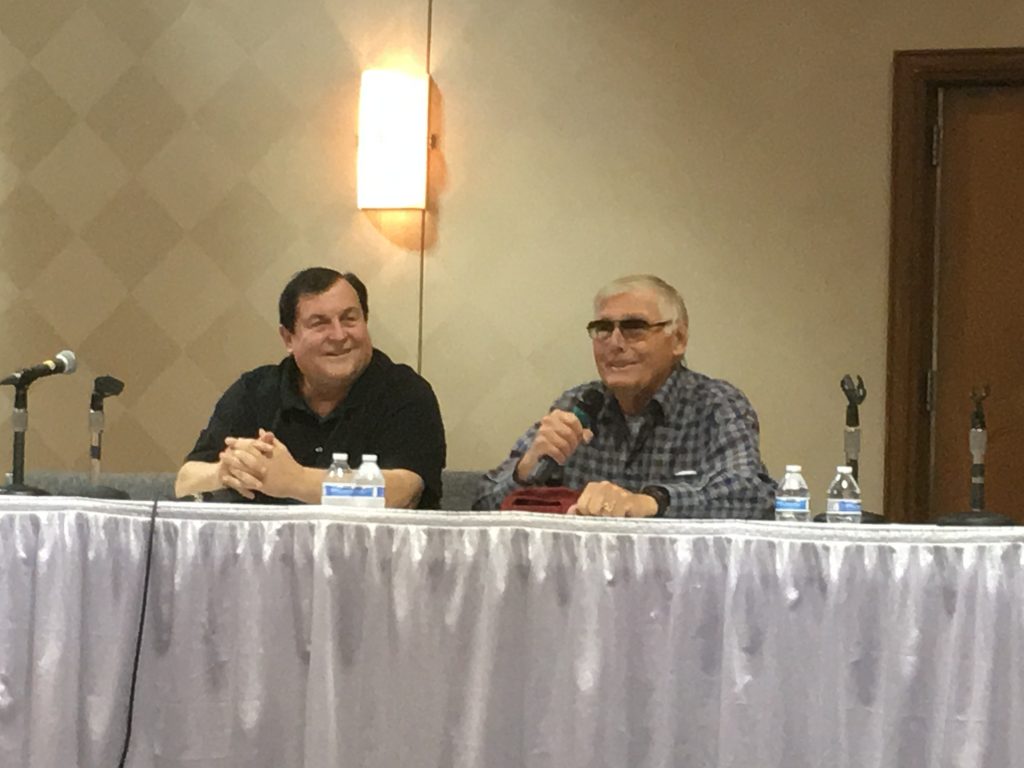 Lastly, one of the most enjoyable things about any convention is the fandom. Often parodied and maligned in the very pop culture that so many of us love, geek or nerd fandom is one of the joys of events like MCCC. This is most presently seen in the exploding cosplay scene, but also in the lines and halls where one can find a fellow fan of whatever geekdom you fancy. I was also able to attend the cosplay contest, and the variety (both in skill and content) of the costumes was alarming. For your viewing pleasure, I have added shots of some of my favorite costumes from the convention floor. 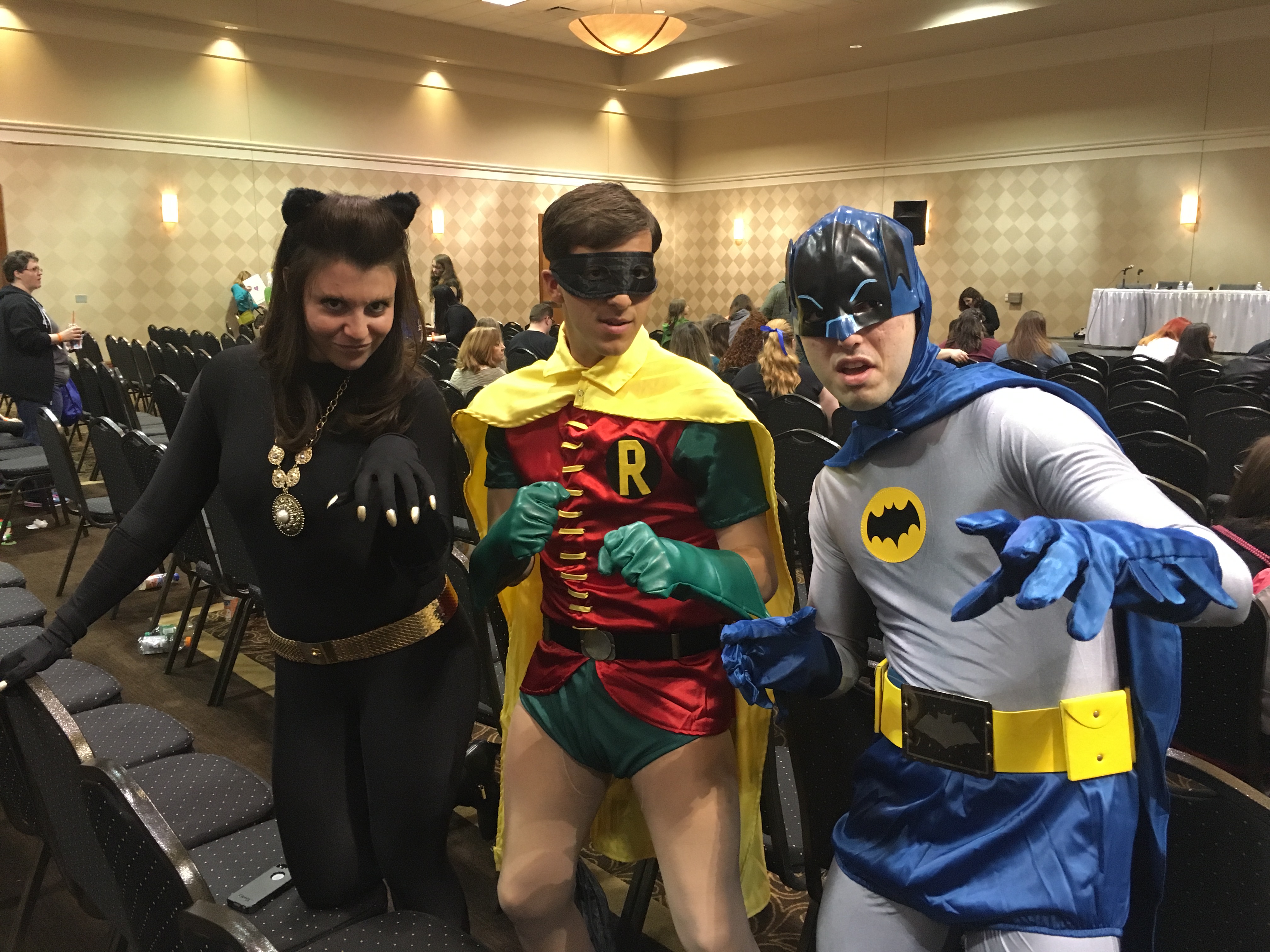 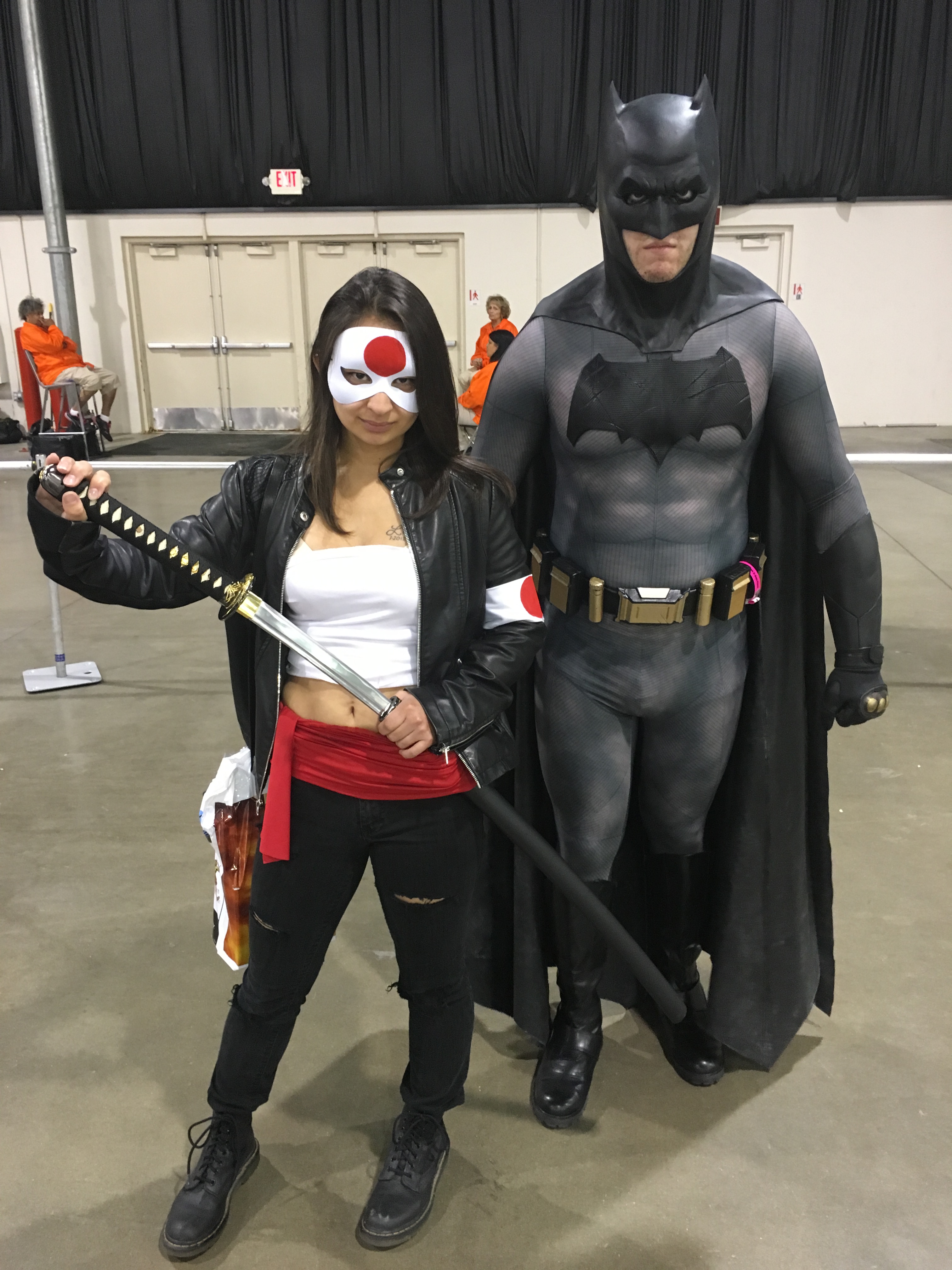 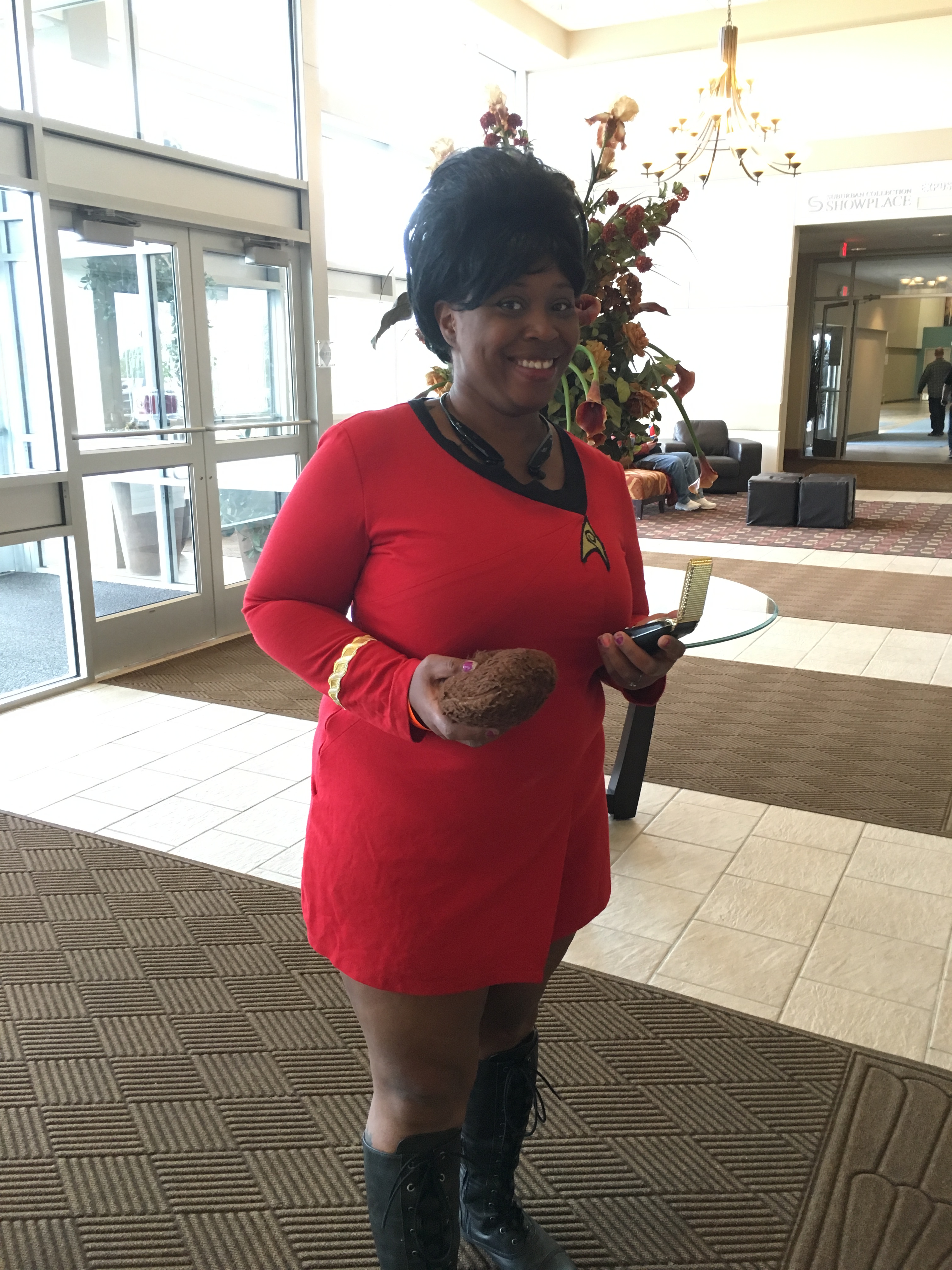 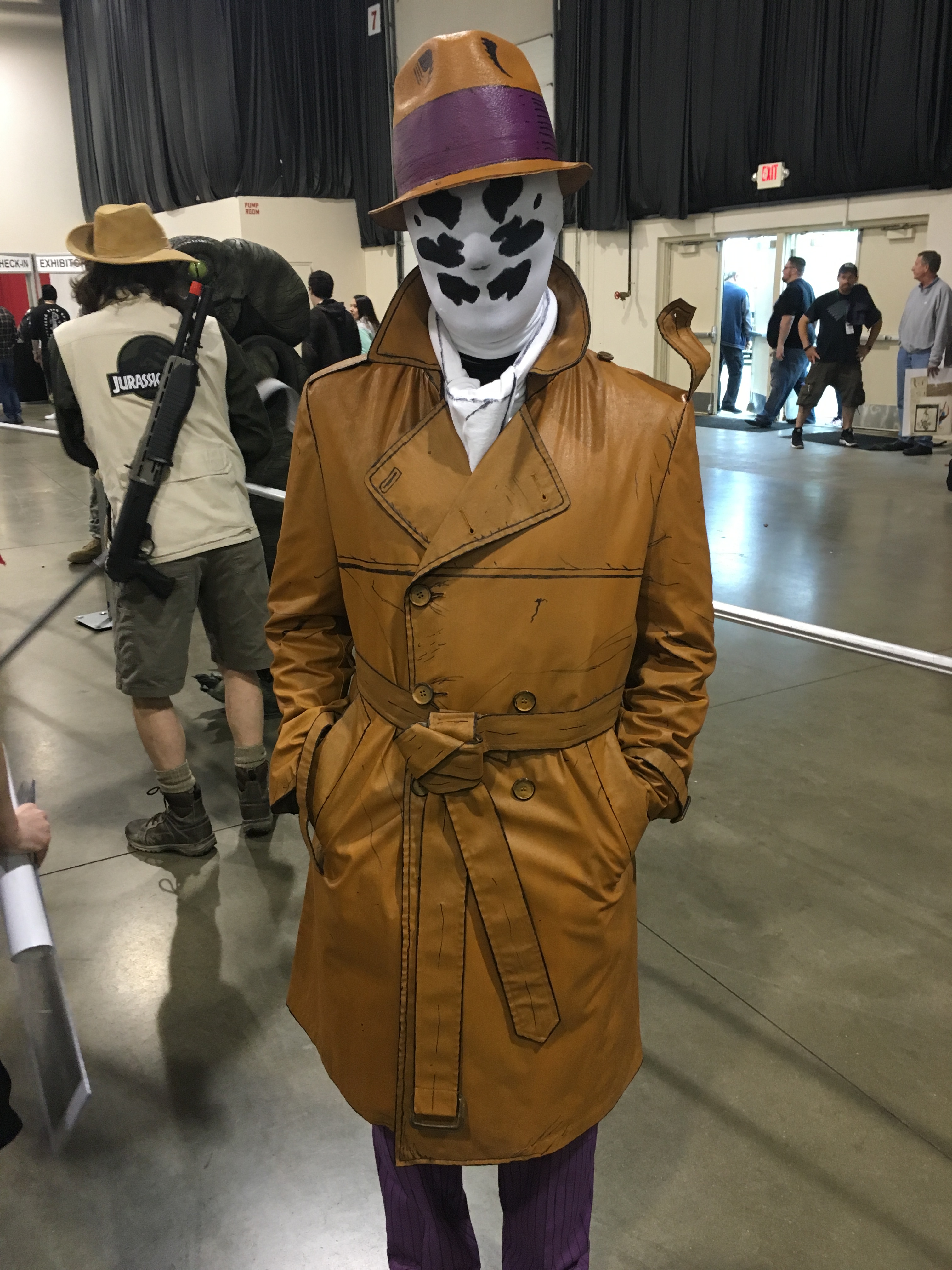 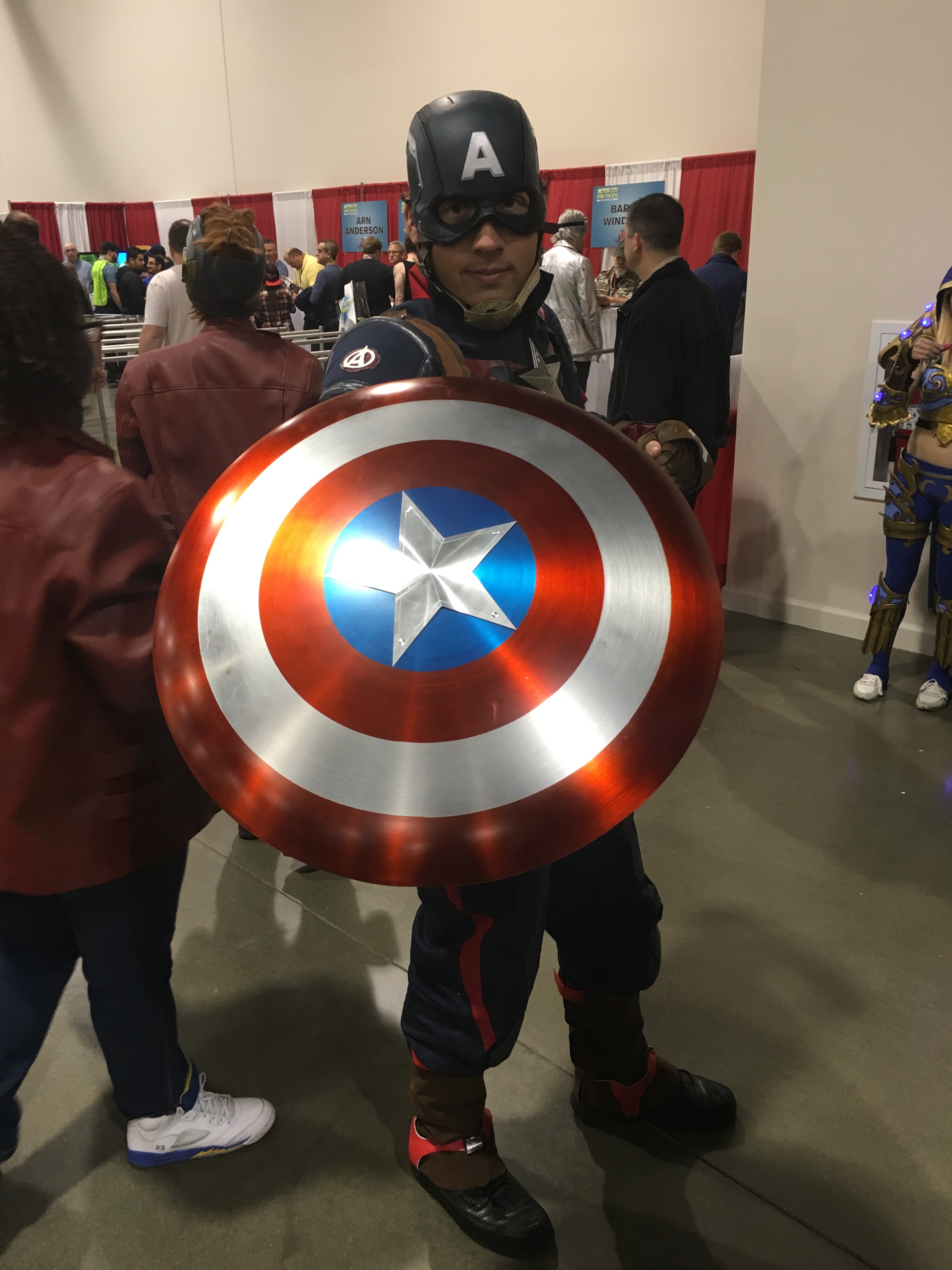 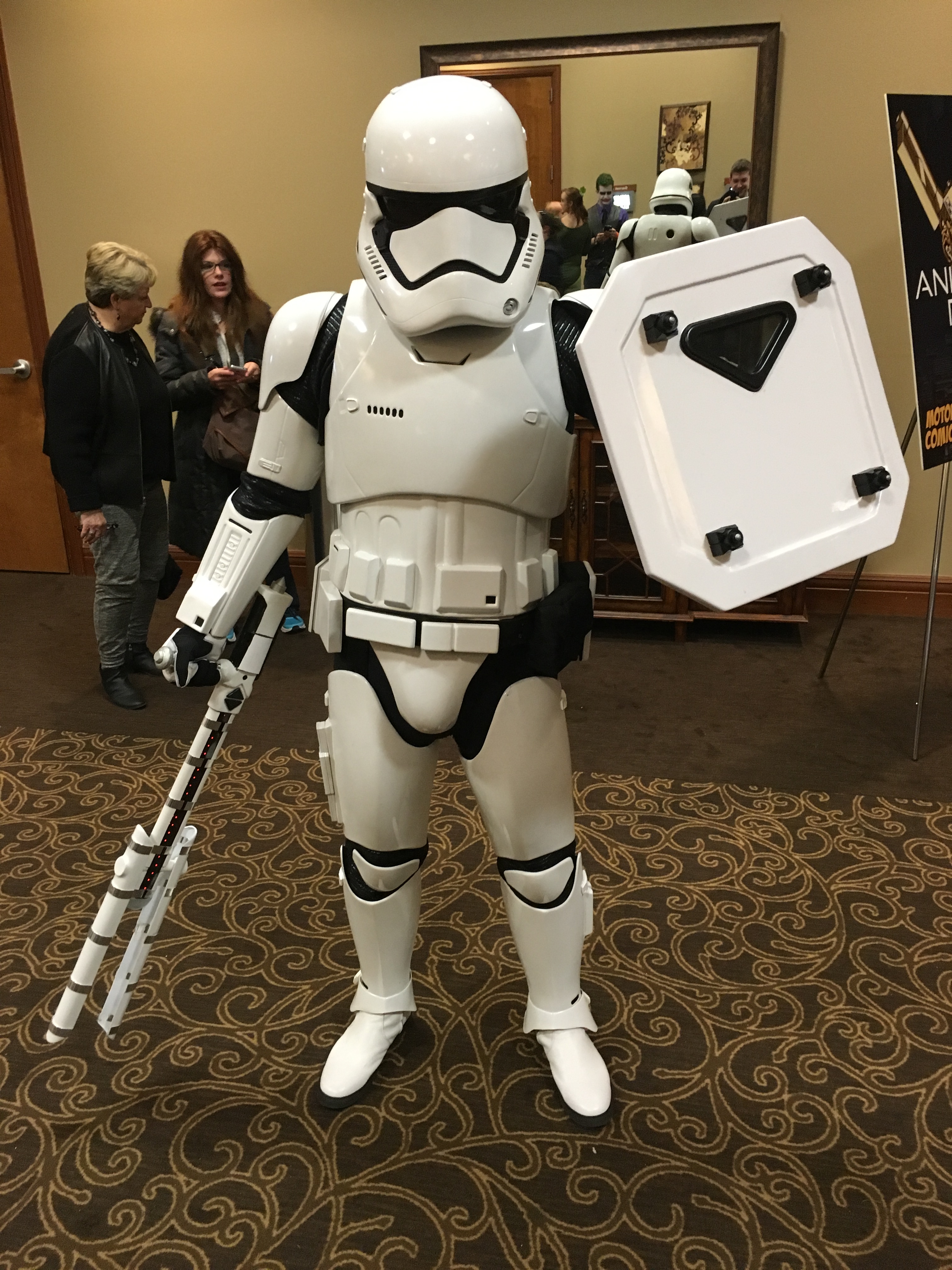 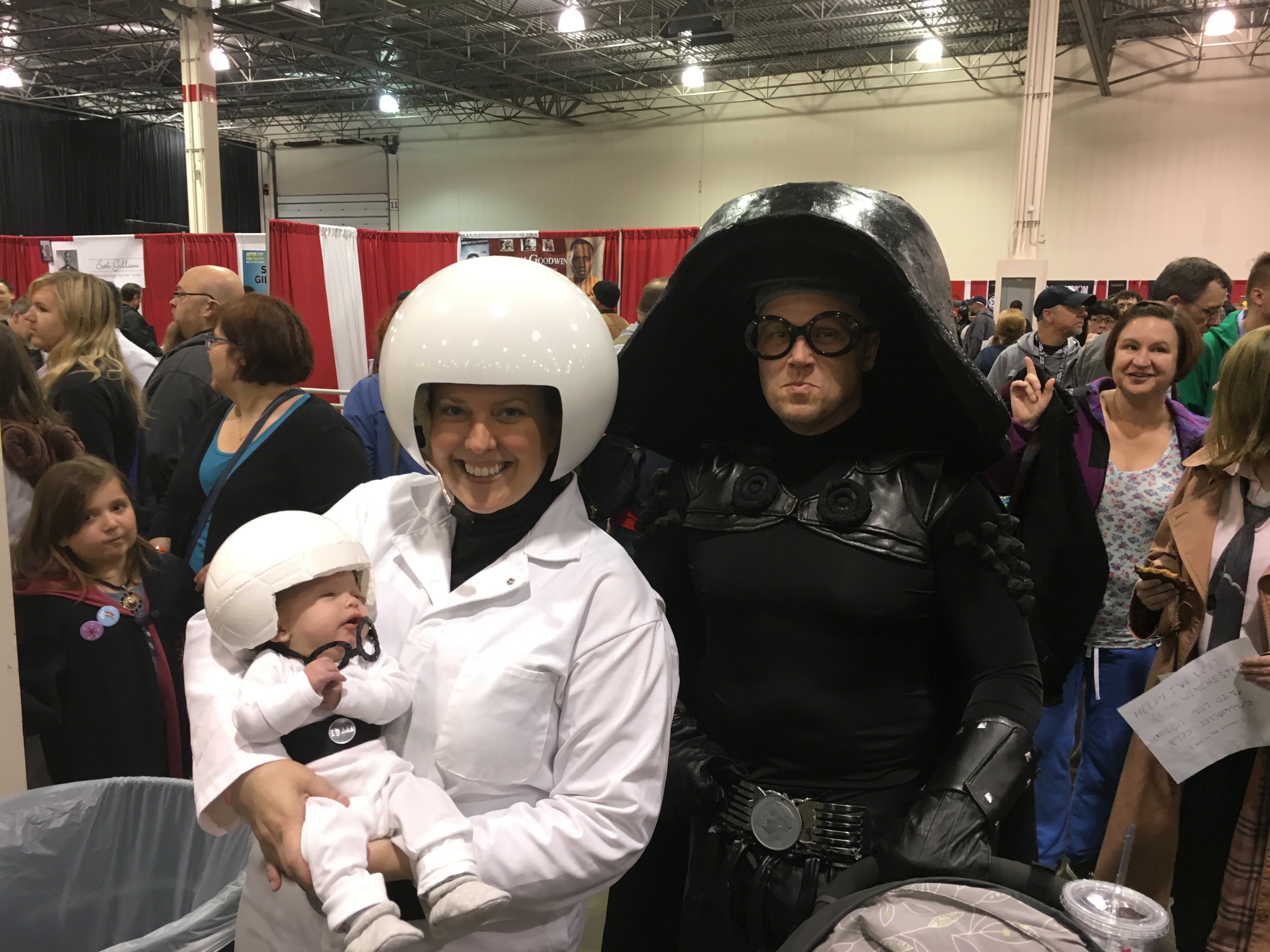 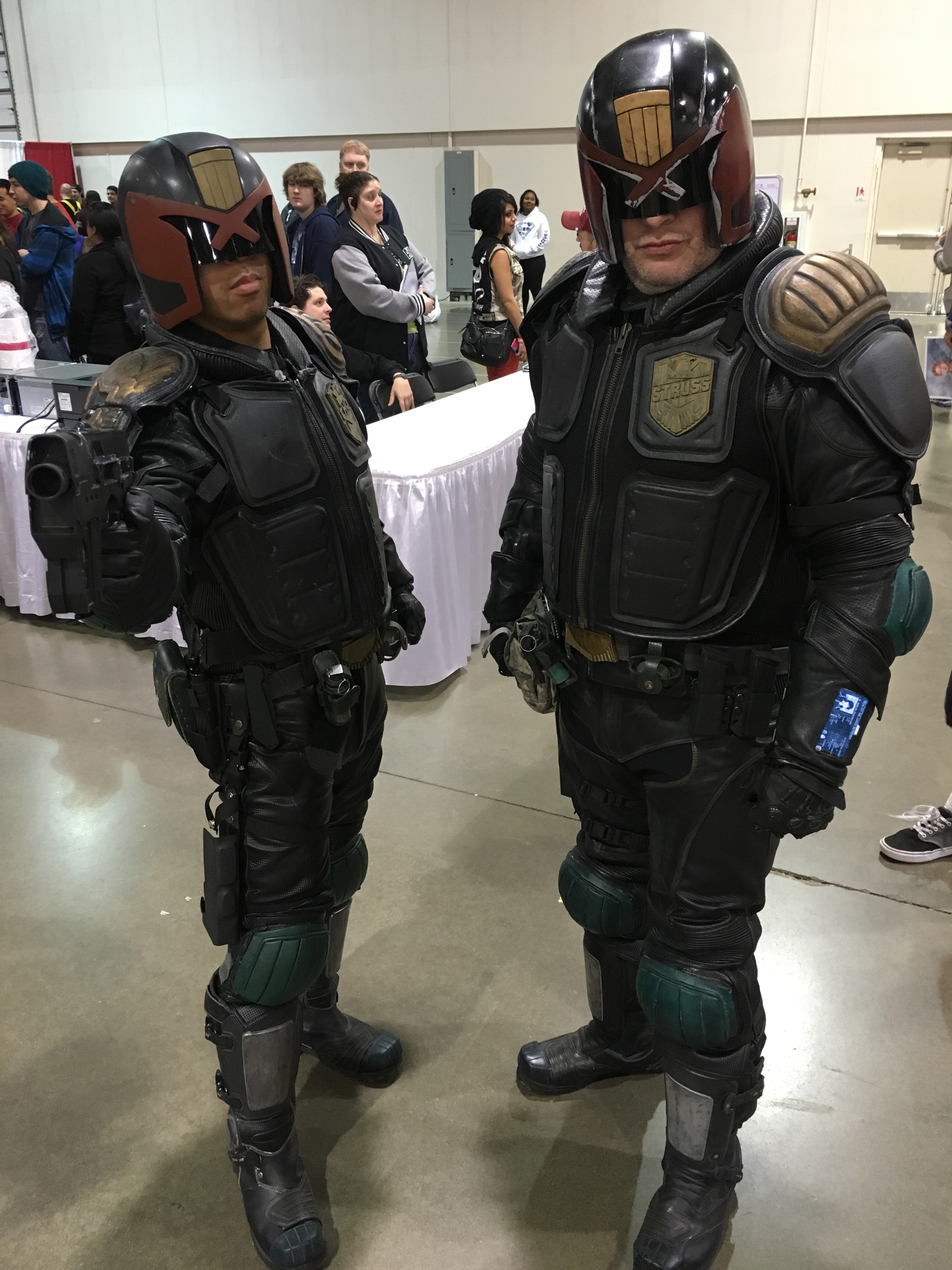 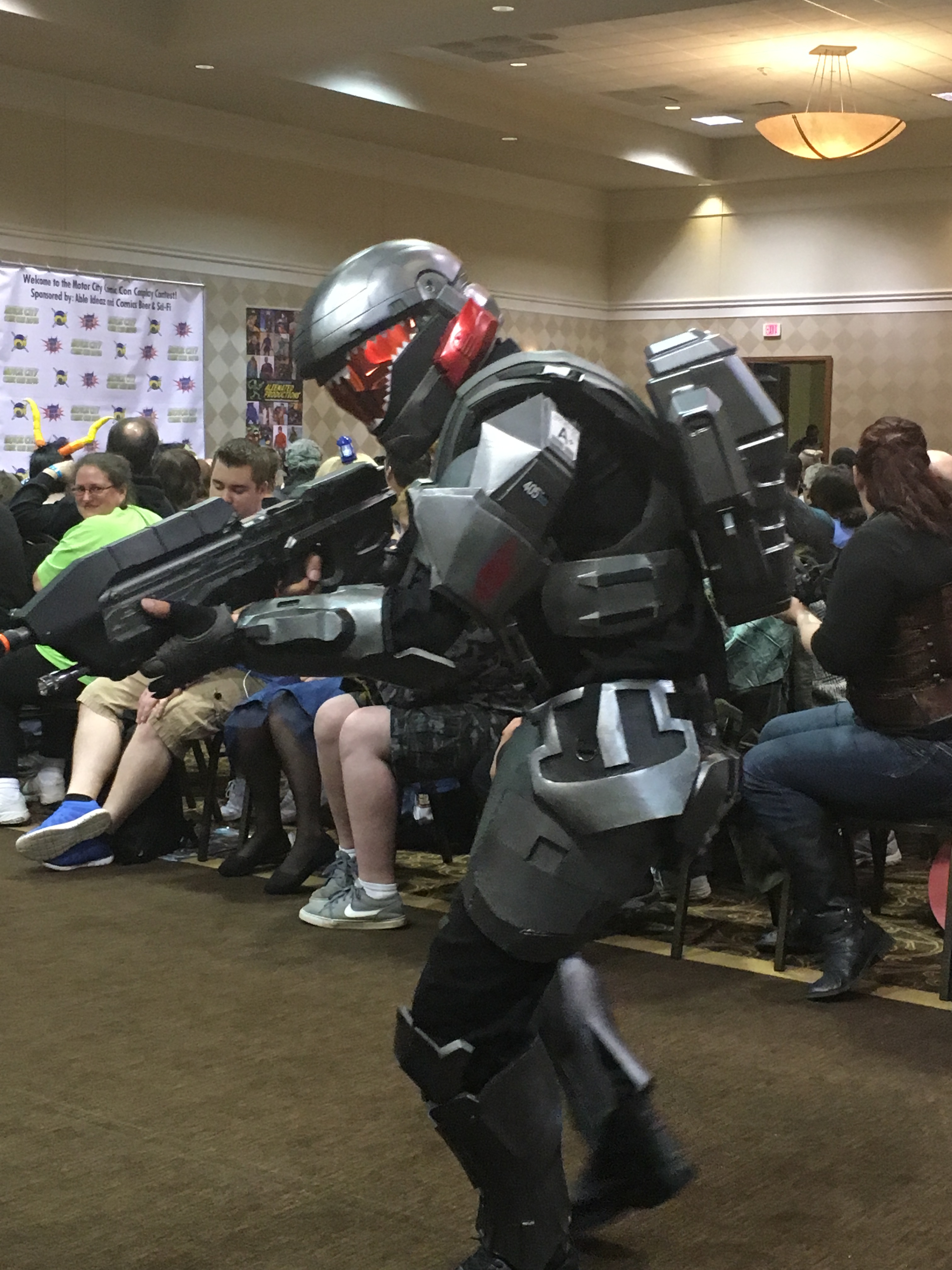 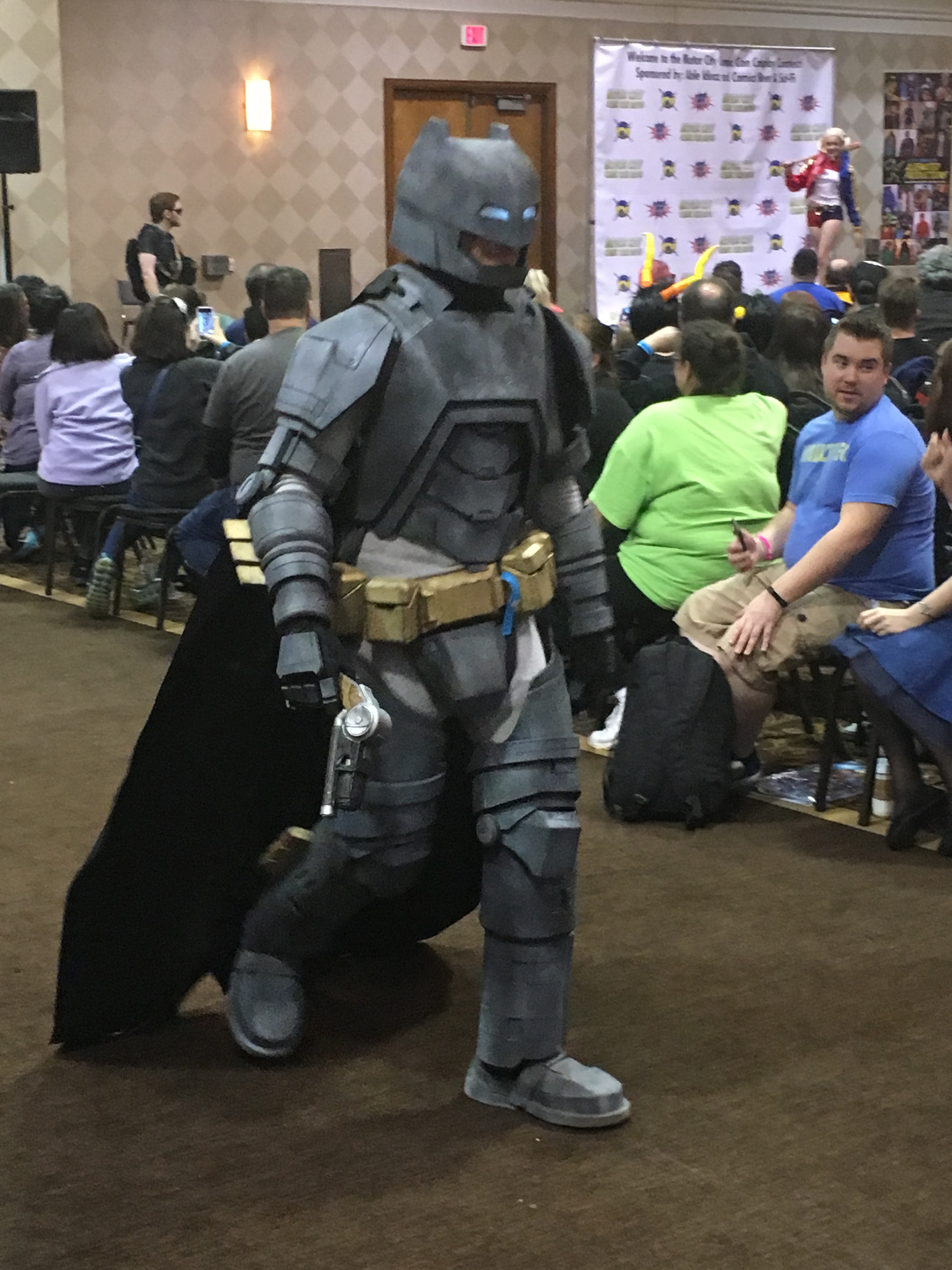 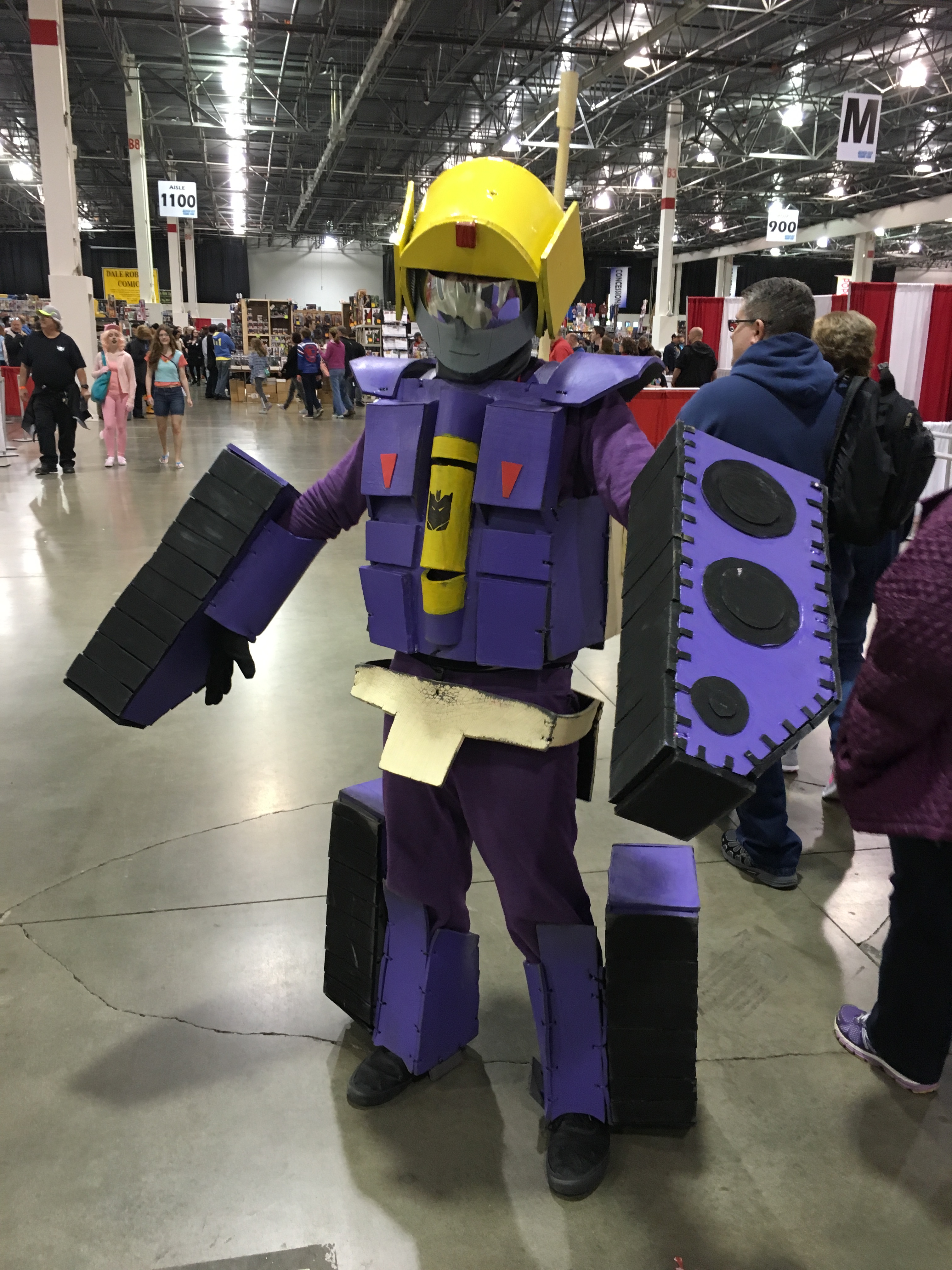 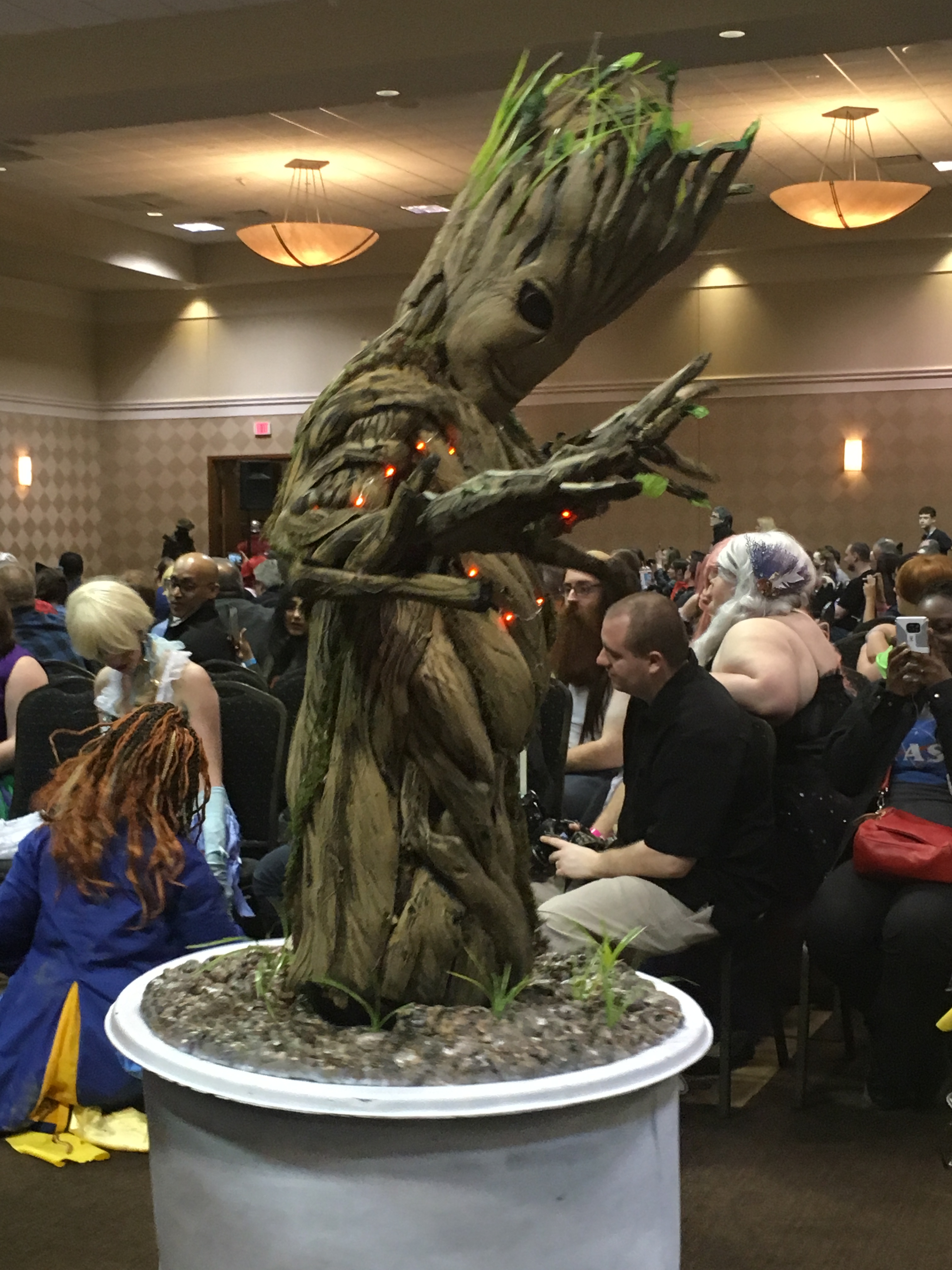 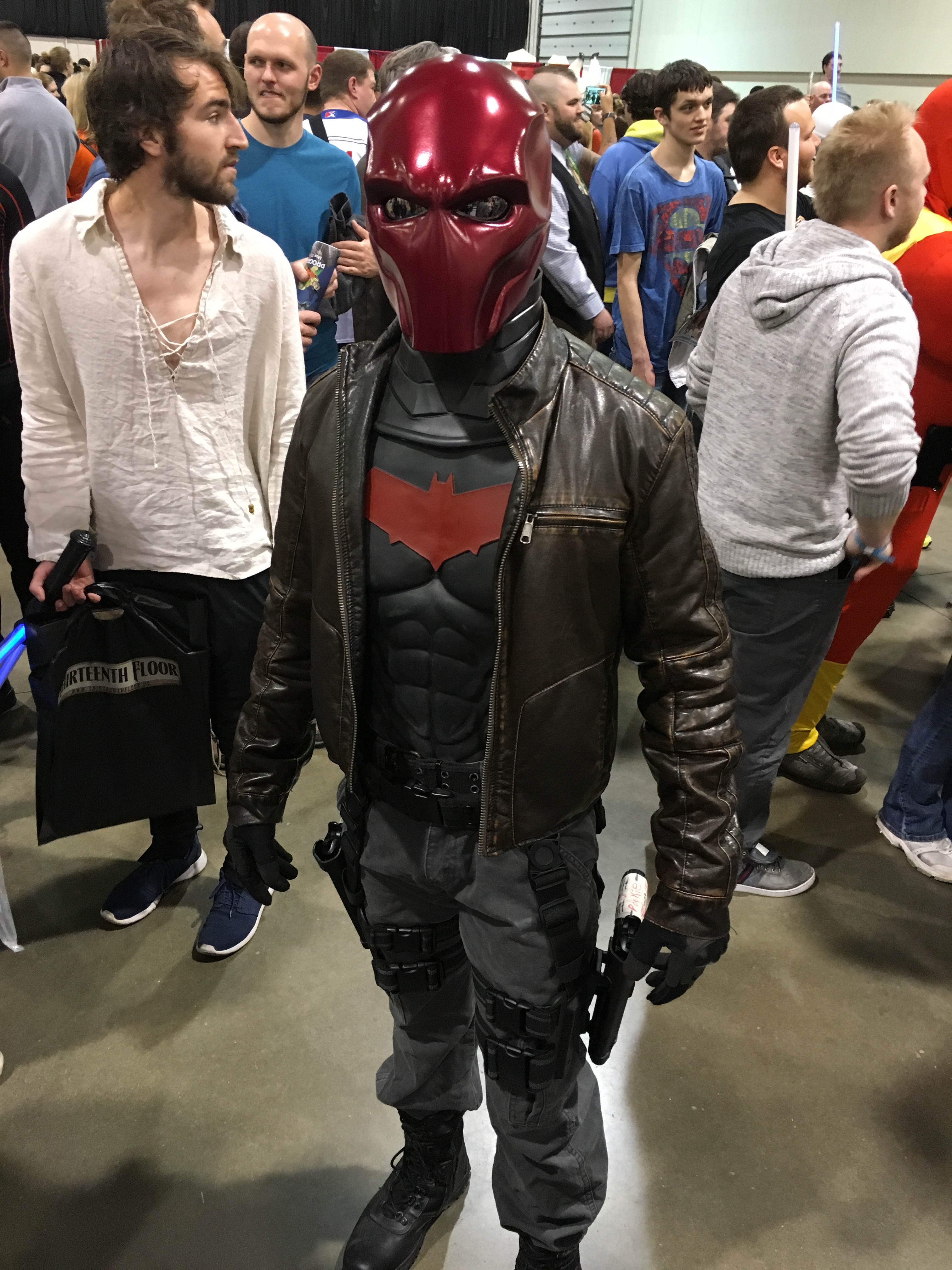 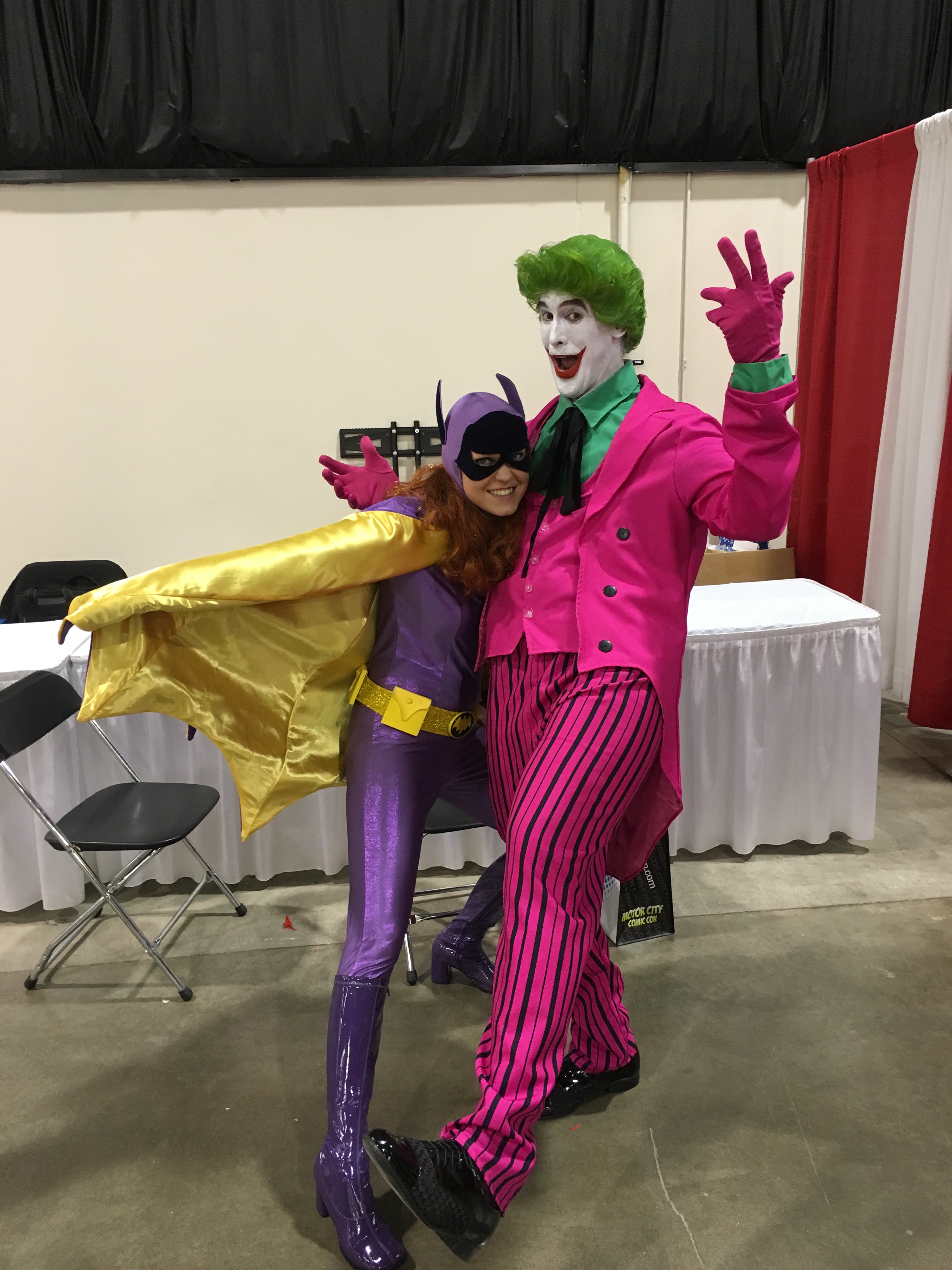 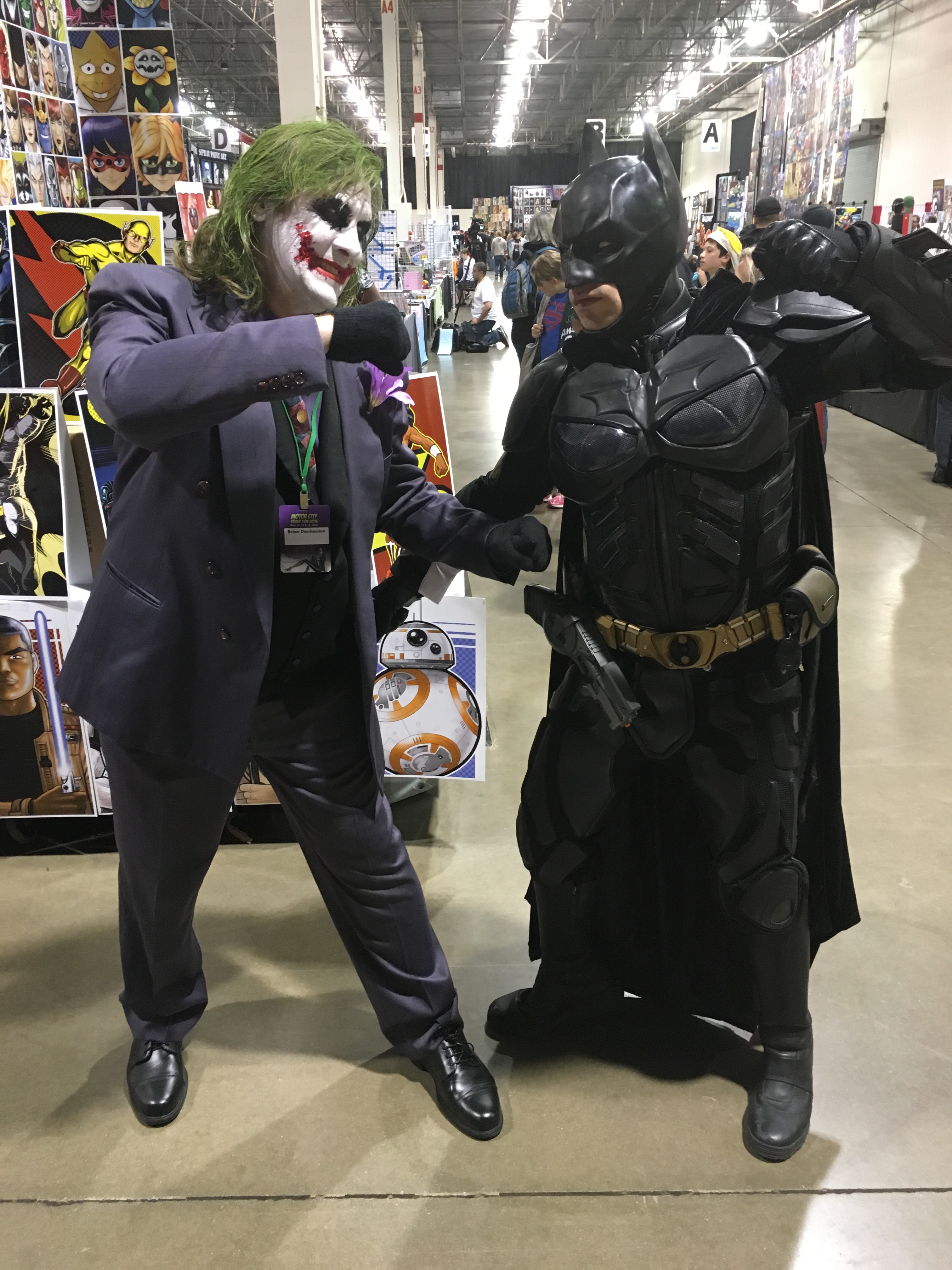 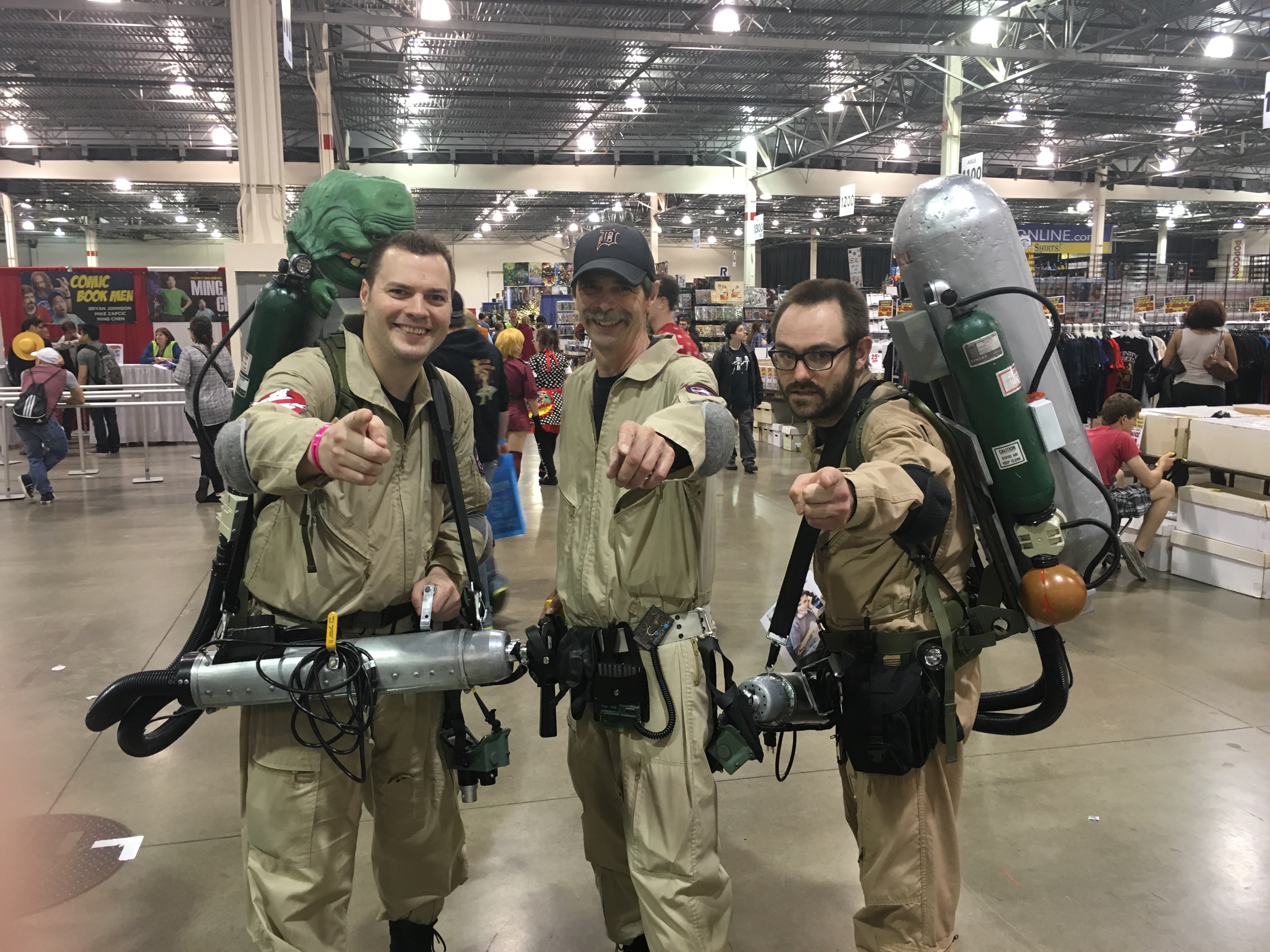 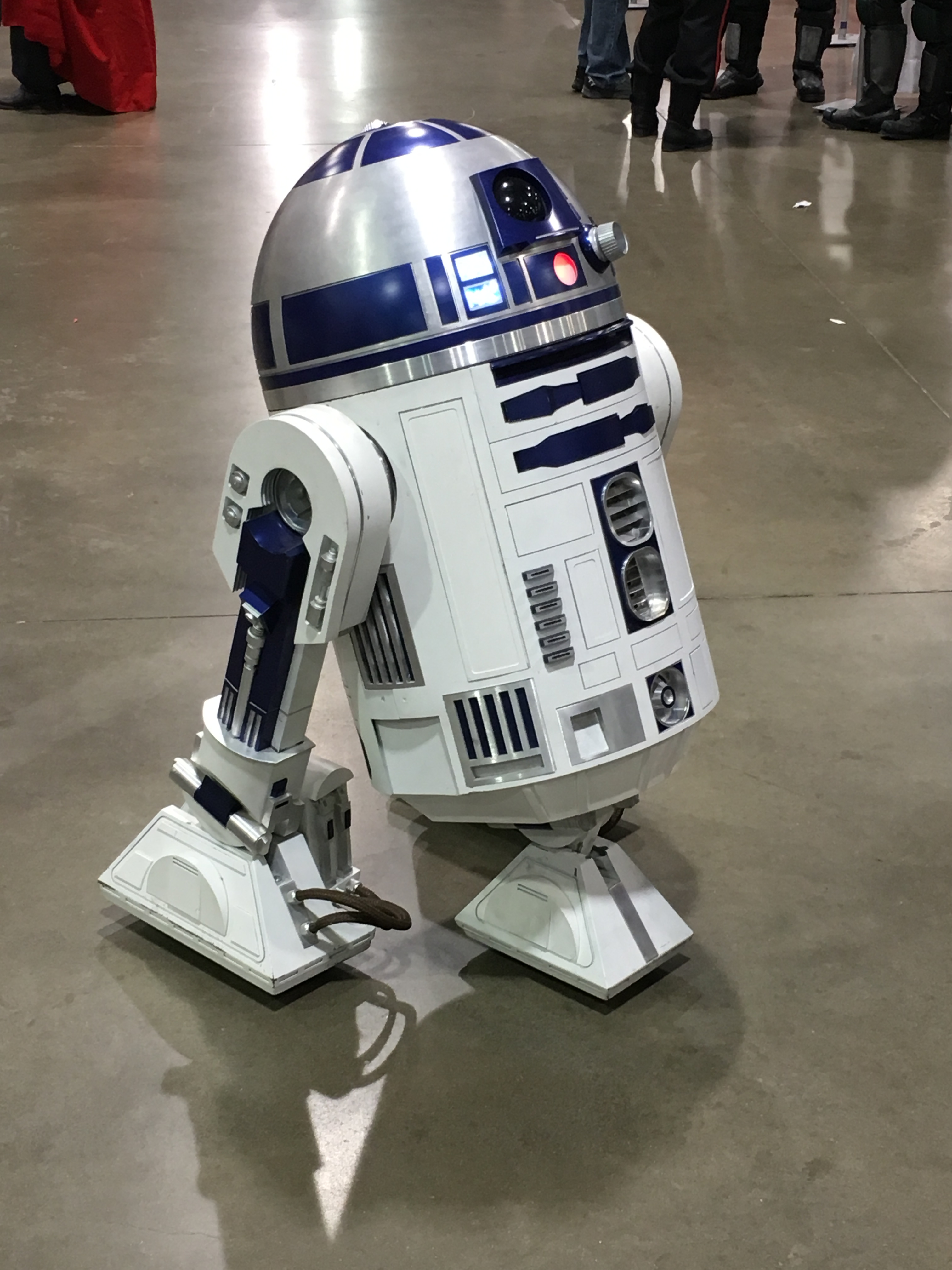 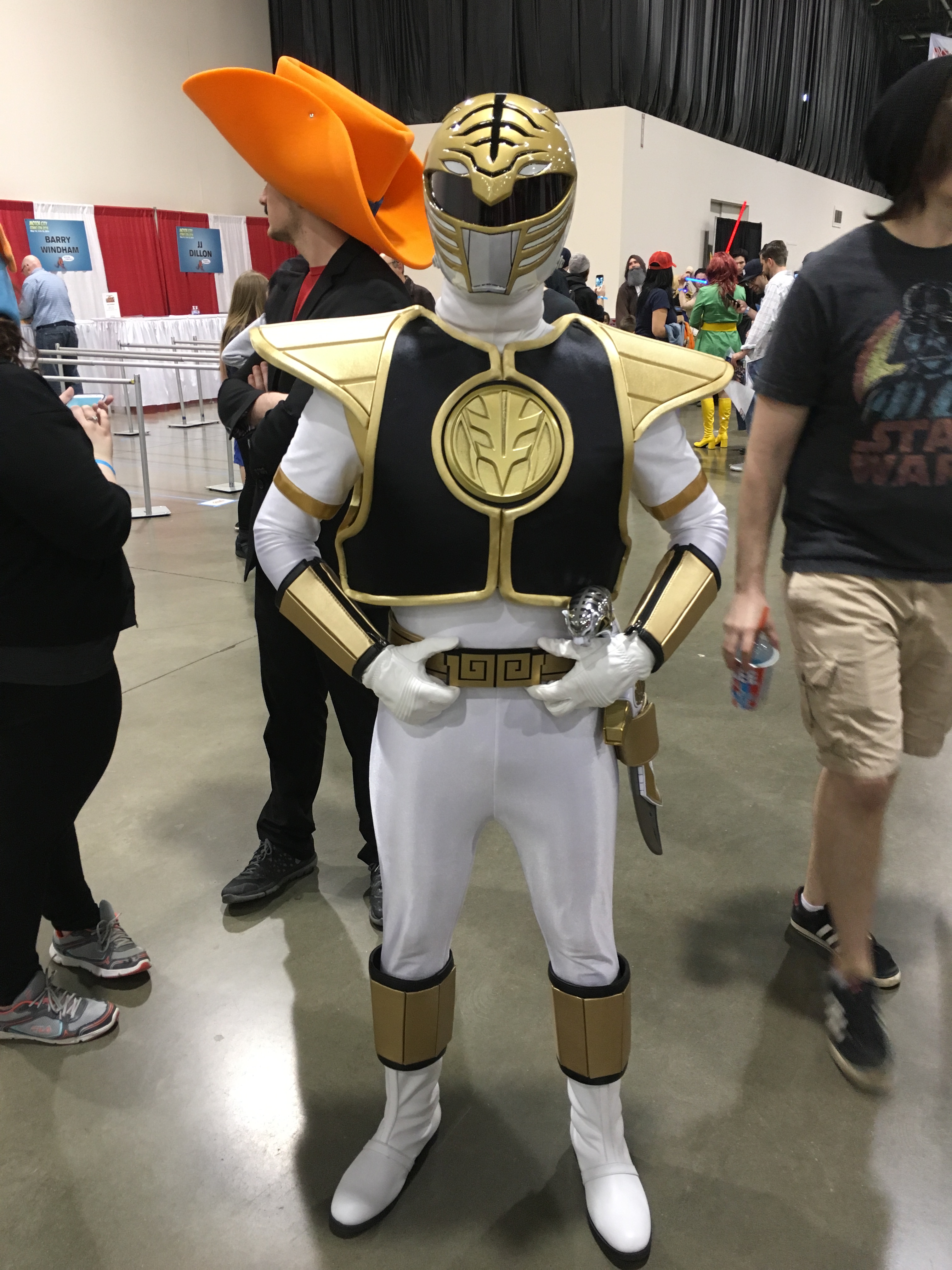 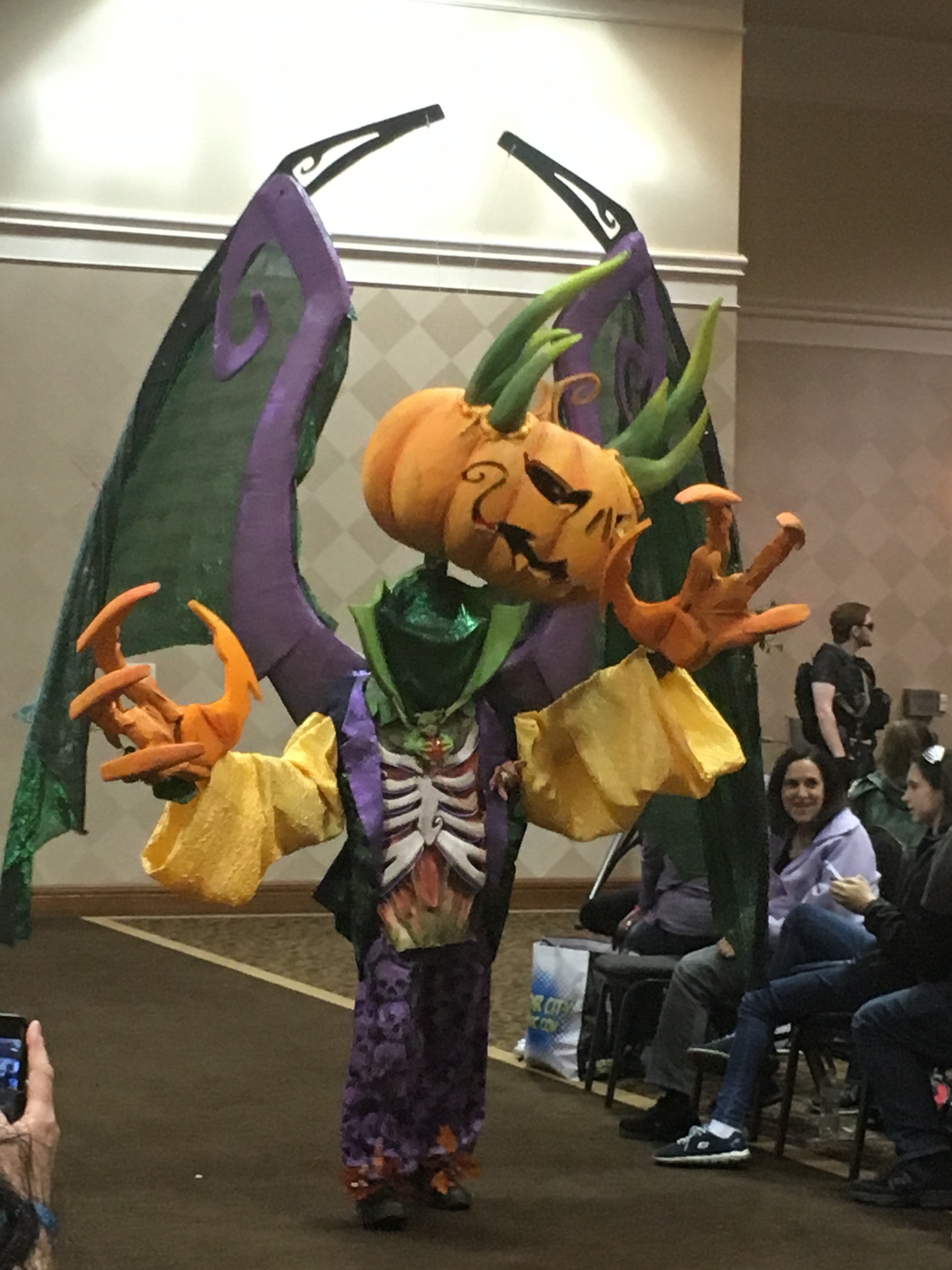