Titans Hunt #8 hit the stands this week. This series introduced the idea that a New 52 version of the original Teen Titans somehow existed, despite the “fact” that the modern Teen Titans appears to be the first group of that name. Actually, there was some waffling back and forth which I won’t get into, but the upshot was that the original lineup never existed as an incarnation of the Titans – but now it seems they did after all.

How is this possible? Is it something to do with Rebirth? Is the New 52 DCU starting to unravel and revert to the pre-Flashpoint DCU? Well, this issue gives us some explanation – but unfortunately leave some questions unanswered. It turns out they chosing to forget their time together as the Teen Titans somehow freed them from magical slavery to their first villain – Mr. Twister (from the Teen Titans origin story). 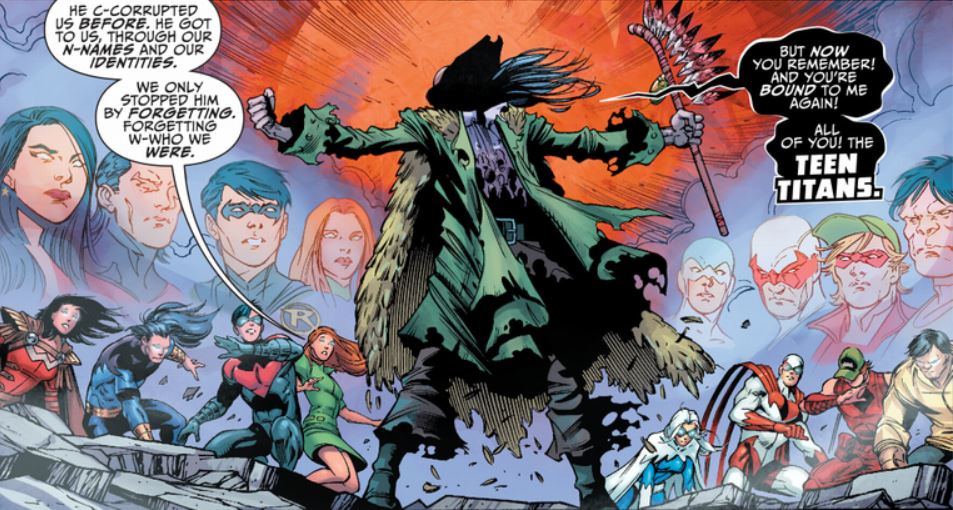 But wait – does that even make sense? We aren’t told how it is possible, given that this fits poorly with New 52 history. Donna Troy didn’t even exist yet when she was supposedly Wonder Girl, Arsenal never used the name Speedy, and Garth certainly didn’t have career as Aquaman’s sidekick Aqualad. These problems are not addressed, so maybe they relate to future Rebirth revelations.

However, it is clear that the original lineup is not exactly the pre-Flashpoint versions either. In the flashbacks, Dick Grayson is in his New 52 Robin outfit (no short pants), and no version of a Kid Flash is present. So, it appears that this fulfills what DC is touting as the theme of Rebirth. Not reverting to the old DCU, but reclaiming some of the best elements and infusing them into the New 52. 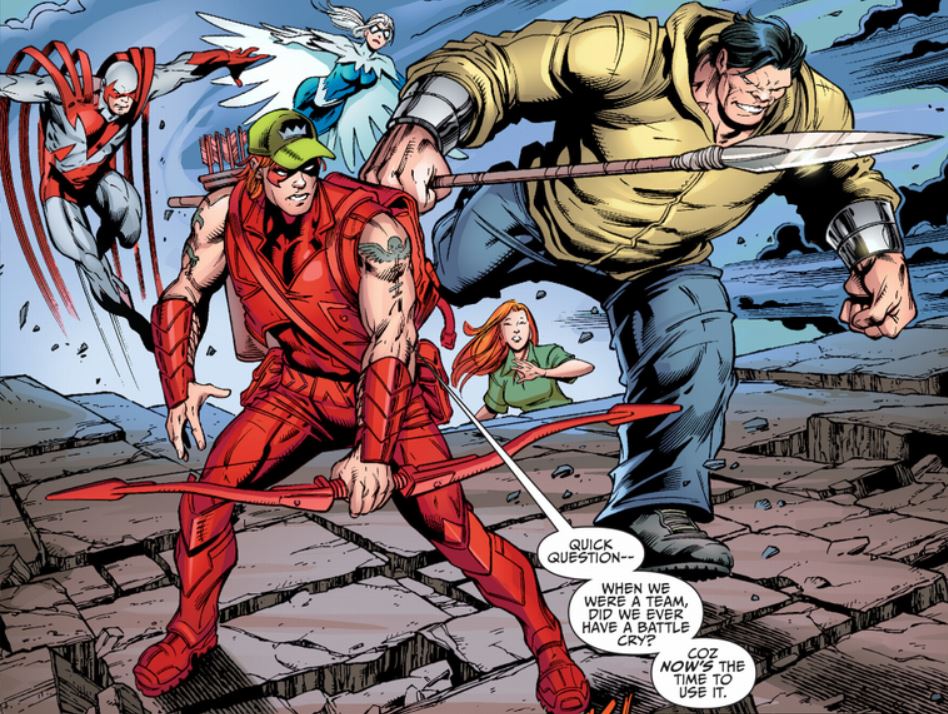 This book winds up the current storyline neatly, although with some unanswered mysteries. This isn’t a bad thing, as long as they do get addressed – presumably in the new Titans title, or more generally in the overarching Rebirth story.

I am also enjoying the retro feel to the book. Even the book’s logo evokes the original Teen Titans logo. Between that, the reunion of the original lineup, and the current news about DC’s new logo, it reminds me of the Teen Titans books I read as a kid.

I would have enjoyed a longer look at the older version of this lineup – which we have only seen in brief flashbacks. But I understand that this issue is focused on bringing the current crisis to a resolution, so that will have to wait until some other time. Perhaps DC might give us another mini featuring the Teen Titans of that era.

Overall, this was a satisfying resolution of the mini-series and a promising look ahead to the upcoming Titans title. If this is an indication of what we can expect from the Rebirth era, then it looks like DC is headed in the right direction.

Get Across these 10 Things before Rebirth