Simon Baz, Green Lantern of sector 2814, is getting his windpipe crushed by Atrocitus, leader of the Red Lanterns. Jessica Cruz, Green Lantern of sector 2814, is having an emotional crisis. She needs to figure it out or her partner will be crushed. Her sister will die, having been infected with Rage, and Earth will witness Red Dawn (not the movie with Charlie Sheen or the remake with Josh Peck) and the rise of the Hell Tower. No pressure Jess, but um…You know. Get it together. 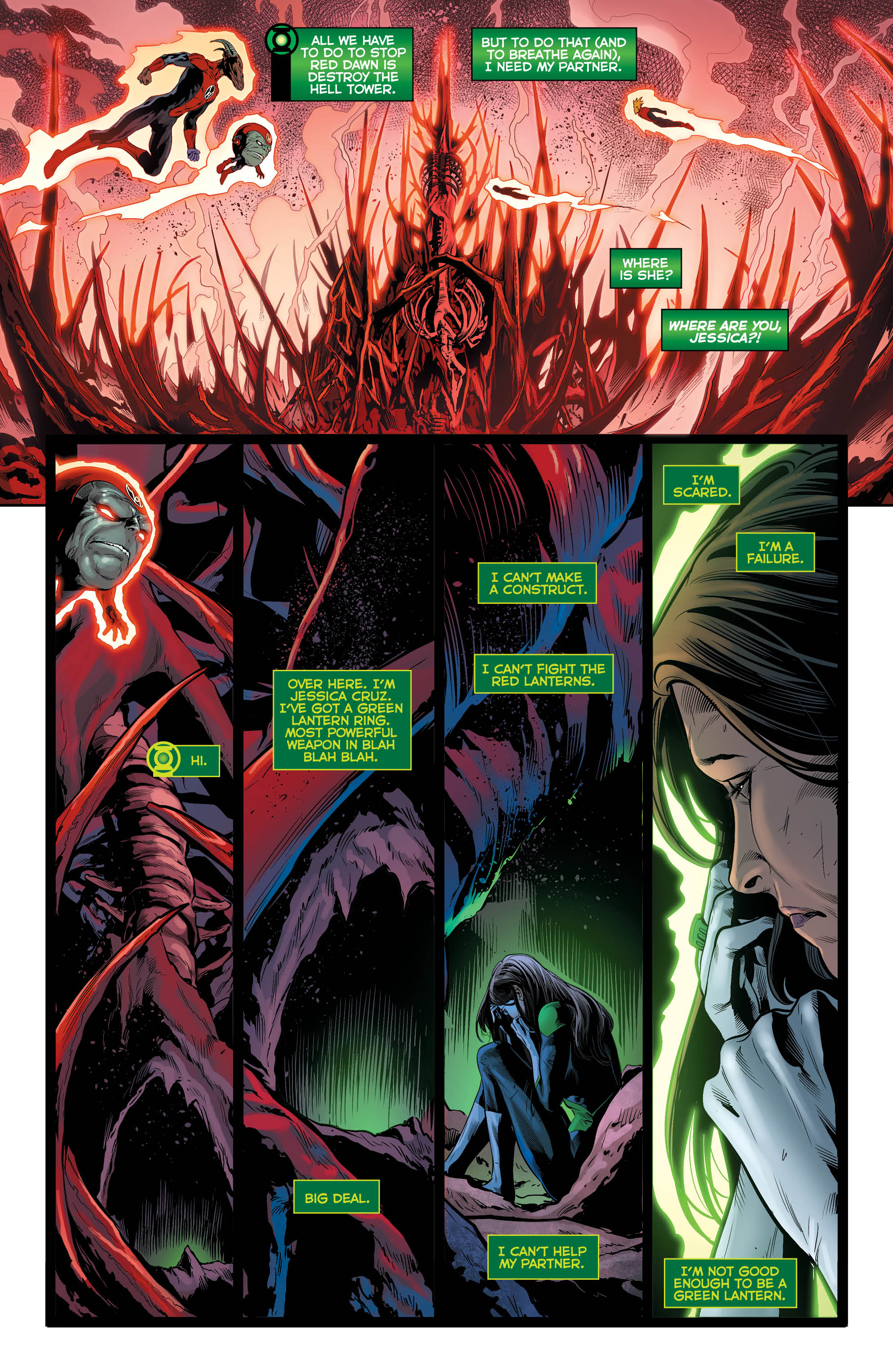 The art team keeps changing on this book. This team has really captured the Jessica Cruz I have in my mind. She is not a grizzled, hardened, cold Green Lantern of old (like her partner). She has has a glow within her. She is also unsure of herself. She is the Green Lantern most of us would be if we suddenly found ourselves in this situation. We would be scared. We would be unsteady. Our emotions would show on our faces. Conrad and Herbert really show this. There is a softness to Jessica and it shows in this issue. It is really her issue and that is a good thing. 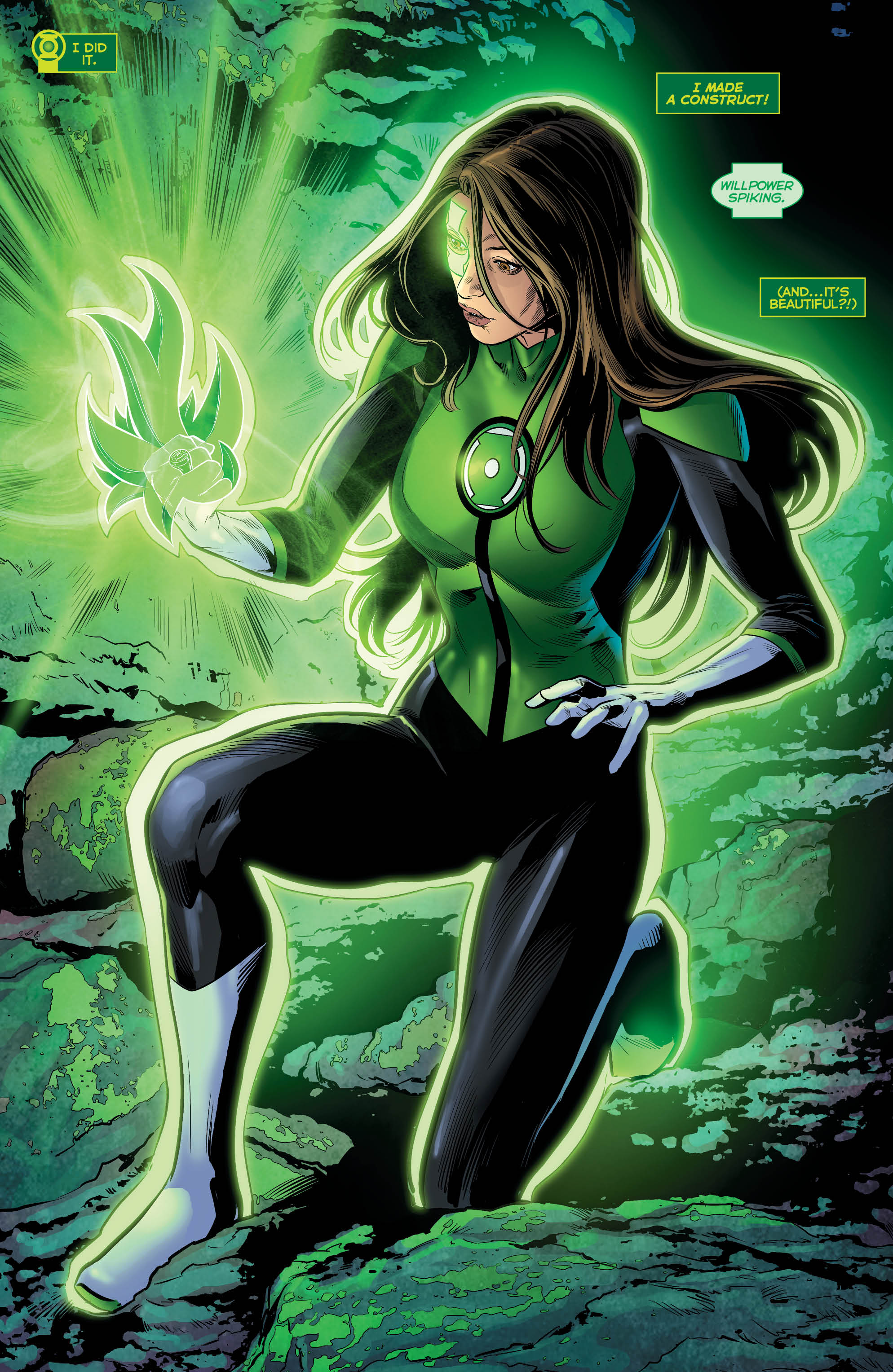 There are some jokes in this issue. Simon has been stressed out so far. Honestly, he is still stressed out, but he is finding his voice. In order for this team comic to work, we have to like them both. So far, Simon has been unlikable. It is not his fault. Humphries is just being honest, but there needs to be a break. We finally get it. Early on, Simon was shown caring about his family. They get to come back in this issue and that is important. The action is still hot and heavy in this issue, but the characters are finally developing. 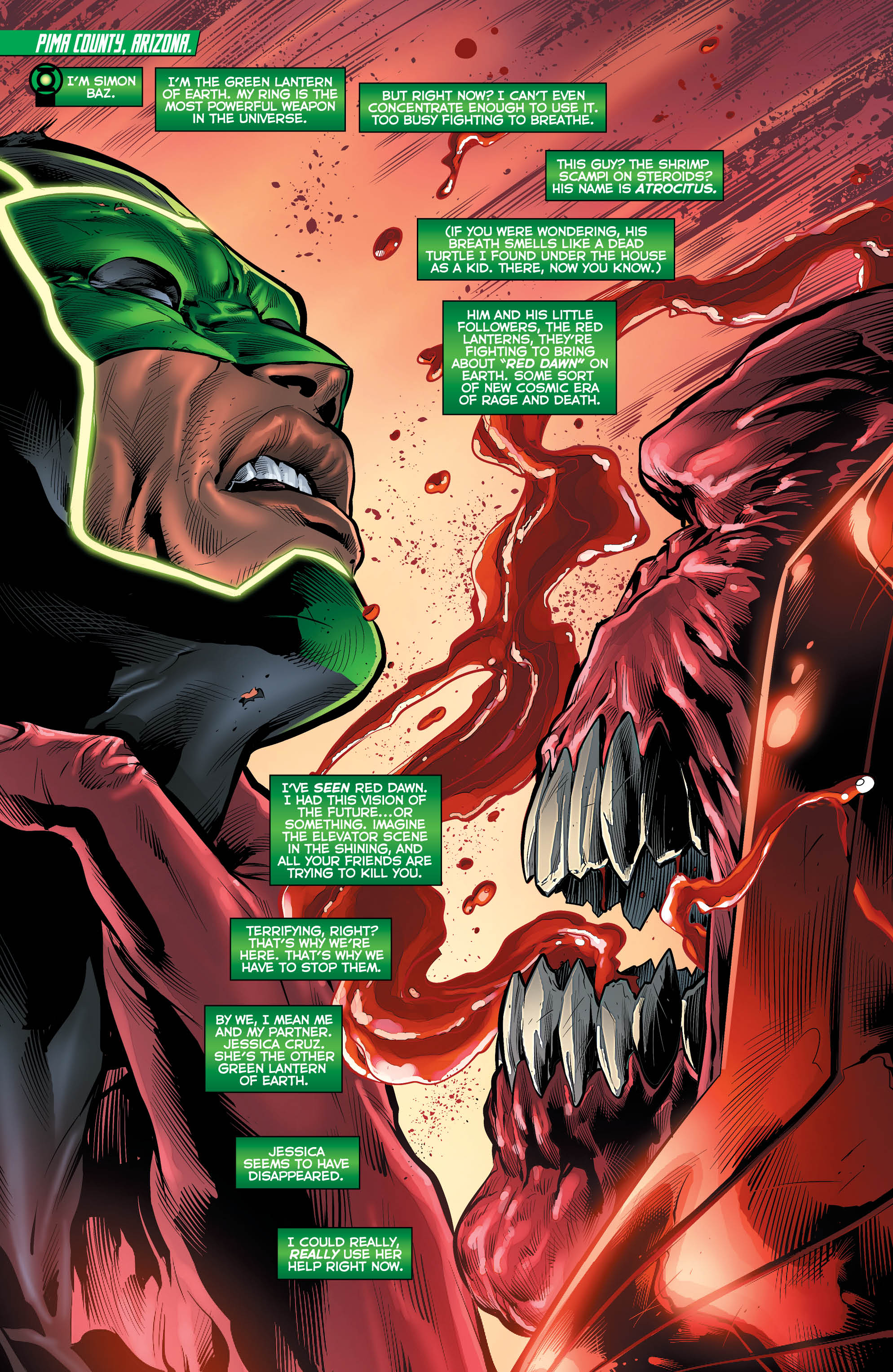 There are two back stories from an earlier issues that get brought back around here. The new trend in Rebirth is to keep the stories going and leave us wanting more. While Jessica and Simon feel good about their accomplishments (and they should), troubles are brewing. There will be no time for a day job for either of them at this pace.

The Red Lanterns do not seem to be vanquished. Granted, they are the most logical villains for the wielders of the most powerful weapons in the universe, they, in general, are tiresome and a bit two-dimensional. Evil. Smash. Rage. Evil. Smash. Rage. We get it. There is a nugget of dissent in their ranks and that is interesting. If that becomes the focus, that will be better.

The reason that John Stewart is my favorite Green Lantern of all time is that he was complex as a person. Being a Green Lantern was not his only existence. Mosaic was such great title from back in the day. This book seems to be crafted in that same format. There is enough action to keep the pace fast, but the story matters.  If things keep going on this trajectory, there is a chance that Jessica Cruz will soar past John as my favorite with Simon Baz as a close second.

Review: Red Hood and the Outlaws #2