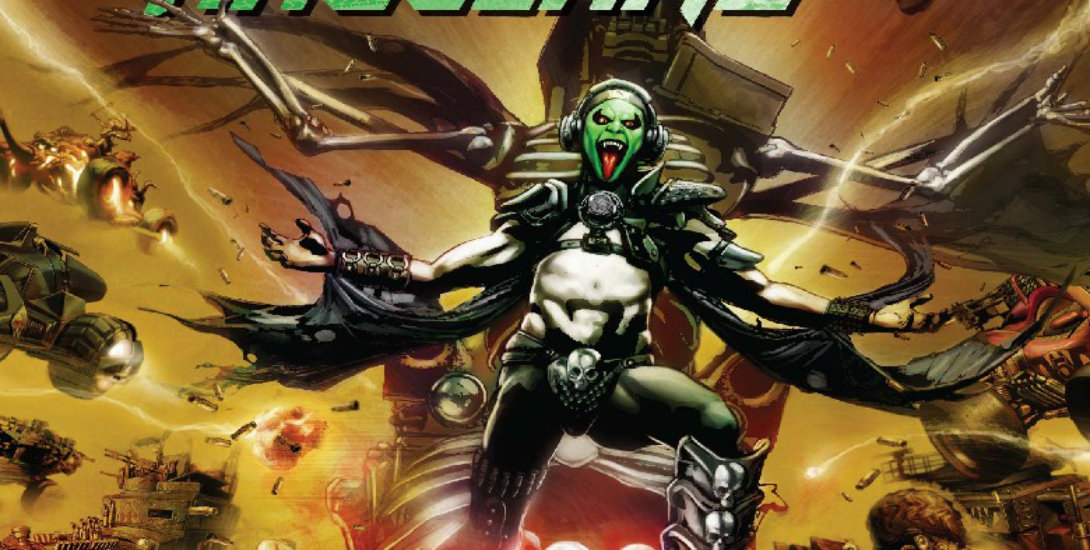 Summary
The final chapter of Hanna-Barbera’s Wacky Raceland has arrived. The racers find themselves at Professor Pat Pending’s Butcher Shop. While there, they discover that not only has the Professor created the announcer, he created them and ultimately, the entire apocalypse. They are pretty pissed. Violence and bloodshed are promised. Oh, yeah, there is a giant brain in a vat and a super Wacky Racebot. So there is that. And, they fight. The brain and the Racebot. For real.

Positives
I am not sure if you were paying attention or not but there is a Wacky Racebot and it fights a brain in vat; who, spoiler alert, is the Announcer. What?! I know right. Also, the Wacky Racebot is not some newly arrived monstrosity. It is a Voltron-like super robot made up of the Wacky Racecars. It is kind of amazing. Also, the announcer is a giant brain in an even bigger…tank? Snowglobe? Seriously.

Also, the brain in the tank who is the Announcer, is also the Professor’s wife. Mr. Pontac, I want to shake your hand. You sir, are a genius. The fact that you threw a Scooby-Doo joke into your final issue of this book is inspired.

Also, get in line for the hand shake Leonardo Manco. Your apocalypse can beat up everyone else’s apocalypse. Your heroes look like this:

It is just beautiful. I am not even sure what to say besides thank you.

Negatives
This book is over. That totally sucks.

Verdict
Normally, the verdict section of the review is the shortest. Not this time folks. This is the time for me to heap praise on this creative team. This book was so spot on perfect. There was satire. There was humor. There was angst. There was violence and blood. There were even a few touching moments. I can not express my sadness to see it end. Sure, there was a solid resolution to this tale but we were screwed out of how many races? It must have been countless. The joy of Wacky Races was that it could, in theory, go on forever. This comic had that potential. It was not for everyone, but that was the point. Nothing is for everyone, but this book, in the hands of this team, knew exactly what it was and in the hands of the right audience, it performed just like we wanted it to. There is a reason Roger Corman movies always make money. He preaches to the choir.

It is my prediction that in a year or two, someone will find the collected works on a shelf somewhere and pick it up and realize that, like Firefly, this was ahead of its time. It was so bizarre and different that no one gave it the chance it deserved. Hopefully, like Firefly, this will make a comeback.

There is an opening on the final panel that leaves a dusty, nanobot, blood caked foot in the door. We can only hope.