Summary
The story picks up with the arch-demon Neron trying to get Apollo to surrender to him and admit that his soul belongs in Hell. Instead, Apollo releases a tremendous explosion that rocks Neron’s castle.

Meanwhile, Midnighter faces the demon Mawzir. Unfortunately, Mawzir has just destroyed the only weapon that can defeat him – the Ace of Winchesters.

However, Midnighter has one hope left. He has one bullet from the Ace. 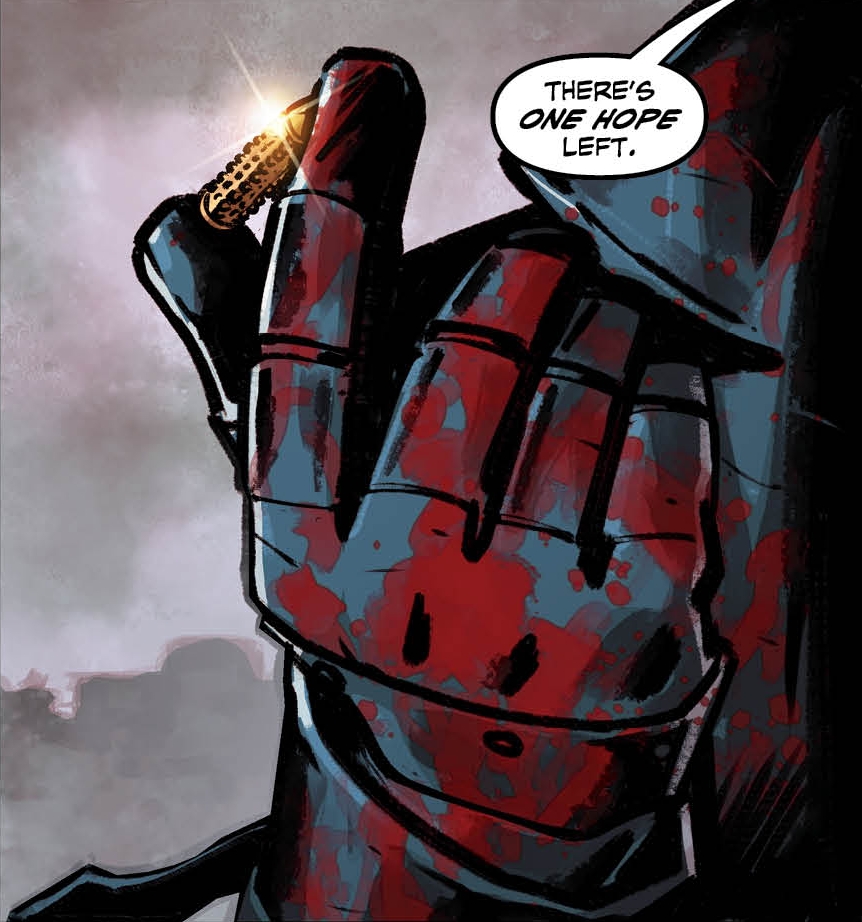 Neron tells Apollo that he could easily take his soul, but what Neron really desires is for Apollo to surrender it willingly.

As Midnighter and Mawzir fight, Midnighter throws the bullet, however, Mawzir catches and stops the bullet just an inch shy of hitting his face. Mawzir’s delight at stopping the bullet is short-lived as Midnighter head butts the bullet through Mawzir’s head, killing the demon. However, Midnighter seems seriously injured himself.

Neron shows Apollo how easily the damage to his castle is undone to dispirit Apollo, but Apollo comes to a realization and offers Neron a challenge: Apollo will ask Neron a single question. If Neron get the answer right, Apollo will freely surrender his soul to Neron. If Neron gets it wrong, Apollo’s power will be restored and he will be returned to Earth.

The Lords of the Gun also have an offer for Midnighter. They are prepared to make him their new agent, all he has to do is give up his quest to save Apollo. Instead Midnighter brow beats them into revealing where Midnighter can find Nero.

Meanwhile, Neron accepts Apollo’s challenge, confident in his ability to divine the answer to any riddle that Apollo can come up with. So, Apollo asks simply, “Why do I call myself Apollo?”

Neron answers, “Apollo is a god. You, with your small story of human struggle, think you’ve somehow earned his name. Like Lucifer before you, you think you deserve more.” And waits for Apollo to respond.

Midnighter has arrived at Neron’s castle, and finds that Neron has Apollo kept prisoner in a giant bottle. Neron informs Midnighter that Apollo gambled on a riddle and lost his soul. Midnighter tells Neron that Apollo’s a thinker, while he’s a fighter and calls Neron out.

Positives
There is no doubt that Midnighter is a character conceived in the mold of Batman. The main difference is that Midnighter has no qualms against killing. As such, Midnighter is one of the biggest badasses in the DC Universe. His easy dispatch of Mawzir is ample evidence of this. 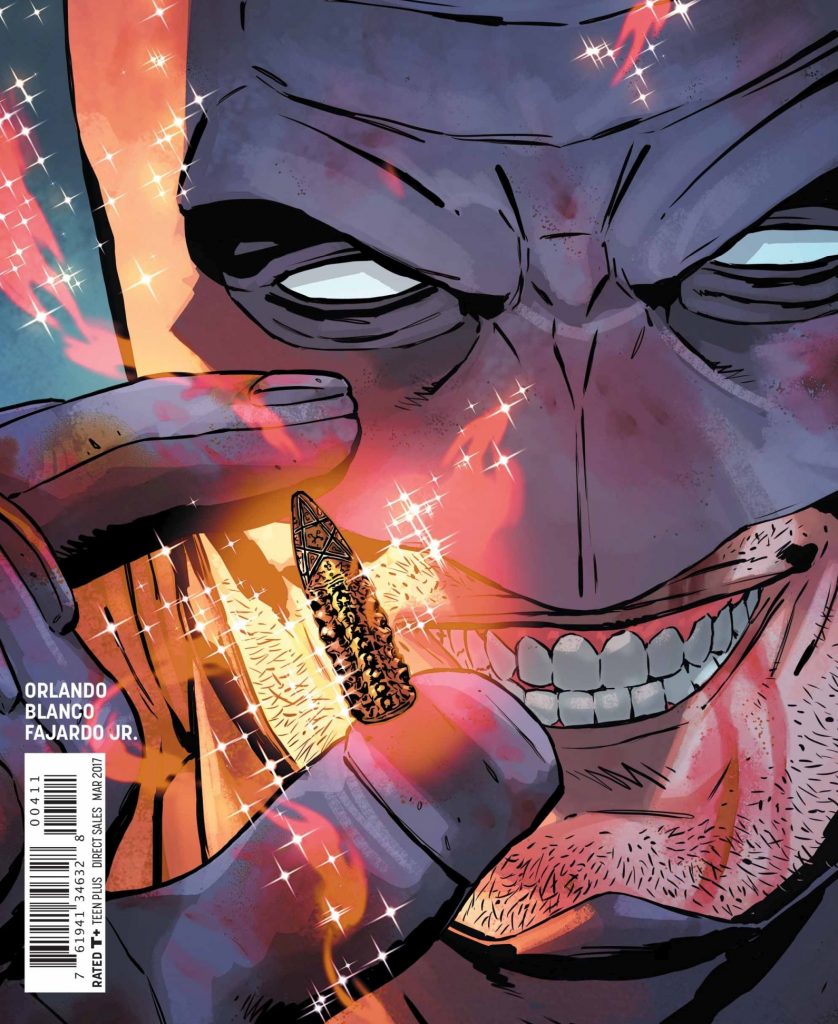 Also, Apollo seems to be giving a good accounting of himself in his battle of the wits with Neron. I suspect that Neron is being misleading when he says he could take Apollo’s soul by force. It makes more sense within DC’s cosmology that demons can only take souls if they are freely given.

Also, I suspect that Apollo has somehow tricked Neron, and that Neron’s answer to his question is wrong.

Negatives
I am a bit disappointed that Gregorio is not present this issue, however the title is Midnighter and Apollo, not Midnighter, Apollo, and Extrano. I trust that he will appear again when the title characters return from Hell. And perhaps he will be made use of in the wider DC Universe.

Verdict
The story follows the classic theme of a lover fighting his way through Hell, against impossible odds to save his lover. How could Midnighter be any more badass than that?