[Editor’s note: This is a spoiler free review.]

Summary
Wonder Woman and the Bionic Woman continue their investigation while their foes form their plan.

Positives
The cover by Cat Staggs is gorgeous. It’s an amazing action shot that immediately grabs one’s attention and represents a scene from the issue which is too rare these days. It also just looks great with wonderful detail and colors.

The interior art is by Judit Tondora and Roland Pilcz. I love how expressive the faces are and the likenesses are spot on. In general, I just really like this style. It almost looks like a big budget episode of Super Friends. The colors and the framing feel very 1970s to me. The art represents both shows very well. 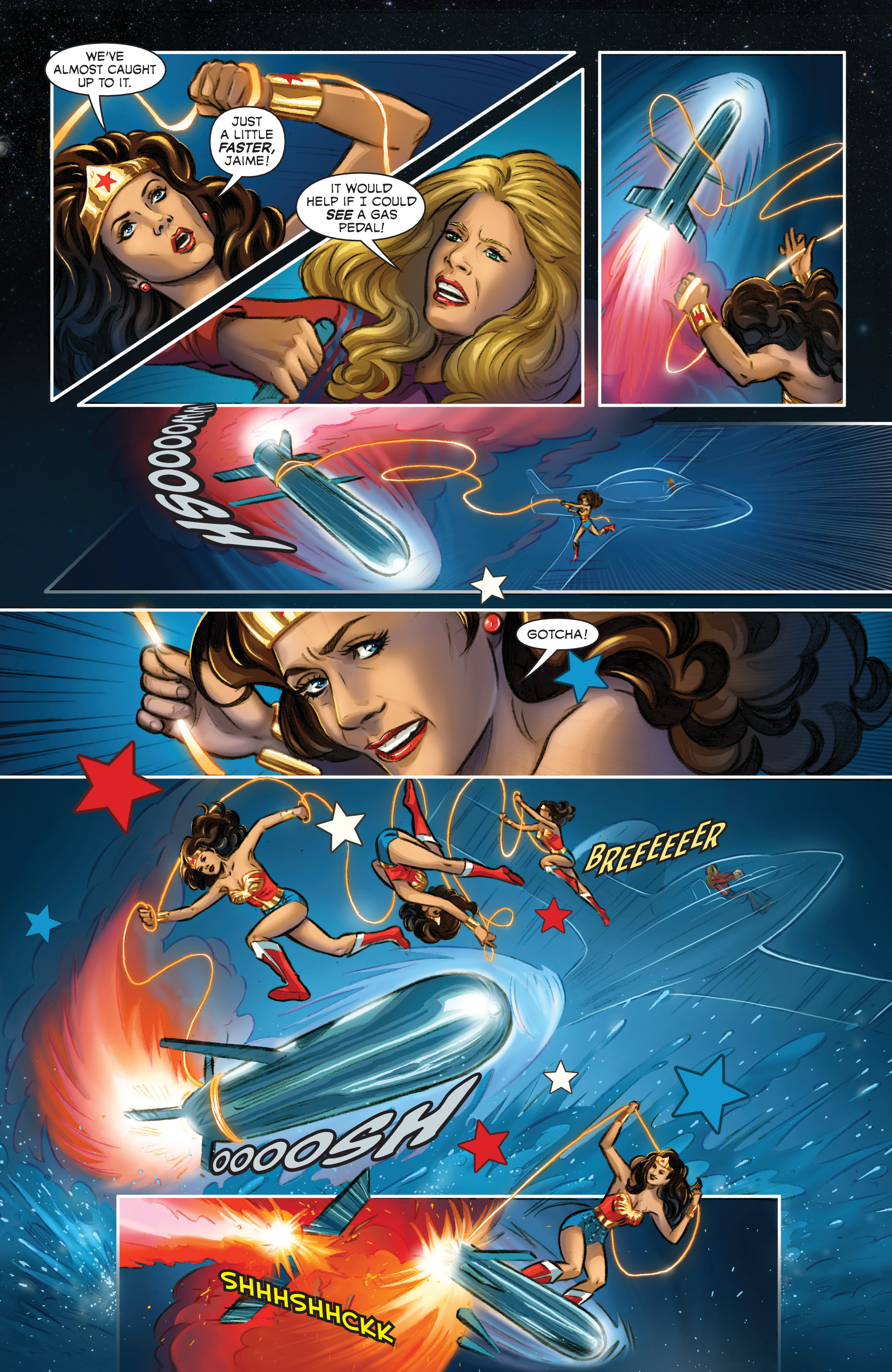 Andy Mangels’ writing is great, especially the dialogue. He has really got the voices of the characters down. Every exchange feels very natural but also fun. Diana and Jaime have a great back and forth that is very enjoyable to read and their voices are distinct.

I really like the villains’ plan in this. It’s fun that it is formed from several episodes of both shows; Mangels found common elements and themes in the two shows and brought them together for this. It actually justifies this crossover more than a lot of the other recent classic DCTV show crossovers. They genuinely feel like part of the same universe.

Negatives
While I like that the villains come from several different episodes, there is a scene in which that has to be laid out. Every character has to say what their backstory is with a note about what episode of which show the character is from. I’m not sure how else this could have been done but it is the only part of the issue that is dull. It’s just this huge exposition dump. Some of the information is needed but it is tedious to read essentially what are recaps of episodes — especially when I have seen every episode of Wonder Woman.

Verdict
This is a great issue. It’s certainly the most fun of the three thanks to some terrific action and fun dialogue. The villain plot is interesting and engaging and manages to pull elements from the shows to naturally bring them together. And the art is fantastic throughout.