While out retracing their steps from the attack my Mongol and the Black Mercy, the Trinity are suddenly Boom Tubed to the Watchtower by Cyborg. Some sort of alien tech has invaded and ripped it’s way inside of the space station and Cyborg is being eaten alive! 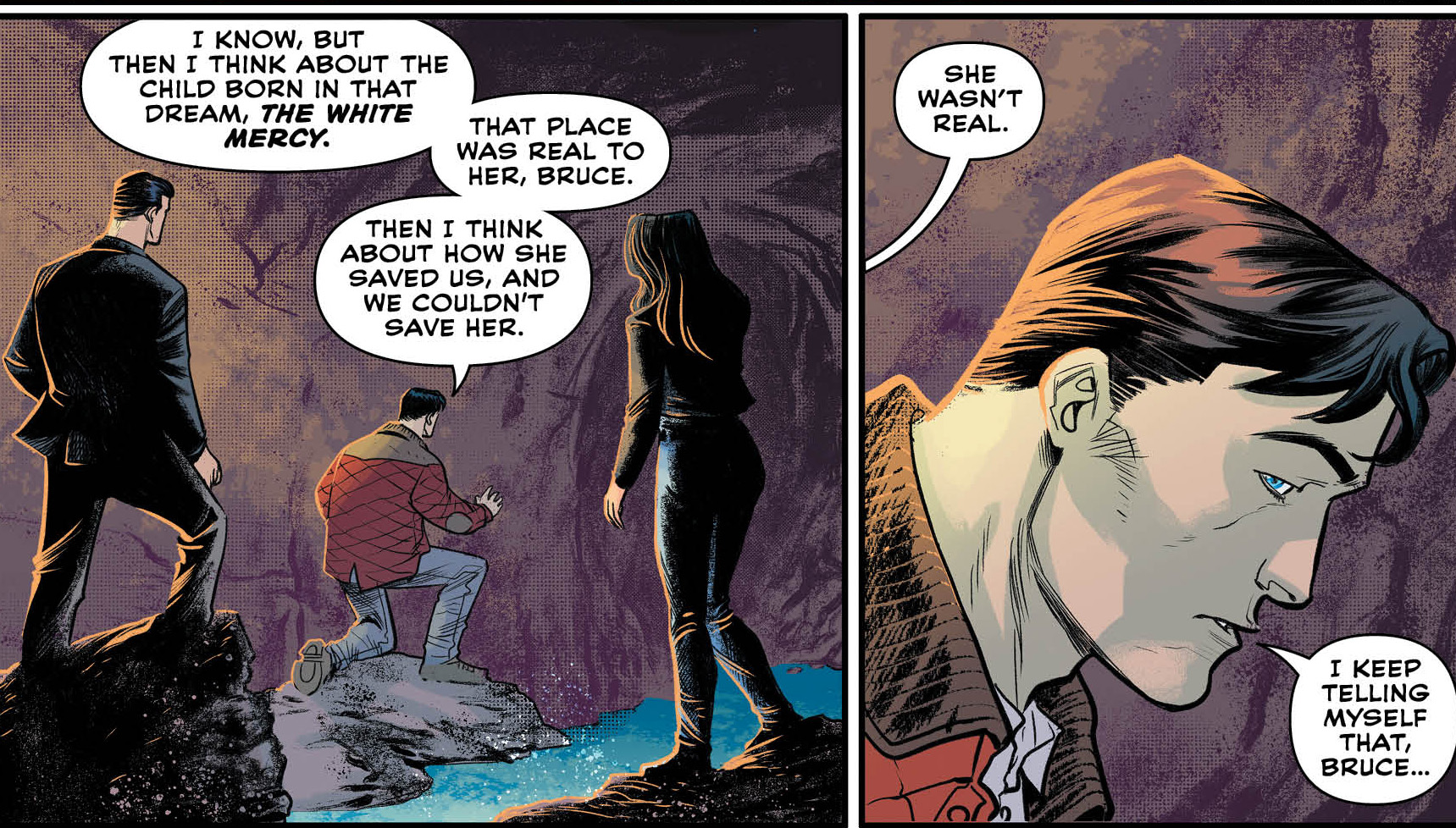 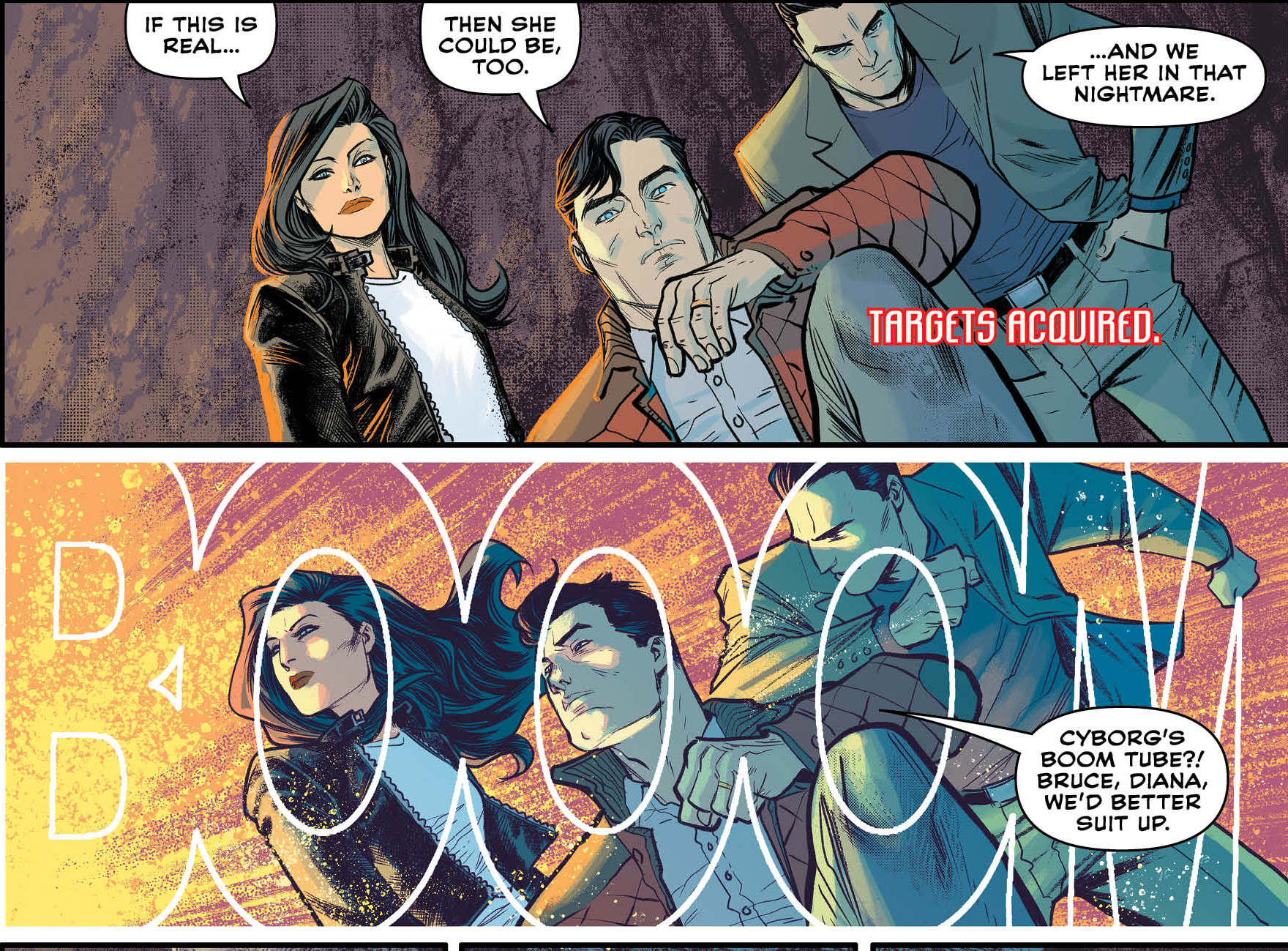 Not very often, but occasionally, a single creator is allowed to take the reigns on a series and create. I always love when this happens as it allows them to experiment and show you through panels and dialogue exactly what they see in their head. Manapul gets his opportunity in this issue!

The art in Trinity #9 is fantastic. Each character has their own unique feel and they stand apart well. The coloring that Manapul uses in this issue relies heavily on a common theme, with each color reflecting that. If it’s bright and sunny, each color is more warm for instance. On the 11th page there is also a rough looking, schematic drawing of the exterior of the tower which is used really well in the context of the characters actions to show the flow of movement. 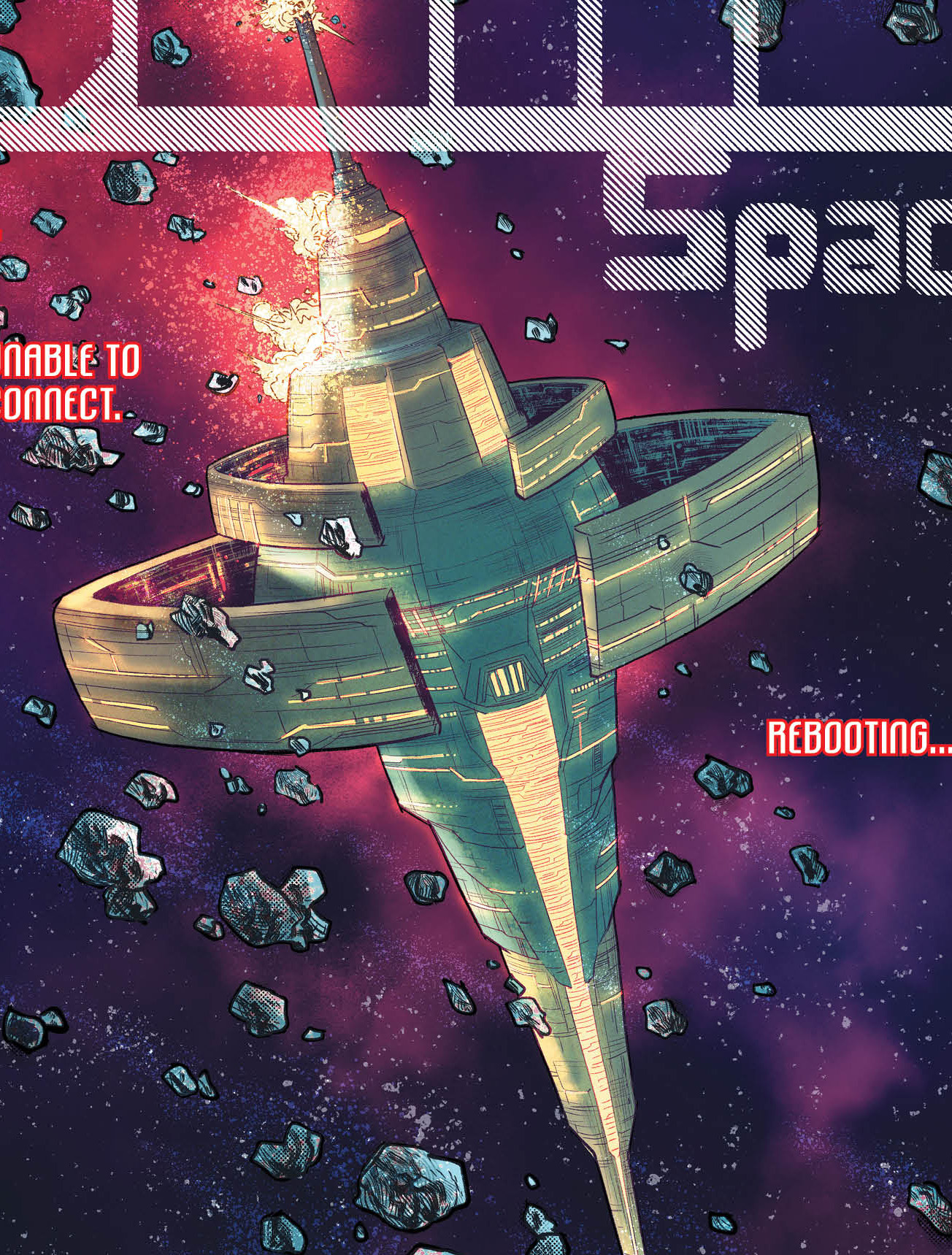 The writing in this issue is fun, while being predictable. It must be very hard to write the Trinity and have it flow well, without having each character suddenly saying the same things with the writing being stuck to the architypes that each character embody. In one scene where Superman is contemplating the White Mercy, a dream, Batman is constantly interjecting that it is just a dream, or fake. At the same time Wonder Woman is extremely understanding and experienced so she seems like the typical mother figure. This type of problem easily presents itself in many scenes with the Trinity in any book they are in. Future scenes and dialogue need to change in a way or at least make the stances of the three characters more natural feeling, even in the super and fantasticaly unnatural world of DC comics.

This issue is really fun and readers will finish it quite quickly. It sets up a great arc in Justice League and Trinity in the coming months.