Review: Batgirl and the Birds of Prey #11

The Birds are hanging Gus over the balcony by his feet threatening to drop him.  Sort of.  Batgirl discloses that she’s been keeping an eye and ear on Gus’s computer and that she’s figured out he’s hiding something.  They get him to tell the whole story and it is not a simple one.  Gus got noticed by a real DC Universe villain and apprenticed to him for a while.  This earned Gus lots of money.  However, he felt bad about what he was doing, even though the money allowed him to help his single mother financially, including paying off her mortgage.  He also decided to give most of the money to charity. 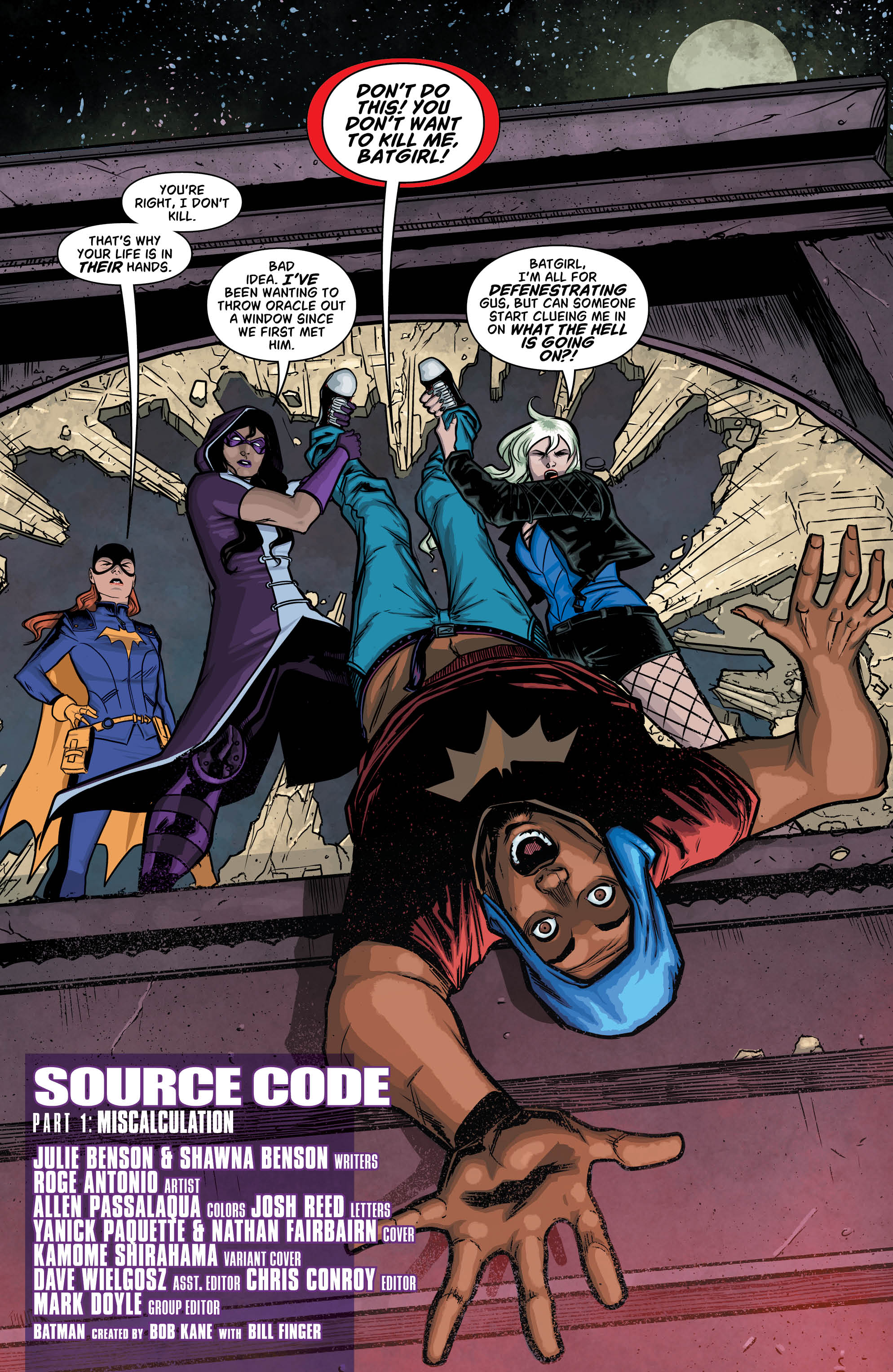 This apprenticeship put Gus in a position he didn’t enjoy.  He saw innocents get hurt.  He saw how his illegal activities had an impact others and that there was certainly no “victimless crime.”  In the process, he assisted a client on a large corporate theft.  This caused the villain to whom he was apprenticed a problem when the villain was traced by the corporation.  This corporation has had the villain’s family kidnapped and held for ransom.  And unless he turns over what was stolen they will kill them.

This is why Gus’s boss wants to meet the Birds of Prey.  And wait until you see who the mysterious unnamed client is. 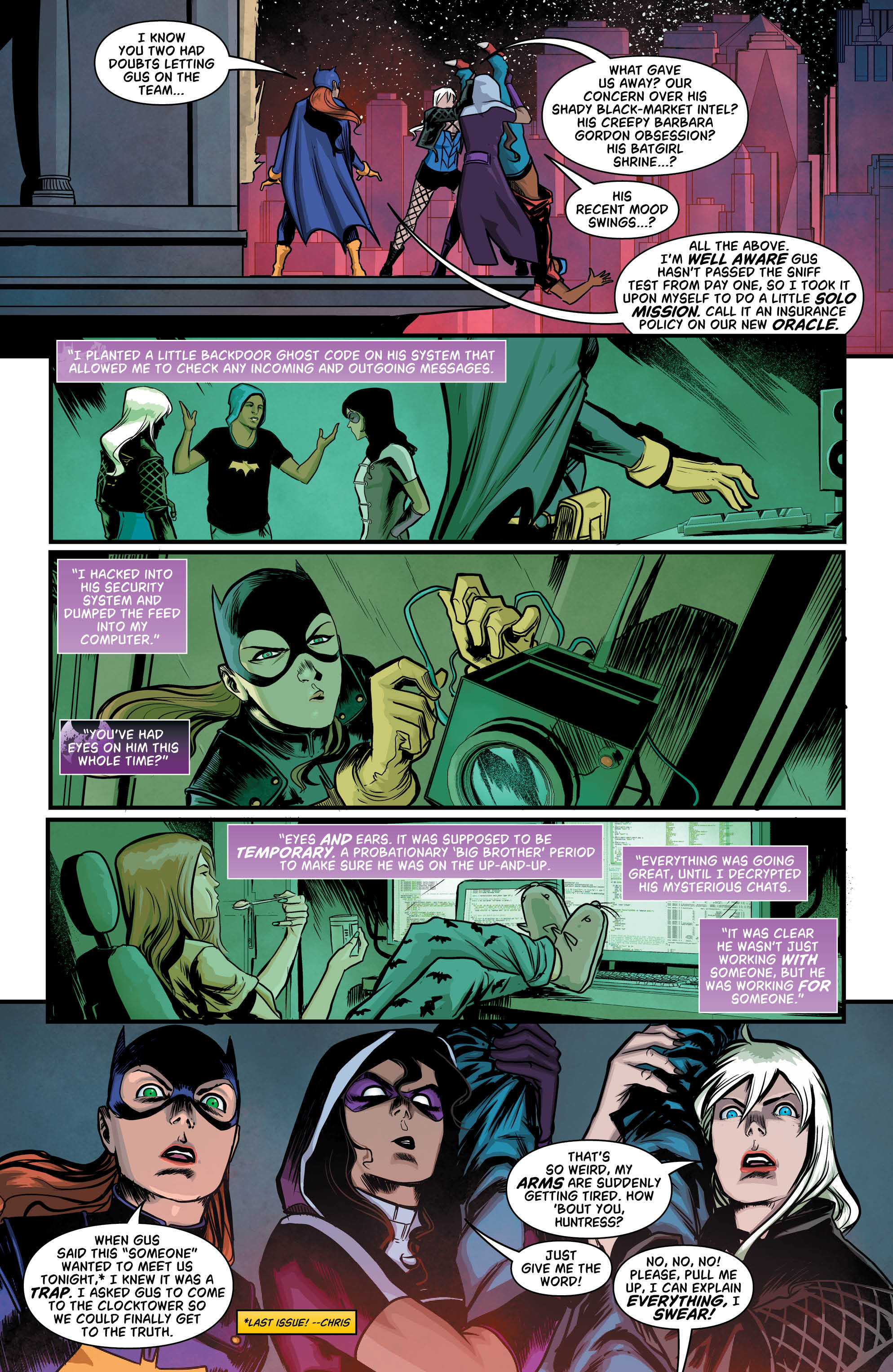 We’ve been teased with Gus’s fidelity since his first appearance.  This issue finally explains what’s going on with him.  The nice part is that the resolution is complex and the Birds’ response is equally complex.  It’s a fine bit of story telling that focuses on the characters and their moral compasses as well as presenting perhaps one of the most complex villains in the history of comics.  The other nice part is the appearance of two familiar faces who haven’t been around in a while, but who have both played a part in the past in the Birds’ lives. 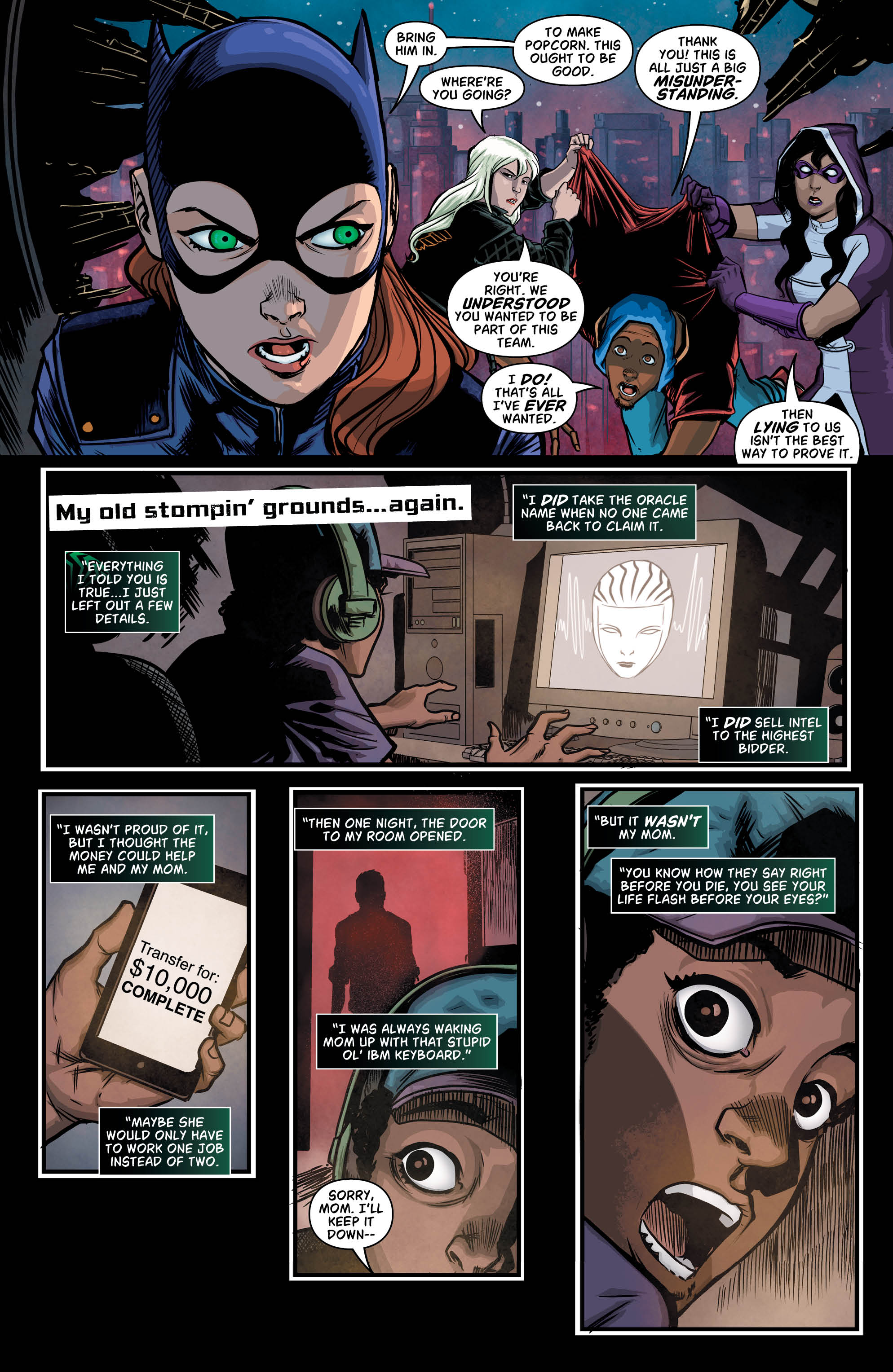 The only part of this story line that has given me pause is the fact that Gus’s imminent betrayal was telegraphed early on.  However, the complexity of his situation and the fact that Barbara was essentially waiting for him to give himself away mitigates this aspect entirely.  Sure, it’s a cliche, but the execution is so effective it barely bears mentioning. 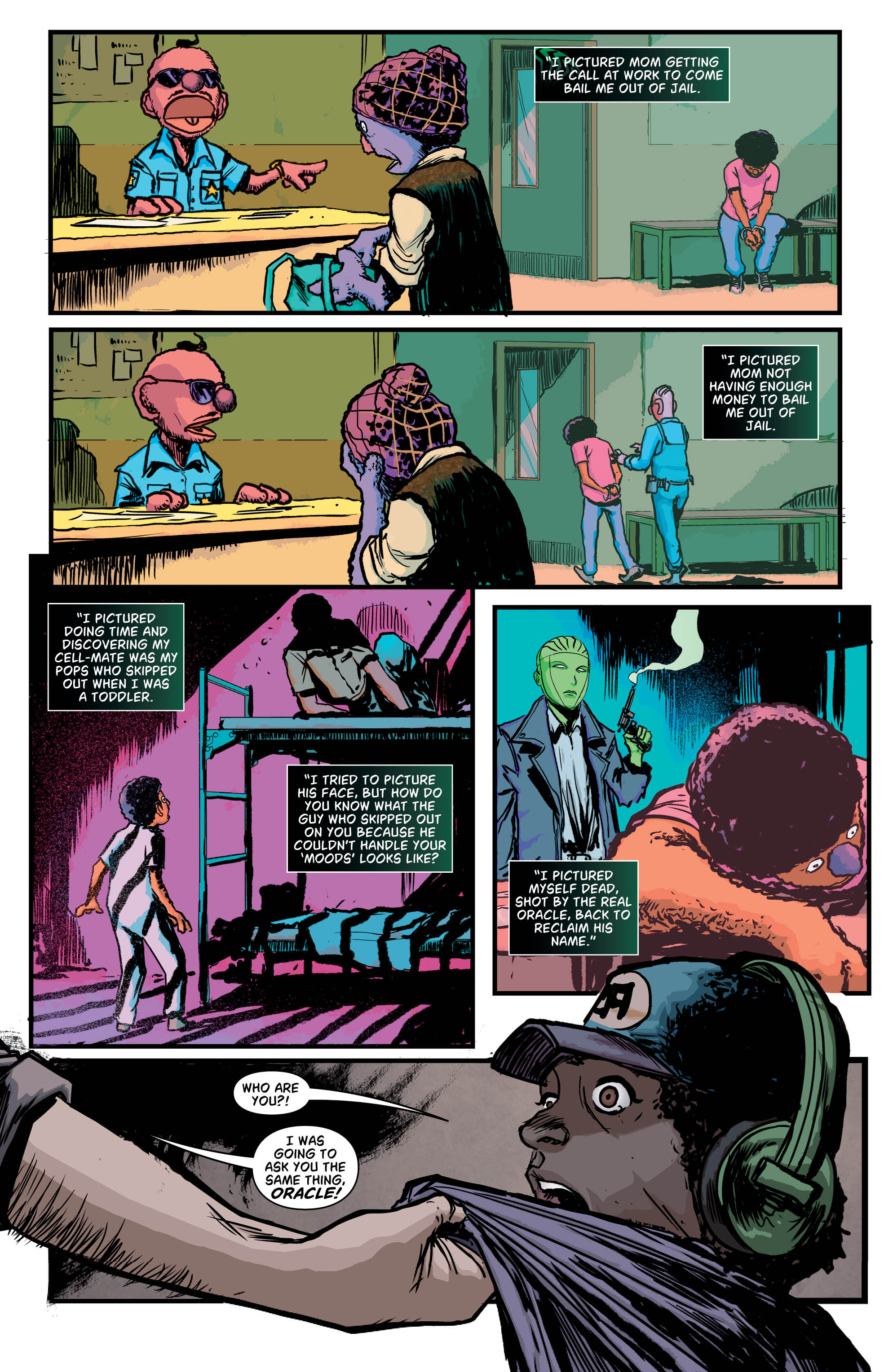 Batgirl and the Birds of Prey continues to feel familiar and maintain a continuity from it’s classic incarnation, yet also be fresh and contemporary.  There is just the right amount of nostalgia for long time fans but not so much that it alienates new readers.  Hard to go wrong with this title!