Batgirl investigates a potential haunting at a pool.

The cover by Dan Mora is incredible. It’s such a creepy image, but in an intriguing way. It’s a cover that makes me want to know what’s going on. I love the darkness of the water and the weird form of the spirit. There’s a hand but nothing else really looks human; it’s a little freaky. And the cover is really well drawn; Batgirl looks great. 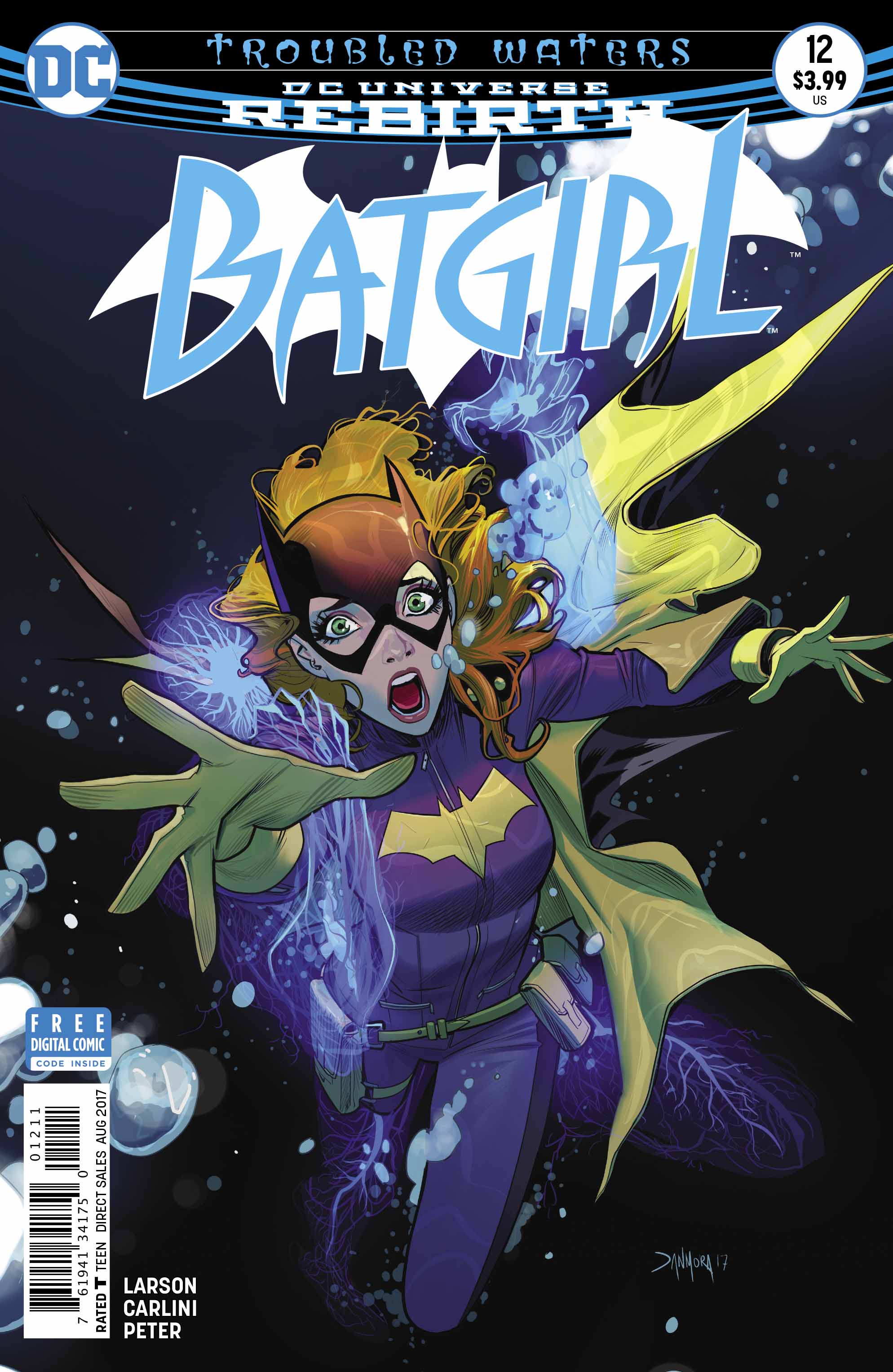 The interior art is by Eleonora Carlini with colors by Cris Peter. This is a really great team for this book. The characters all look great. The spirit isn’t as creepy as the one on the cover but that’s not really the intent. It’s still a cool design and I like that it’s purple. There’s some nice details too. There’s a newspaper headline that reports a professor going to jail for “aggravated teleportation.” That’s just hilarious. Babs looks super cute when she’s researching the potential spirit at her home; I love the way Carlini draws her. Batgirl also has a swimming suit version of her costume which is pretty cool. 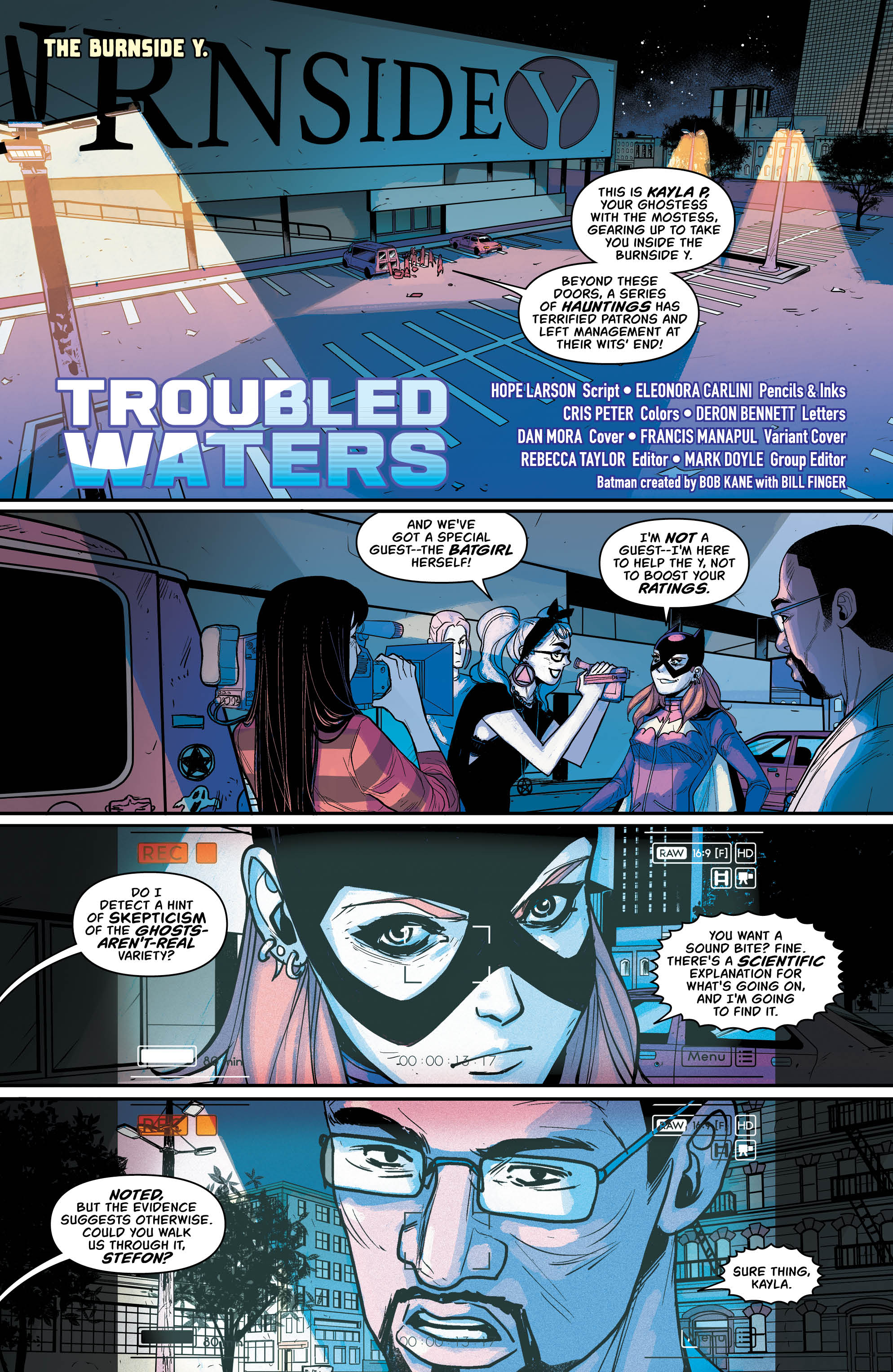 I love the basic premise of this. Ghosts are always fun and I like that a more scientific mind like Barbara’s has to confront it. The way the story plays out is really interesting. There’s a mystery element and I like Babs getting to be a detective and figure it out. It’s a really fun story.

The story is also only one part. Multi-part stories can be great, but they often feel stretched out unnecessarily in order to fill a trade; it’s one of my problems with current comics. So it’s really refreshing to have a story that’s done in one issue. And it’s a really fun story too.

I love this issue; it might be one of my favorites, if not my favorite, in Hope Larson’s run and I’ve liked this current series a lot. It’s just a lot of fun with a creative story. The art is stellar; I adore Carlini’s pencils especially on the characters. This was a really fun read and I highly recommend it.