Review: Bug! The Adventures of Forager #3 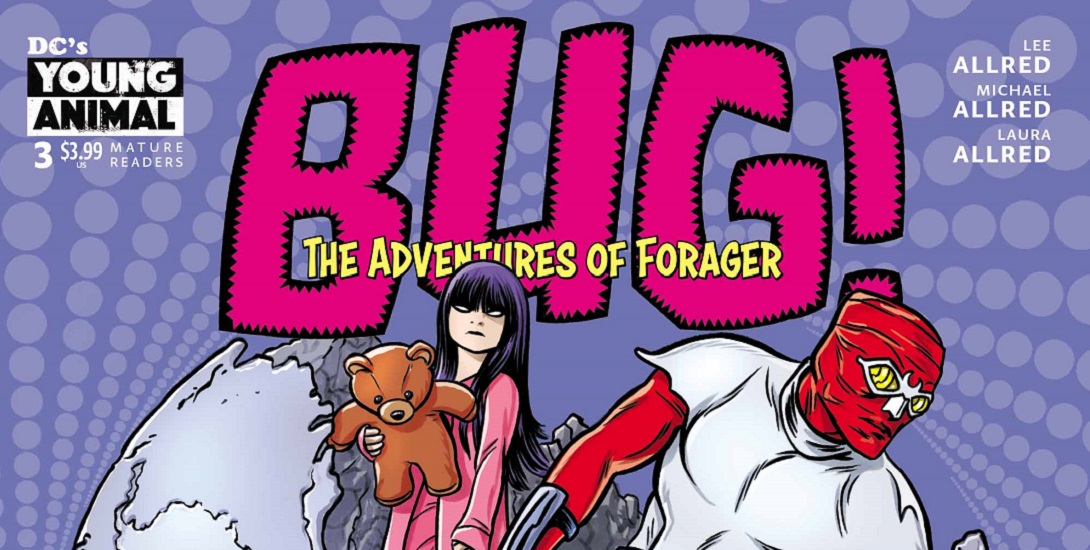 Bug, the girl and the teddy bear fall out of the sky onto a conveniently placed haystack on a lava field (not kidding).  They hijack a yak and ride…(again, not kidding).  They stumble upon a campsite and begin to settle in as they await Chagra’s appearance.  However, Atlas arrives first.  Yes, Jack Kirby’s creation from the mid ’70’s.  Atlas isn’t happy about Bug and crew taking over his campsite.  There is a half-hearted fight and Atlas lets them have the campsite.  Bug can’t figure out why they can’t go ahead and stop Chagra now, before he commits heinous crimes.  The teddy bear has to explain the rules of time travel that you can’t punish someone for crimes before they are committed.

The teddy bear also explains Bug’s true past to him, that he is not really a bug and that he is a son of New Genesis.  When he died he was placed against the Source Wall and absorbed and there is no explanation for how he ended up in that basement back in issue one.  Ask the Source Wall.  The next day when they get where they’re going, it happens to be the day that Chagra goes bad.  Unable to stop him before he does, Chagra attempts to Boom Tube with a Mother Box.  Bug stops him, but at the cost of destroying the entity behind all Mother Boxes.

One can’t help but be amused by the pun on Atlas’s first appearance in 1st Issue Special #1 back in 1975.  Additionally, this issue, and series for that matter, winks and nudges at the fourth wall continuously.  Fourth wall = Source Wall?  Hmmmm.   The story is humorous and light-hearted.  It’s also a little bit crazy.  Don’t ask too many questions.  The fun aspect of this book is it’s biggest positive.

At times, things don’t seem to make sense.  It’s all part of the zaniness which is fun, but it could leave traditional readers a little confused.

While this may not be a book for everyone, a real love of Jack Kirby’s work comes through.  It’s a book that focuses more on fun than anything else.  The story may seem nonsensical at times, but the humor compensates. 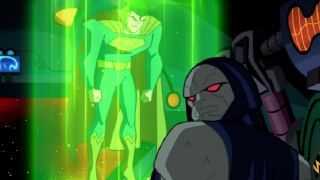 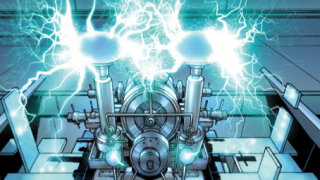 Top 10 Most Powerful Items in the DC Universe