When ordinary people’s lives have been changed thanks to mysterious wishes, a mysterious entity known as the Kingbutcher appears. As the victims find their lives completely ruined, the Justice League of America investigates. Is the Kingbutcher really out to destroy lives and end these wishes being granted? Or is reality actually at stake? 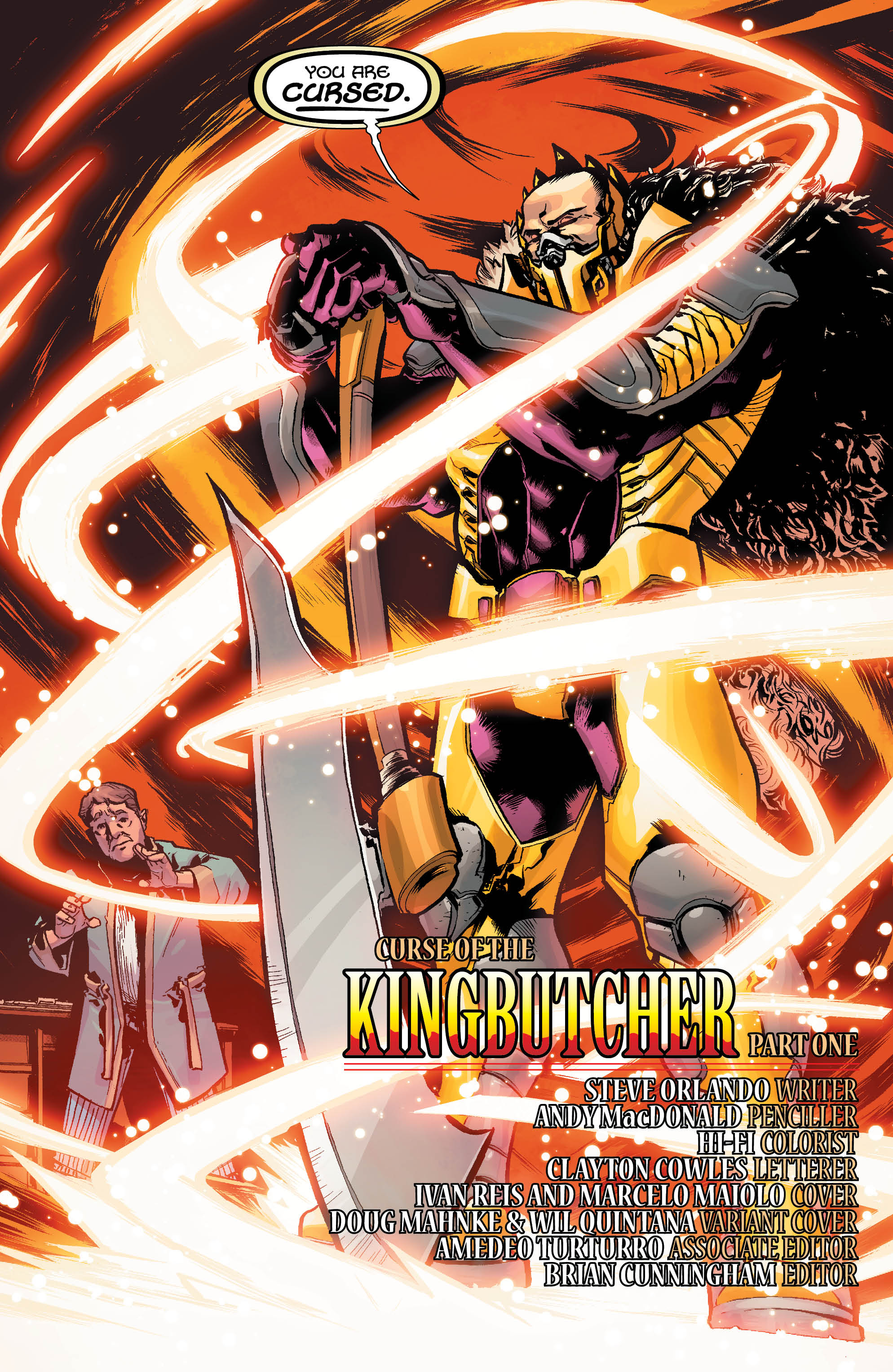 Steve Orlando really does a great job at showing some friction within the team in this issue. After last issue almost everyone is questioning Batman’s “my way” leadership, which leads to Batman having a discussion with the group. Ray is still angered that his trust and faith that Makson was a good person was ultimately in failure. Ray seems to think that his faith in people and constant optimism are starting to become a burden to the group. However he’s soon reassured that it’s not–and it may be the very reason he was picked in the first place. Every team needs a conscience for it, and I believe that Ray is that conscience. 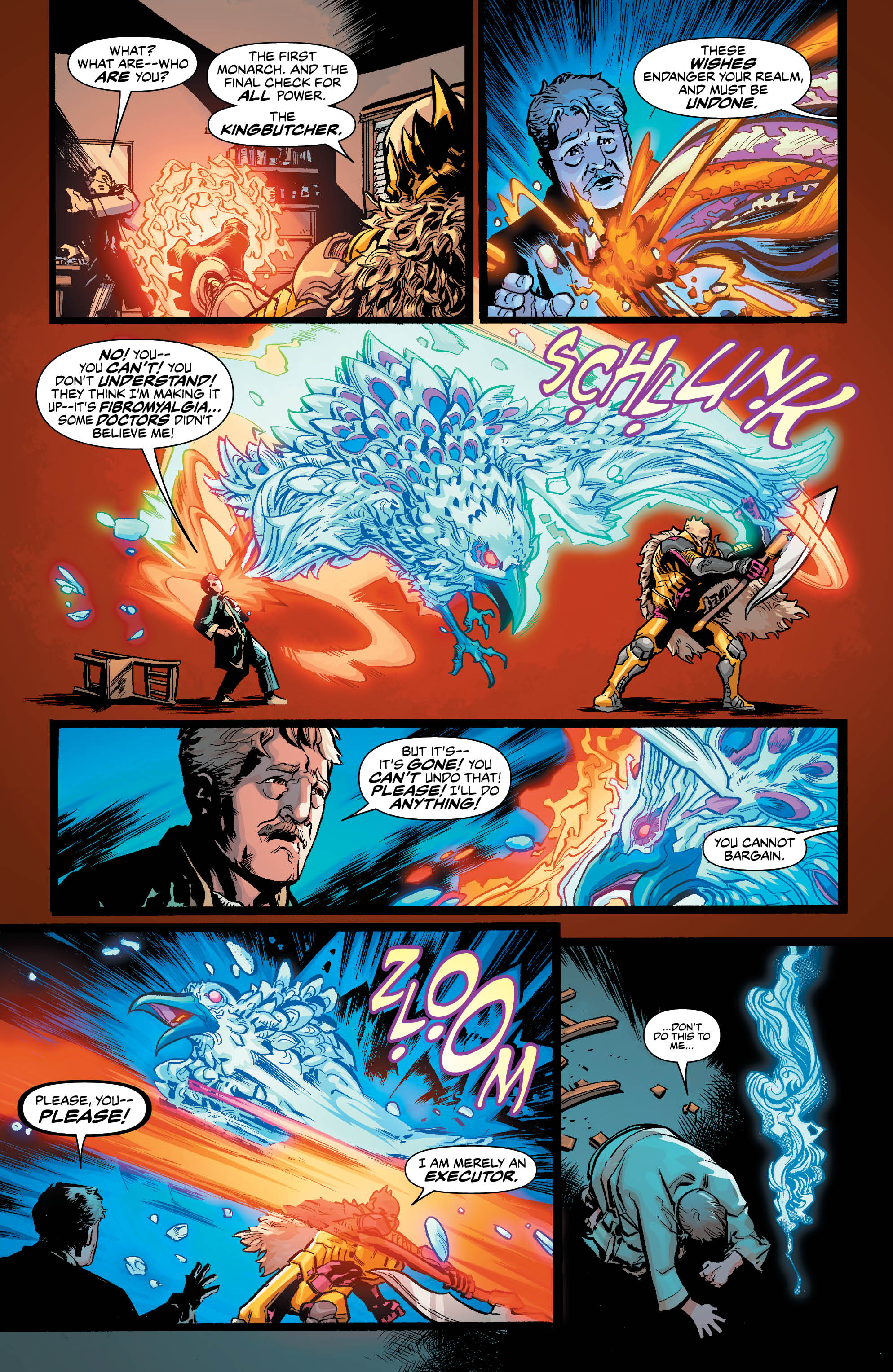 As much as I am a Batman fan, I have to admit, I’m tired of seeing him in every issue. Between leading his team in Gotham, and also being a member of the powerhouse Justice League, does Batman REALLY need another team to lead? I was thinking at first that Vixen or Black Canary would step up and lead the team, but this issue they were almost non-existent and to me it wasn’t fair. I’d love to see either Vixen or Black Canary step back to the leadership plate in future issues. 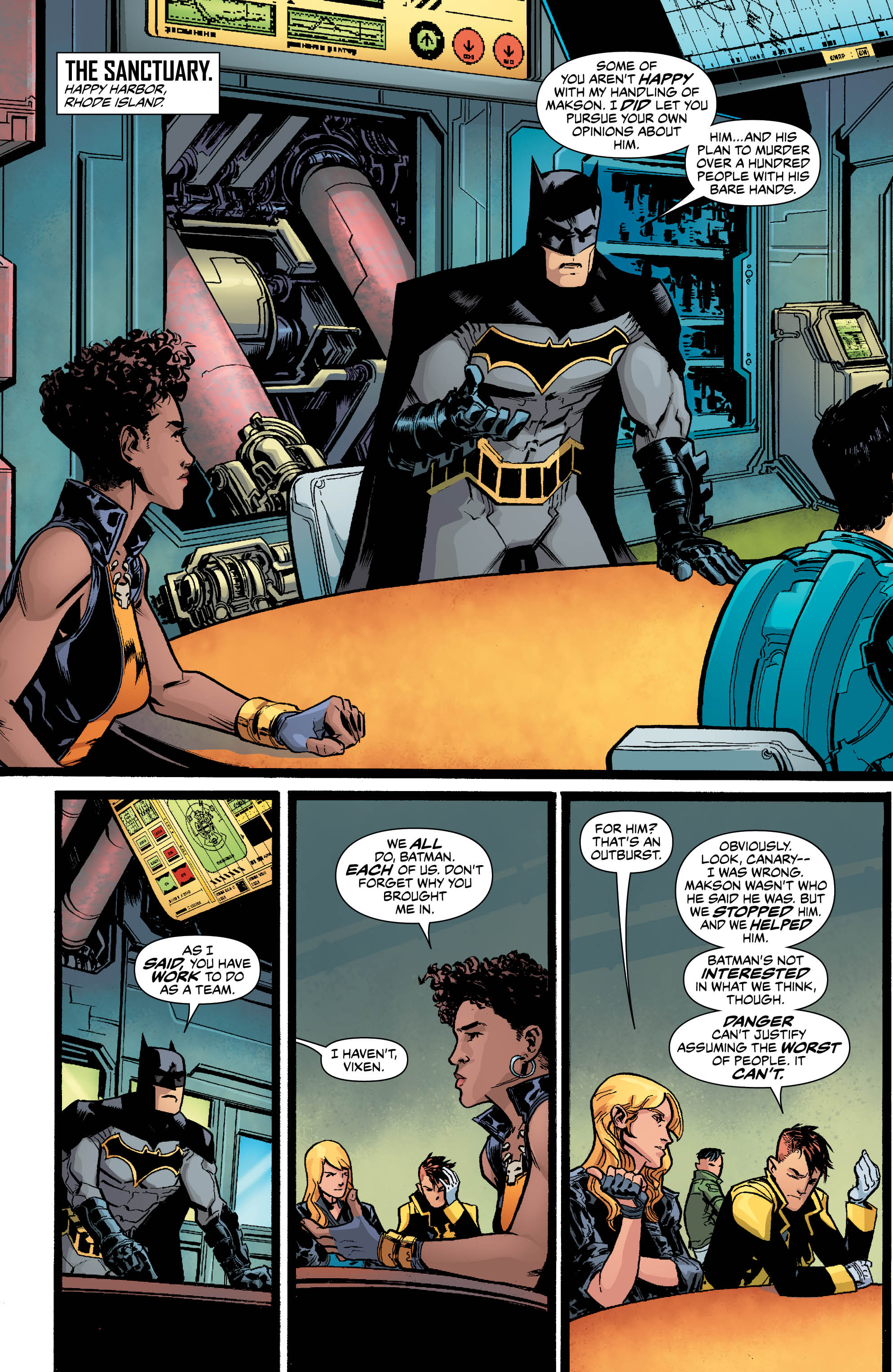 I thought Justice League of America #10 was a good read. I thought that the character of the Kingbutcher was pretty interesting, and I hope Orlando provides us a backstory next issue to exactly who this new threat is. I’m definitely expecting an action filled issue next time as the team makes a startling discovery at the end of the book.